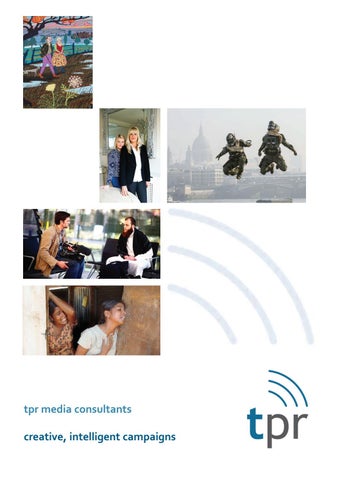 For nearly two decades, tpr media has worked with some of the most outstanding international documentary filmmakers. Among these are Nick Broomfield, Morgan Spurlock, Larry Charles, Kim Longinotto, Brian Hill, Roger Graef, Brian Woods, Daisy Asquith, Angus Macqueen and Morgan Matthews. We’ve worked on the international festival circuit including the London Film Festival, Sheffield Doc/Fest and Raindance. At IDFA in Amsterdam, tpr media handled the PR for the premiere of Matt Shepard is a Friend of Mine by first-time filmmaker Michele Josue; the film was recently awarded an Emmy. We’re fiercely dedicated to documentary as art form and in the spirit of documentary filmmaking, we aim to create campaigns that open conversations and debate, working with talented and trusted journalists across print, broadcast and online to stimulate discussion. Providing first-class campaigns for factual and documentary programming in the UK and internationally is a key area of our expertise. We are passionate about compelling storytelling and we like to reflect that in our campaigns. We believe that each project is different and that’s why we create bespoke, tailored campaigns. We’re boutique enough to be passionate, and well connected enough to deliver results. tpr media can offer the profile and positioning that sets its clients apart from the crowd and has represented some of the world’s most influential and creative broadcast, media and arts organisations. These include Channel 4, BBC, Associated Press, Reuters and BRITDOC, as well as many leading production companies.

tpr m manages to reach parts p of the media m that no one else can. can The co company ompany is a joy for f any film-maker film-m maker to work w with.” ith.” Alain de Botton, B author and philosoph philosopher her

tp tpr pr did a brilliant job j p romoting Top Bo oy and promoting Boy m made a big contri bution contribution to o the success it turned urned out ou ut to be.”

tp tpr pr p p put their all in into nto promoting pr romoting the series series and got go ot us everywhere e from T The Sun to Start th the he W Week, helping mak ke these make the th he most talked about ab bout tapestries ta apestries since Bayeux.” Ba ayeux.”

tp tpr pr committed a huge h amount a mount of time, passion assion and a nd energy to securing uring m media coverage. g We are a re delighted with h the coverage co overage and it has as d driven a large increase crease in n the number of enquiries en nquiries coming into the th he organisation.””

Neil Ne eil Crombie,, director, directorr,, All in the the Best Possible Possible

Taste T aste asste According According to Grayson Perry Perry

A taste of our campaigns...

Last Whites of the East End Lambent Productions, BBC One, May 2016 In the usual heady rush of TV scheduling, we were contacted at the last minute – just two weeks before transmission – to promote the thoughtful and provocative documentary Last Whites of

one long-standing community – the East End cockneys. With the European referendum looming

and immigration at the top of the agenda, the challenge was to create a thoughtful campaign

that acknowledged the complexities lying beneath the surface of this story – a portrait of this tight-knit community, and what is driving them to leave.

important questions. The debate on radio and TV was similarly open and informed. On BBC

from Bromley to Brixton, not just in Newham. Feltz noted that her own grandparents moved

from the East End to the suburbs. Meanwhile contributor Usmaan – whose family has lived in the East London for five generations – spoke on Eddie Nestor’s Drive Time show about his real concern that the cockney way of life would vanish.

could have killed over 100 women, potentially making him the most prolific serial killer in history. Significantly his arrest was not the product of painstaking detective work but completely

accidental, the result of a computer DNA match that linked him to a possible 20 victims. Tales of the Grim Sleeper looks into how it was possible for this to happen, investigating the shocking levels of official neglect for African-Americans in the US today.

Glasgow and Ipswich at cinemas including Curzon and Picturehouse branches. Our strategy was

both national and regional, resulting in features in the Guardian, Telegraph and The Sun,

alongside TV and radio interviews with a wide range of regional titles.

The Telegraph The Guardian

unbelievable scenes encountered there. Acclaimed by the 2014 Sheffield Doc/Fest jury, this deeply moving film ‘reveals the power of documentary and why it matters.’

When Allied forces liberated the Nazi concentration camps in 1944-45, their terrible discoveries

revealed for the first time the full horror of what had happened. Making use of British, Soviet and

Television) aimed to create a documentary that would provide lasting, undeniable evidence of the

Nazis’ unspeakable crimes. He commissioned a wealth of British talent, including writer and future

Yet, despite initial support from the British and US Governments, the film was shelved before it could be completed. It was considered too sensitive for the rapidly changing political climate as

70 years later, on the anniversary of the liberation of the concentration camps, tpr media were

commissioned to coordinate a publicity campaign around Channel 4’s broadcast, part of a

coordinated screening of the feature-length documentary across Europe and around the world, including the US, Israel and Japan, with 15 other broadcasters.

Our coverage included a feature in the Guardian on the impact of the images in Holocaust: Night

Will Fall, an article in the Jewish Chronicle and an interview with André Singer on BBC’s World

No Fire Zone: The Killing Fields of Sri Lanka Outsider TV, Channel 4, 2012 to 2016 Since 2012, we’ve been working on Callum Macrae’s Emmy and Nobel-nominated documentary

film No Fire Zone. The product of a three-year investigation, the film documents the horrific human rights abuses committed in the closing weeks of civil war in Sri Lanka in 2009.

We’re extremely proud to have managed an ongoing UK and international news and current affairs press campaign for No Fire Zone, which has raised international awareness and even

In addition to securing hundreds of articles, features and reports in newspapers, magazines and websites worldwide – from The New York Times to The Times of India – as well as over 50

with the feature-length documentary widely tweeted about, from politicians to high profile celebrities, trending both in the United Kingdom and India.

called for an independent investigation: “No Fire Zone is one of the most chilling documentaries I've watched…. Many of the images are truly shocking…. This documentary raises very serious questions that the Sri Lankan government must answer about what it did to protect innocent

civilians. Questions that strengthen the case for an independent investigation. Questions that need answers if Sri Lanka is to build the truly peaceful and inclusive future its people deserve.”

The Times of India Mail Online

The Undateables Betty TV, Channel 4, Series 1– 3, 2012 to 2014 tpr media was responsible for promoting the first three series of Channel 4’s The Undateables and creating a brand for this award-winning series about dating and disability. There was a delicate

balance to be struck between being tasteful and provocative. Our contributors – who were all

looking for a relationship with someone special – had a range of disabilities, some physical, some

mental, and it was important for us to engage them in the campaign and for them to have input in how it should run.

debate. Many of the contributors liked this because they said that too often disabled people are

not heard but ‘The Undateables’ couldn’t be ignored. In fact, in the series titles the ‘Un’ prefix of

Undateables is dislodged by ‘cupid’s arrow’, making the contributors dateable. The campaign,

across all three series, was at heart human interest and case-study led. We provided media training for contributors who appeared on TV sofas – Good Morning Britain, This Morning, Lorraine and in articles in the Guardian and The Sun.

All in the Best Possible Taste with Grayson Perry Seneca Productions, Channel 4, June 2012 In this three-part series for Channel 4, Grayson Perry, one of Britain's leading artists, and winner

of the Turner Prize, explored the details of modern life, and the truths those details tell us about

ourselves. The work that resulted was Perry’s notorious series of six imposing tapestries called

‘The Vanity of Small Differences’ – his personal but panoramic take on the taste of 21st century Britain.

tpr media’s campaign around the series exceeded press targets, continuing to build in

momentum as the series developed. Highlights include features in Sunday Times magazine,

Radio Times and a picture-led Eyewitness profile by Charlotte Williamson in the Guardian.

Grayson Perry appeared on Radio 4’s Start The Week, the series was reviewed on Saturday Review with Tom Sutcliffe and Perry authored pieces for i, The Times, The Sun and Royal

campaign around the different elements of Don’t Stop The Music, the passionate campaign of

instrument to charity shops in a nationwide ‘instrument amnesty’. The instruments were then given a new lease of life before being distributed to selected primary schools in need.

The campaign required a strong, national profile coupled with regional grassroots coverage in

schools, creating resource packs, which included a template release and clear instructions on

regionals, as well as specialist education and music press.

the public and brought together by their passion for a safer and better NHS. Dr Ben White, Dr

patient safety and affect the future of the NHS.

Earlier this year, tpr media were appointed by Justice for Heath, to lead an ongoing press

campaign to support a legal challenge against the new junior doctors’ contracts. This judicial

review process formed part of the ongoing challenge by junior doctors nationwide, including

Britain on Monday 25 April, the day before the first-ever all-out strike by doctors. Ben resigned in

protest over the new junior doctor contacts and the impact they would have on patient care and the future of the NHS. His resignation became the key human interest story of the week. He

coverage, as well as the Standard and several online outlets including The Huffington Post,

Buzzfeed and Vice. Open letters by the Justice for Health team ran in The Telegraph, The Mirror

and the Standard. tpr media’s longer term aim is to help the Justice for Health team identify key stories that tie into wider issues about the NHS.

last three decades. Today, with workshops in West London and in Glasgow, Artem continues to

serve as a one-stop-shop for television, film and advertising alongside live events, exhibitions and retail display industries. The creative effects and innovative solutions team can provide props,

tpr media has been working with Artem since 2012 when the company was contracted to provide a vast range of effects for the London Olympics opening and closing ceremonies, from giant puppet to a 50m inflatable octopus. Since then, we have worked to highlight the range of Artem’s work in trade media, alongside national, online, TV and radio.

Coverage highlights have included a feature in the Mail on Sunday’s Event magazine, a video

Time Out and Stylist, and a cover story for 3D Digital. 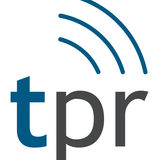