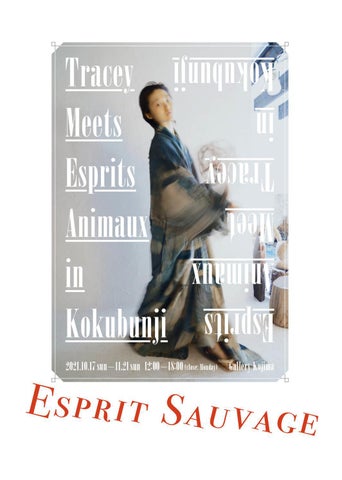 This photo exhibition started with the encounter of Tracey, a current locale of Kokubunji, Tokyo, with a Montreal-China background, with the owner of Kojima Gallery, Mr. Kojima Toshio. Toshio thought of the Kudara Kannon from 5th – 7th century when he met Tracey the first time, while Tracey was enthralled by the boro (patched Japanese textile) and ethnic textile in the Gallery. Without much discussion or plans, they simply started their collaboration, where Tracey wore or wrapped the textiles on her body, and let the clothes move, and Toshio captured fleeting moments with camera. Tracey, although not a professional dancer, is practicing Noh dances and singing. Sometimes, Tracey stares into the camera like an animal preying in the wild. They also invited the video artist, Mr. Koichi Nagura, who created colored and black-white videos of the performance. Further, Toshio made photomontages with everyday scenery of Kokubunji, a popular residential area blessed with ancient trees and traditional temples. The title, Esprits Animaux, implies connections with surrealism and dadaism, as well as extending the imagination to an unusual and sublime space that reminds of the Japanese traditional performance, Noh theater. As such, the exhibition to some extent reflects the world of Yugen, an untranslatable word that allegedly describes one of the most essential elements in Noh theater, as well as connected to tranquility, mystery and depth in pre-modern Japanese art. Gallery Kojima

I first met Tracey in early spring. Tracey came to visit my gallery and I got to know that she currently lives in a shared community dormitory in Kokubunji, and came to Japan after becoming a lawyer in the U.S. as a Chinese Canadian. I was deeply impressed by her wisdom, international background, and straightforward and genuine posture. Looking at her, I thought of my cherished buddhist sculpture, Kudara Kannon of the Horyu Temple. I encountered Kudara Kannon for the first time at the Tokyo National Museum. Upon seeing the sculpture, I was instantly stricken by various memories. What's more, Tracey's favorite buddha is also Kudara Kannon. Although I am not a professional cameraman, I invited Tracey to wear the ethnic clothes and costumes of aboriginal people, and took photos while Tracey was moving freely. After taking the photos, I somehow wanted to combine those images with the wildness of kokubunji. Therefore, I made photomontages using the scenery pictures taken during my morning walk. These photos present the images of Kannon coming to the secular world and appearing in the greens of Kokubunji. We hope that the photos of Tracey and Kokubunji will make this a wonderful and stimulating exhibition to all the viewers. My scenery photos of Kokubunji will also be exhibited. Kojima Toshio

Watching without Seeing Anything

Captured from the movie“MS.TRACEY WEARS ETHNIC COSTUMES” by Koichi Nagura

In the Yard of Kojima Gallery Boro Donja from Japan

Photo Shooting with a young lady at Kojima Gallery

In the Tea Room by Terunobu Fujimori

Overlooking from the Tea Room by Terunobu Fujimori

Within Wildness of Kokubunji

Under the Cherry Tree

Annunciation to the Blessed Virgin Mary

Leaning on the Persimmon Tree

The Deserted House in Kokubunji

The Cherry Blossom in Kokubunji

I have been to Kokubunji for about two years as a foreigner, a visitor from the outside. Although I did not realize it at the beginning, Kokubunji is a place embedded with many layers of histories and stories including Jomon-period remains and one of the oldest Buddhist temples, where the name of Kokubunji (ji means temple) derives from. Once day, my friend, Kosaka san brought me to the Kojima Gallery, and Kojima san asked me whether I am interested in taking some photos together. Thinking it would be an interesting project, I willingly agree to the casual collaboration, in which I was able to touch and even wear the authentic ethnic folklore costumes from various cultures for the first time in my life. The boros and textiles enthralled me not only by their exquisite designs and complicated techniques, but also how they vividly revive the histories and cultures of their past bearers. Wearing those clothes and textiles and standing among the paintings and wooden objects in the Kojima gallery, my body starts moving before I intended so. There, I feel the Esprits Animaux within me, which has been dormant for a long time. We also went out into the nature and green of Kokubunji to take photos, which brings us even closer the wild spirit in all human beings. Kojima san also combined my photos with other pictures he took with iPhone in Kokubunji, and the surrealism in those montages are unique and impressive. Even now, I still remember the feelings of the Japanese boros and African folklore costumes, as if they are murmuring an unending epic story beside by ears. I hope that by viewing these photos and touching the textile works, you can capture some of the stories, of the ancient Jomon Japan, of the destroyed temple, of the current inhabitants in Kokubunji, defying languages barriers and national borders, and feel the Esprits Animaux in you. October 2021, 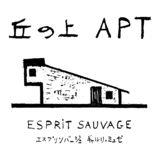 This photo exhibition started with the encounter of Tracey, a current locale of Kokubunji, Tokyo, with a Montreal-China background, with the...

This photo exhibition started with the encounter of Tracey, a current locale of Kokubunji, Tokyo, with a Montreal-China background, with the...