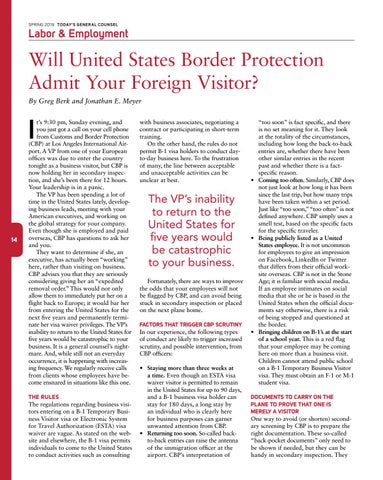 t’s 9:30 pm, Sunday evening, and you just got a call on your cell phone from Customs and Border Protection (CBP) at Los Angeles International Airport. A VP from one of your European offices was due to enter the country tonight as a business visitor, but CBP is now holding her in secondary inspection, and she’s been there for 12 hours. Your leadership is in a panic. The VP has been spending a lot of time in the United States lately, developing business leads, meeting with your American executives, and working on the global strategy for your company. Even though she is employed and paid overseas, CBP has questions to ask her and you. They want to determine if she, an executive, has actually been “working” here, rather than visiting on business. CBP advises you that they are seriously considering giving her an “expedited removal order.” This would not only allow them to immediately put her on a flight back to Europe; it would bar her from entering the United States for the next five years and permanently terminate her visa waiver privileges. The VP’s inability to return to the United States for five years would be catastrophic to your business. It is a general counsel’s nightmare. And, while still not an everyday occurrence, it is happening with increasing frequency. We regularly receive calls from clients whose employees have become ensnared in situations like this one. THE RULES

The regulations regarding business visitors entering on a B-1 Temporary Business Visitor visa or Electronic System for Travel Authorization (ESTA) visa waiver are vague. As stated on the website and elsewhere, the B-1 visa permits individuals to come to the United States to conduct activities such as consulting

with business associates, negotiating a contract or participating in short-term training. On the other hand, the rules do not permit B-1 visa holders to conduct dayto-day business here. To the frustration of many, the line between acceptable and unacceptable activities can be unclear at best.

The VP’s inability to return to the United States for five years would be catastrophic to your business. Fortunately, there are ways to improve the odds that your employees will not be flagged by CBP, and can avoid being stuck in secondary inspection or placed on the next plane home. FACTORS THAT TRIGGER CBP SCRUTINY

In our experience, the following types of conduct are likely to trigger increased scrutiny, and possible intervention, from CBP officers: • Staying more than three weeks at a time. Even though an ESTA visa waiver visitor is permitted to remain in the United States for up to 90 days, and a B-1 business visa holder can stay for 180 days, a long stay by an individual who is clearly here for business purposes can garner unwanted attention from CBP. • Returning too soon. So-called backto-back entries can raise the antenna of the immigration officer at the airport. CBP’s interpretation of

“too soon” is fact specific, and there is no set meaning for it. They look at the totality of the circumstances, including how long the back-to-back entries are, whether there have been other similar entries in the recent past and whether there is a factspecific reason. • Coming too often. Similarly, CBP does not just look at how long it has been since the last trip, but how many trips have been taken within a set period. Just like “too soon,” “too often” is not defined anywhere. CBP simply uses a smell test, based on the specific facts for the specific traveler. • Being publicly listed as a United States employee. It is not uncommon for employees to give an impression on Facebook, LinkedIn or Twitter that differs from their official worksite overseas. CBP is not in the Stone Age; it is familiar with social media. If an employee intimates on social media that she or he is based in the United States when the official documents say otherwise, there is a risk of being stopped and questioned at the border. • Bringing children on B-1’s at the start of a school year. This is a red flag that your employee may be coming here on more than a business visit. Children cannot attend public school on a B-1 Temporary Business Visitor visa. They must obtain an F-1 or M-1 student visa. DOCUMENTS TO CARRY ON THE PLANE TO PROVE THAT ONE IS MERELY A VISITOR

One way to avoid (or shorten) secondary screening by CBP is to prepare the right documentation. These so-called “back-pocket documents” only need to be shown if needed, but they can be handy in secondary inspection. They

No matter which side of the immigration divide you’re on, the travails of business immigrants and business visitors probably aren’t on top of your list of things to fret about. Nevertheless, the problems faced by this privileged subset are real. 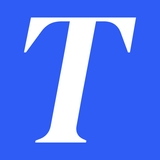 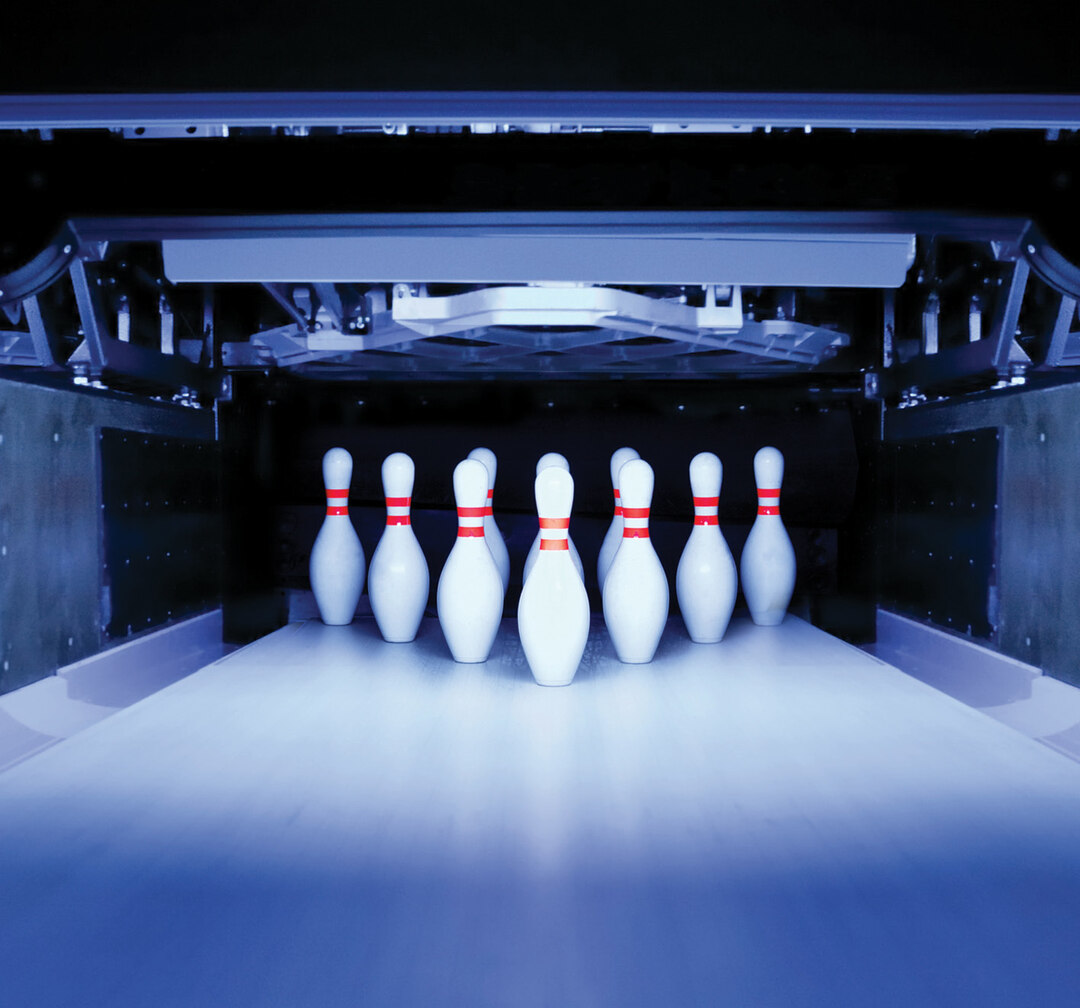 \"The concepts of antitrust injury and antitrust standing are important principles in antitrust law, limiting the potential claims and parties. Both plaintiffs and defendants should have a clear understanding of these concepts.\"