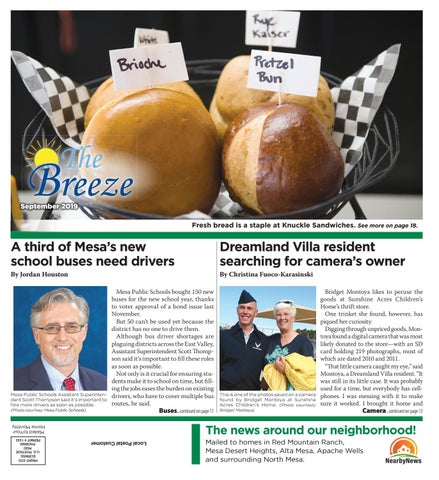 September 2019 Fresh bread is a staple at Knuckle Sandwiches. See more on page 18.