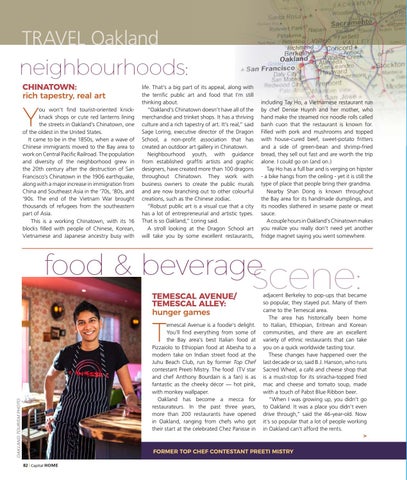 including Tay Ho, a Vietnamese restaurant run BY CHEF $ENISE (UYNH AND HER MOTHER WHO hand make the steamed rice noodle rolls called banh cuon that the restaurant is known for. Filled with pork and mushrooms and topped with house-cured beef, sweet-potato fritters and a side of green-bean and shrimp-fried bread, they sell out fast and are worth the trip ALONE ) COULD GO ON AND ON Tay Ho has a full bar and is verging on hipster - a bike hangs from the ceiling - yet it is still the type of place that people bring their grandma. .EARBY 3HAN $ONG IS KNOWN THROUGHOUT the Bay area for its handmade dumplings, and its noodles slathered in sesame paste or meat sauce. A couple hours in Oaklandâ&amp;#x20AC;&amp;#x2122;s Chinatown makes you realize you really donâ&amp;#x20AC;&amp;#x2122;t need yet another fridge magnet saying you went somewhere. 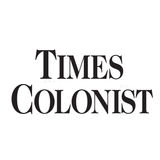