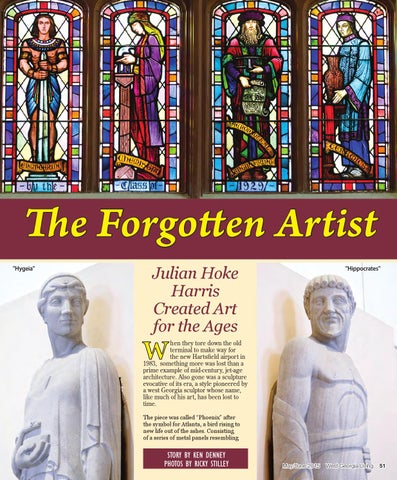 hen they tore down the old terminal to make way for the new Hartsfield airport in 1983, something more was lost than a prime example of mid-century, jet-age architecture. Also gone was a sculpture evocative of its era, a style pioneered by a west Georgia sculptor whose name, like much of his art, has been lost to time. The piece was called â&#x20AC;&#x153;Phoenixâ&#x20AC;? after the symbol for Atlanta, a bird rising to new life out of the ashes. Consisting of a series of metal panels resembling 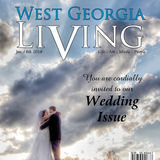