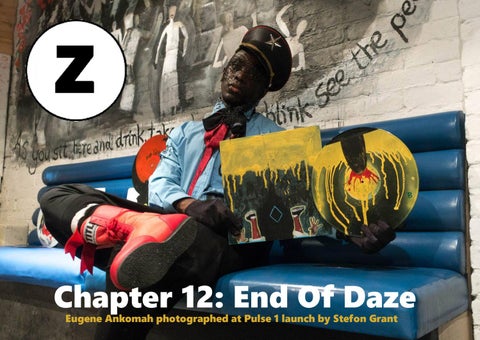 It’s been 4REAL! This is an ongoing Art 4 Hearts story that was first uploaded in Spring 2014. Where were we? Ah yes… first Saturday of September was a double bubble. Loud Women Fest in North London then Party In The Park Festival over the river in good old Costa del Thames… I may well have misplaced the rest of the weekend. Monday 5th September 2016, I (Caffy) went to see last chapter’s cover stars, Asylums. (yes, again) My amateur hobby images are not of Tarquin Clark Photography calibre (we got brilliant feedback for his image, below, from This Feeling Stage at Leeds Festival), so I took a few candid snap shots as the band were setting up to play a free gig at The Old Blue Last. It was an intimate show with the bonus of bumping into long time no see friendswho are fellow fans. A special night that sets the tone for an unbelievable and truly AWE-some, and then some, Autumn in our parallel dimension of TheZineUK - meanwhile. In what passes for real life, this season is often called FALL on Planet America…

Asylums released their debut album ‘Killer Brain Waves’ this summer, on their own Cool Thing Records imprint. If you’ve not investigated them yet, they come highly recommend to fans of noisy pop guitar bands who are seeking a truly rocking fun addiction - with something to say. Songs that can mean something to you personallly. I grinned/sang along all through this set! A few days after this show, they were making many more people do the same at Bestival on the Isle Of Wight. At time of writing, the band’s year ending, arse kicking Alternative Occupations EP is on the way and sharing the joy with musical

Our ArtBeatFest stars are the musical gift that keeps on giving . We should be thinking of a third New Music Expo for 2017!(?)

return to New Cross for this massive sold-out show, perfect for their electro-Metropolis-glam-punk presence.. They also appear on the inspired #MoreInCommon compilation album on behalf of the Hope Not Hate charity. Timely.

Tuesday September 13th 2016 Special guests performing at the Sisteray launch party included The Pearl Harts (pictured after their riotously well received live set). The Alleycat on Denmark Street, where last chapterâ&#x20AC;&#x2122;s session was recorded, is totally packed out with friends in and with bands. Sweltering heat/ and riffs, plus a MAD for it crowd who had to keep coming out of the venue for oxygene and to cool down!

Wednesday 14th September 2016 There is very much something intense, instinctive and magnetic about the enigmatic, youth powered new rock force, live shows.

485C, that I am drawn back to The Victoria, Dalston, East London

to catch another of their

Can not help noticing that with each show, this band are developing at a rapid rate of knotsâ&#x20AC;ŚClever loud poetry, performed with a five headed release of pent up energy.

Thursday 15th September - ArtBeat in ACTION Art Rock innovators, Little Death Machine & visual inspiration Eugene Ankomah, collaborate on audiovisual exhibition and entertainment event, Pulse 1 at Brixton Windmill. The seeds were sewn this Spring at the same venue (pictured then, Daniel Cross of LDM and Eugene with some of his images, Spring 2016). The following photography from the event (and this chapterâ&#x20AC;&#x2122;s front cover) are courtesy of Stefon

Weâ&#x20AC;&#x2122;re back for some more best bands buzz This evening, thanks to you, we get to see Apeman

(at the monthly Remedy club at Tooting Tram & Social) This is what rock n roll Friday nights are MADE of!

Friday 16th September 2016, Tooting The most legendary of bands come to play for John Kennedy of Radio X !

On Tuesday 20th September, we ffind ourselves on a magic roundabout for the

From a party on a magic roundabout to a gig at a magic cocktail coveâ&#x20AC;Ś Little

Very much enjoyed seeing Naropa win over the crowd with aa slice of classic rock show action for This Feeling in New Cross, Saturday 24th September

The Velvet Hands photographed September 2016 by Brian Robinson. Look out 2017!

Coming to a “Ones-To-Watch” live music event, near you, soon..

Friday 30th September 2016, Soap Box Club Crystal Palace - The Trap are developing in leaps and bounds since TheZineUK caught them this Spring, and are picking up some really cool shows. Tonight they are supporting another of the bands in this story, SONS

Lee Meldrum and Nick Meldrum a.k.a. SONS after their Crystal Palace show on Friday 30th September 2016. After, it was a case of “Bring on the hot sauce!”

Feeling Club gets off to a flying start with rock n roll riots in four UK cities. Pic; The Wholls & friends at The Water Rats, London

The Blinders tuning up for their first London show- a gig where they live up to their name.

People who think bands have nothing to say these days should get in a small venue where our DIY parallel universe says otherwise. With great big fuck off riffs, The Blinders pulse dynamic rock music power like an aural strobe.

Wholls, Jackals Rose, The Blinders, Paves, DJ Abbie McCarthy (BBC Introducing) and venues packed with friends get This Feelingâ&#x20AC;&#x2122;s 10th anniverweary party month started and this vibe carries on for all the showsâ&#x20AC;Ś

A convention of music passions, talks, ideas, achievements, workshops and new futures made by day, a genre clash of live music performance for #FIGHTBACK on three levels of The Roundhouse, by nightâ&#x20AC;Ś.

As This Feeling stage starts setting up at The Roundhouse n for the #FIGHTBACK evening, itâ&#x20AC;&#x2122;s a joy to see that The Blinders start setting up to play after the Venues Day workshops and talks. An unexpected and exciting pleasure. What better venue and setting for your second London gig!

18th October 2016, London - Another fitting performance on This Feeling stage at The Roundhouse from from the global potential fused Bang

Morriss. The voice of The Bluetones has joined the ranks of Bang Bang Romeo fans after witnessing their set.

This Feeling was one of a variety of packed and buzzings stages on three levels of Camden Roundhouse. 18th October 2016 was an evening of multi genre mini fest for Music Venue Trustâ&#x20AC;&#x2122;s Venues Day 2016 #FIGHTBACK - every star turn set went down a treat in a venue packed with true music world lovers. This page;

And, of course, another moshtastic punk-out at The Roundhouse for. . .

This Feeling is an extending, co promoting, peer supporting musical family - Paves in the house!

Just got time for the Venues Day and #FIGHTBACK Night hangovers to subside before we are back out to play again. This time, it’s another of our own events. Thursday 20th October 2016 TheZineUK Music Social No3 at The Urban Bar in Whitechapel. Again, it’s like a noisy house party with awesome live performancs and a load of new friends and futures made…

Thursday 20th October, Sandy K. Moz and Jimmy Bowman at our East End Social No 3. We met these lovely friends at No1 in January, via Sisteray. Sandy has since taken some amazing photos for this story, and here, Jimmy is not only making his debut (top notch) spoken word live appearance from a debut EP “Words Aren’t A Plaything” but has also arranged a debut live music event by The Glass Collectors for the end of November in Brighton (incidentally, where SONS are from, they had made the journey to be part of the gang of people in/with bands in the audience this evening)

From the DJ decks of Social No1 in January, to the stage of Social No3, - another multi talent of this tale, Jean Genie, gets the live music off to a beautiful start with some melodically crafted magic rock. We get an intimate preview of forthcoming, publicly released, debut recordings presented with big hugsâ&#x20AC;Ś

Alt rockers, Blush, are coming on in leaps, bounds and amazing feedback for their new single â&#x20AC;&#x2DC;Crying Glitterâ&#x20AC;&#x2122; on End Of The Trail Records

Thank you to End Of The Trail Records, also, for bringing The Trap into our story. Blown away by catching them in Spring at one of label boss, Kelly Munroe’s events, we were honoured that the band chose this evening to launch their ‘Walk Alone’ / ‘My English Love’ EP live on stage, ending their set with some mosh fun down the front… They played This Feeling club a few weeks later…

#Uniqulture Check out Dronningen, partying and sharing the joy.. They came into our lives via an End Of The Trail Records show with SONS a few weeks earlier. Ben invited them to our social, they got down, got with it and sound so good that, as per how this tapestry weaves, see near future at TheZineUK.co.uk (courtesy of the ace Ev Bobrek) as we become a punky Creative Network Agency

Apeman Spaceman came into the story just over a year ago. At 2015’s Auttumn ArtBeat social, they were there for a meeting with our DJ that night, Mark Beaumont (NME, Guardian etc) and played a show for him a week before this one. A new band born last Spring with their debut release, this spring, they have a huge live and recorded rock sound with psychadelic rhythms that make people move. Having seen them a few times this year,at key shows including for This Feeling and John Kennedy of Radio X’s Remedy night, this is noticeably grabbing new followers and lively reactions with every show AND. Chuffed that they headlined 2016’s social, “Ones To Watch” is an understatement.

How to REALLY fly the flag by

Dizzy Spell of Enola Arts (our compere for this evening) and Jimmy Bowman of The Glass Collectors Radio Show Podcast.

Donâ&#x20AC;&#x2122;t you just love it when a rock n roll bandâ&#x20AC;&#x2122;s live shoe does something so ferocious to your ears that your heart beat quickens and your mouth widens into a soppy, joyous grin?

Rock-bomb, Blackwaters, had played their first show in New Cross and, this evening, returned there to explode with an instantly magnetic live set for This Feeling.

Our parallel dimension where the biggest stars are on the smallest stages is not imaginary. Just follow the tales weaved into this tapestry since Chapter 1

This Feelingâ&#x20AC;&#x2122;s 10th Anniversary month London finale show. We were still in the recovery position from the birthday bash a few days earlier in central London, so this was a boost.

April kept the roar of the crowd going at This Feeling with their quality, spaced out, sound

From hanging out with rock n rollers on 30th October at This Feeling in N ew Crossâ&#x20AC;Ś

â&#x20AC;ŚTo rocking out with Punk Activists - on and off stage at the DecoloniseFest fund raiser show, Camden Unicorn, Friday 4th November 2016.

Ah, Sabatta, long time no see - and what a brilliant mix of cool live sets, warm welcome and hot tips at this fundraiser. DecoloniseFest is set to be one of 2017â&#x20AC;&#x2122;s must see independent festivals .

Aargh, I had to give in, go home and get into bed. Didn’t catch all the show. Shakes fist at sky; “damn you sickness!” then remembers, “LOVE YOU DECOLONISE

Goodbye, and Thank You ALL. If it feels like The Lunatics Have Taken Over The Asylum in your world, then come to our parallel dimension of unity where Universe still translates as ONE SONG. Images, Carnaby Street, London, Great Little Britain, SuperMoon Week, November 2016 #ShareTheJoy #OneLove 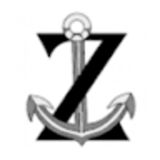