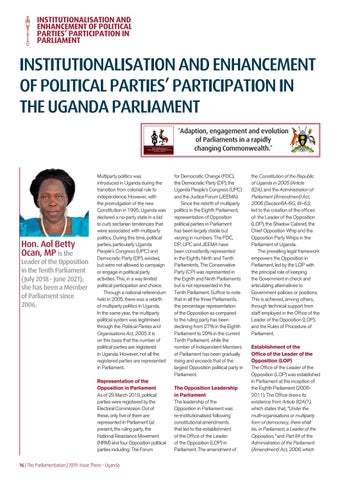 INSTITUTIONALISATION AND ENHANCEMENT OF POLITICAL PARTIES’ PARTICIPATION IN PARLIAMENT

INSTITUTIONALISATION AND ENHANCEMENT OF POLITICAL PARTIES’ PARTICIPATION IN THE UGANDA PARLIAMENT ‘Adaption, engagement and evolution of Parliaments in a rapidly changing Commonwealth.’