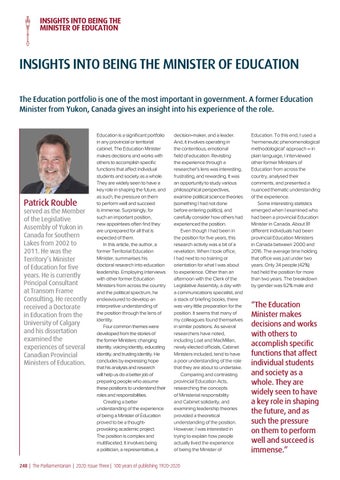 INSIGHTS INTO BEING THE MINISTER OF EDUCATION

INSIGHTS INTO BEING THE MINISTER OF EDUCATION The Education portfolio is one of the most important in government. A former Education Minister from Yukon, Canada gives an insight into his experience of the role.

served as the Member of the Legislative Assembly of Yukon in Canada for Southern Lakes from 2002 to 2011. He was the Territory’s Minister of Education for five years. He is currently Principal Consultant at Transom Frame Consulting. He recently received a Doctorate in Education from the University of Calgary and his dissertation examined the experiences of several Canadian Provincial Ministers of Education.

Education is a significant portfolio in any provincial or territorial cabinet. The Education Minister makes decisions and works with others to accomplish specific functions that affect individual students and society as a whole. They are widely seen to have a key role in shaping the future, and as such, the pressure on them to perform well and succeed is immense. Surprisingly, for such an important position, new appointees often find they are unprepared for all that is expected of them. In this article, the author, a former Territorial Education Minister, summarises his doctoral research into education leadership. Employing interviews with other former Education Ministers from across the country and the political spectrum, he endeavoured to develop an interpretive understanding of the position through the lens of identity. Four common themes were developed from the stories of the former Ministers: changing identity, voicing identity, educating identity, and trusting identity. He concludes by expressing hope that his analysis and research will help us do a better job of preparing people who assume these positions to understand their roles and responsibilities. Creating a better understanding of the experience of being a Minister of Education proved to be a thoughtprovoking academic project. The position is complex and multifaceted. It involves being a politician, a representative, a

decision-maker, and a leader. And, it involves operating in the contentious, emotional field of education. Revisiting the experience through a researcher’s lens was interesting, frustrating, and rewarding. It was an opportunity to study various philosophical perspectives, examine political science theories (something I had not done before entering politics), and carefully consider how others had experienced the position. Even though I had been in the position for five years, this research activity was a bit of a revelation. When I took office, I had next to no training or orientation for what I was about to experience. Other than an afternoon with the Clerk of the Legislative Assembly, a day with a communications specialist, and a stack of briefing books, there was very little preparation for the position. It seems that many of my colleagues found themselves in similar positions. As several researchers have noted, including Loat and MacMillan, newly elected officials, Cabinet Ministers included, tend to have a poor understanding of the role that they are about to undertake. Comparing and contrasting provincial Education Acts, researching the concepts of Ministerial responsibility and Cabinet solidarity, and examining leadership theories provided a theoretical understanding of the position. However, I was interested in trying to explain how people actually lived the experience of being the Minister of

Education. To this end, I used a ‘hermeneutic phenomenological methodological’ approach – in plain language, I interviewed other former Ministers of Education from across the country, analysed their comments, and presented a nuanced thematic understanding of the experience. Some interesting statistics emerged when I examined who had been a provincial Education Minister in Canada. About 81 different individuals had been provincial Education Ministers in Canada between 2000 and 2016. The average time holding that office was just under two years. Only 34 people (42%) had held the position for more than two years. The breakdown by gender was 62% male and

“The Education Minister makes decisions and works with others to accomplish specific functions that affect individual students and society as a whole. They are widely seen to have a key role in shaping the future, and as such the pressure on them to perform well and succeed is immense.” 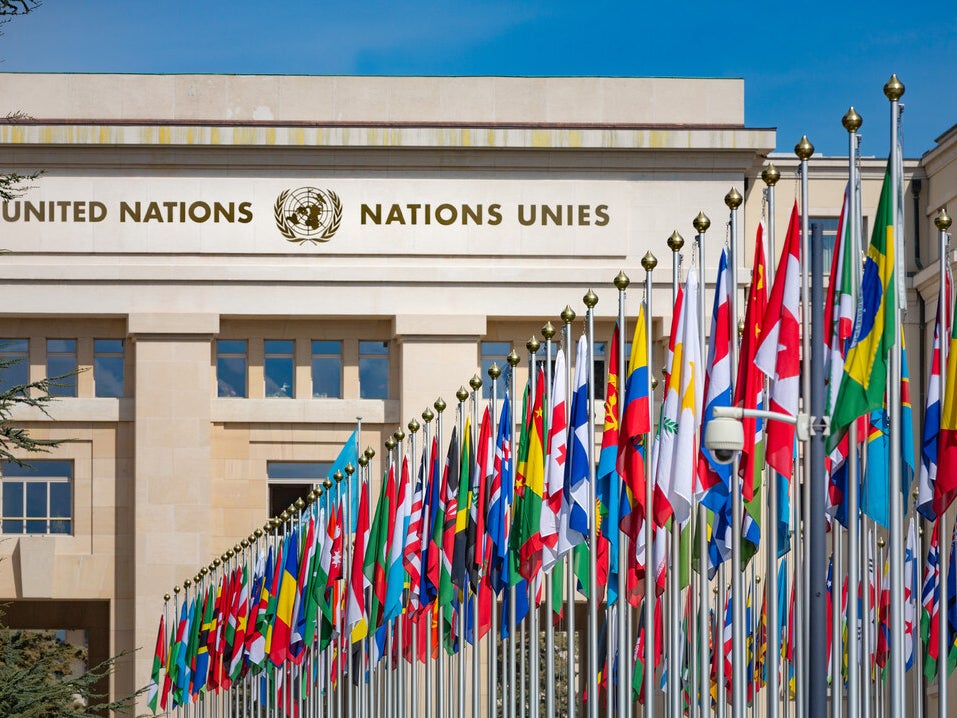 Celebrating International Day of Parliamentarism and the United Nations at 75

The CPA Chairperson writes about the role of Parliamentarians in the current global crisis.

Financial Inclusivity for Women in the Commonwealth: Post COVID-19 challenge?

The Commonwealth Women Parliamentarians (CWP) Chairperson asks if the ultimate challenge and barrier in the post-COVID-19 world is to women's financial inclusivity. Celebrating 75th anniversary of the United Nations: View from the CPA Small Branches

The CPA Small Branches Chairperson writes about the United Nations and working with UNESCO to promote biodiversity in Small Islands Developing States in the Commonwealth. 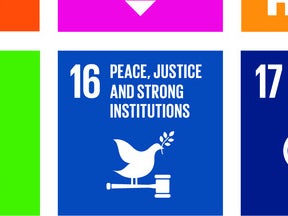 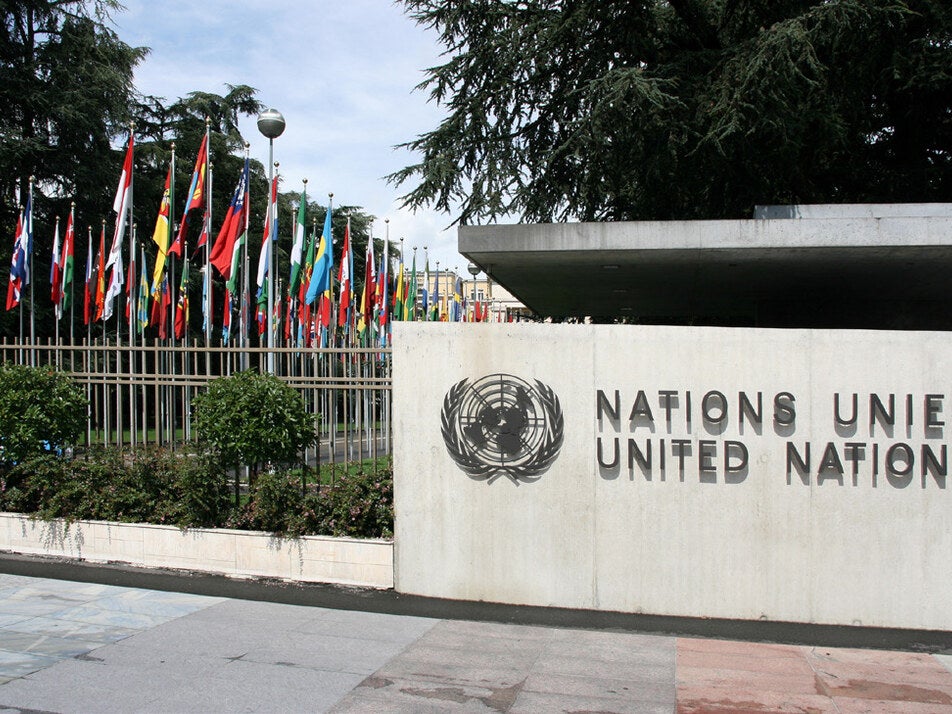 The UN and its impact in the Commonwealth: A View from the Speaker of India

The Speaker of Lok Sabha at the Parliament of India writes about the United Nations and its impact in Commonwealth countries. UNDP and the SDGs

The United National Development Programme (UNDP) has championed the Sustainable Development Goals and this article looks at their work. 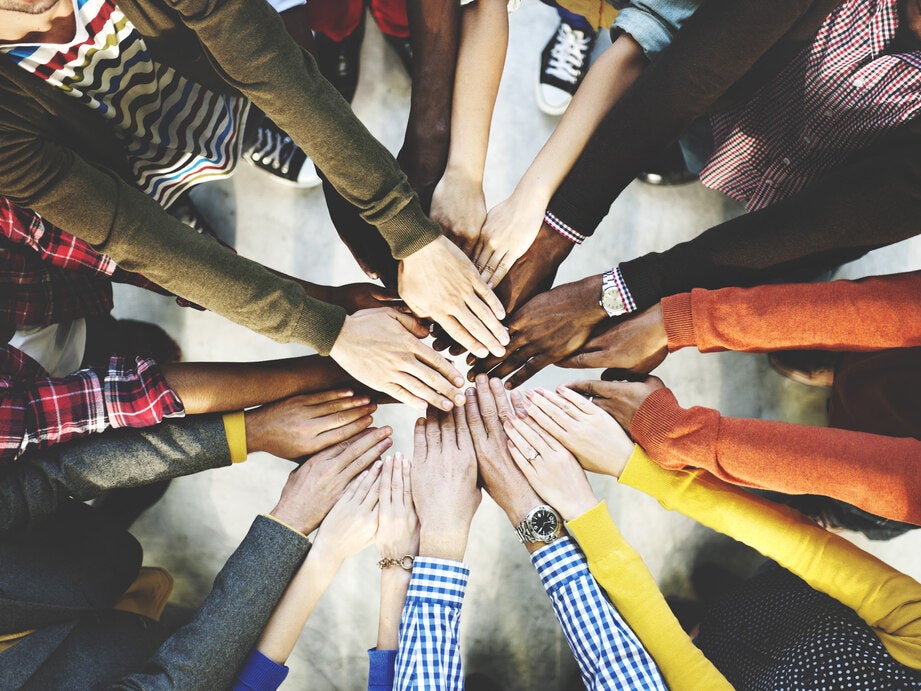 The United Nations Secretary General's Envoy on Youth writes about the importance of youth engagement with Parliaments. 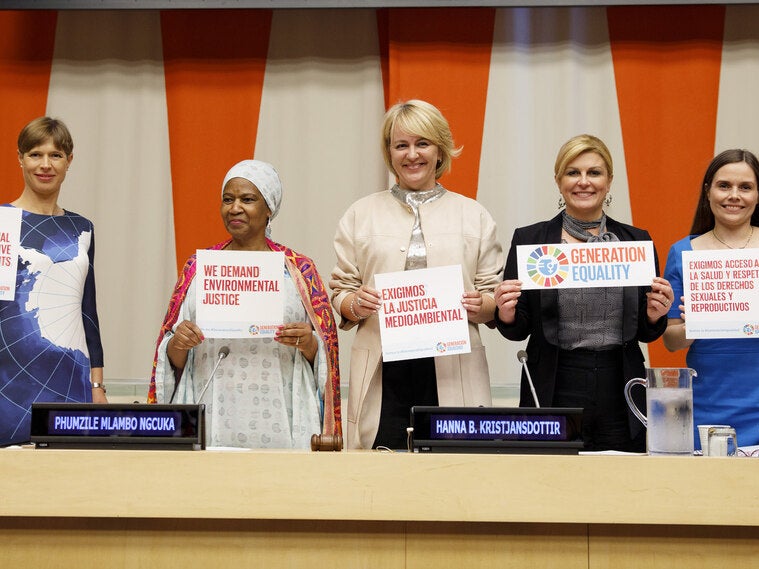 The power of women's leadership for a more inclusive, collaborative future

The Executive Director of UN Women examines the role of women's leadership for a more inclusive and collaborative future.