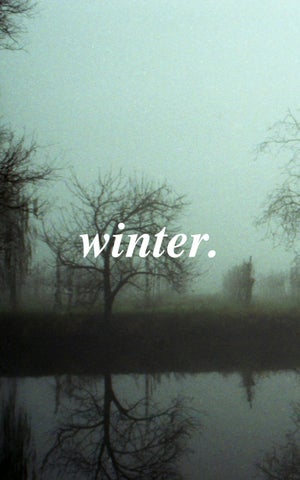 i love putting together these seasonal zines so much. our audience is so talented &amp; i feel immense privilege that these creatives allow us to showcase their work. each page brings a source of inspiration - even during this winter of chaos. slow down and take some extra time for yourself this season. try to connect &amp; create if you can, but at the very least observe. xox, sophie

December It’s melancholy. It’s bare branches and brown withered grass, the glisten of a new layer of frost on the salted ground. It’s bitter cold wind biting at every inch of exposed skin, cutting right through to your bones. It’s basking in the sun through your living room window because the winter air sucks out its warmth. December has its moments too. When I get to bury myself in my childhood blankets and pretend the howling wind is transporting me to somewhere where it’s spring. I like having the cup of tea my grandmother makes next to me whenever I go. I like when the fairy lights around the neighbourhood twinkle like stars you can touch or when snowflakes dance in the air and land on my tongue. I guess I also like the way the snow gets in your hair and tangled up in your eyelashes. Or the way the cold makes you blush the same way you do after drinking two glasses of wine. I suppose I have to like December, because without it I wouldn’t have you. - Sylphia Basak / Toronto

Winter Dandelion I could watch the snow fall for hours, flakes settling outside my universe, touched only by the birds who didn’t fly south. I stayed behind too, searching for spring in the coldest December. I found it in the dandelion sprouting outside my front door, too impatient for spring’s breeze, too strong for winter’s wind, still growing proudly under my planted feet. - Kendra Nuttall / Salt Lake City

floating, in flux swimming drowsily in the daydream delusion of you waves of hazy california blues swallow me, surround me you let me breathe, loving me loudly viscerally, deliciously

iâ&amp;#x20AC;&amp;#x2122;m savouring the taste of golden moments on your skin an oasis of embers as the dust settles on our tangled limbs drenched in soft hues tearing at my seams floating, in flux - Josephine Houman / Copenhagen

Long Story Short I Survived On the other side of this tree there is a grave. There is a peach sky, with bleeding stars you can&#39;t see yet because the big bully star is still at large, and underneath that nectarine sky is a grave. Someone&#39;s body is buried in the ground, and there&#39;s a stone marking what others called them and when they were put into the dirt behind this quaking aspen tree. And I know you&#39;re annoyed at the stone fruit sky, I know you&#39;re ticked off I can&#39;t stick with which fruit it looks like. But you and I, we are attending a festival of sadness right now, and you can&#39;t exactly choose to leave. You have a choiceâ&amp;#x20AC;&amp;#x201D;you always have a choice. But the one you have right now has nothing to do with staying. You are going to sit there, in your black cap-toe shoes, and watch while I rage with love. You are going to watch, and you are going to decideâ&amp;#x20AC;&amp;#x201D;will you dredge up what lays dormant in this earth? Or are you going to descend nosefirst into this undertaking you set in motion? - Skyler Saunders / Berkeley

The Luna Collective is a platform for the creative community spotlighting a variety of young artists. Our film only magazine highlights talented individuals we come across as well as the work of our readers. The magazine is only one part of The Luna Collective so join us to see what else we get up to.

Tag us in your photos on Instagram using #LunaCollective

FUELED BY CREATIVES, FOR CREATIVES www.thelunacollective.co

Our second winter zine featuring the work of our lovely audience. Print copies can be purchased at www.thelunacollective.shop 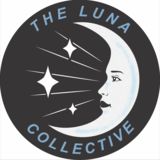