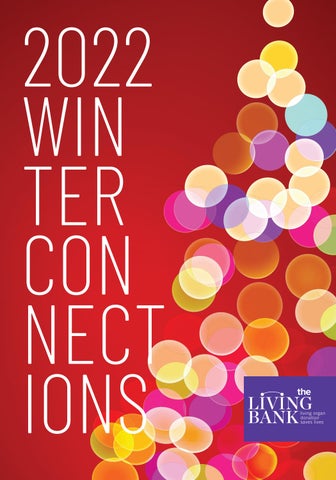 The need for organs is vastly greater than the number available for transplantation.

are waiting for a liver

are waiting for a kidney

That’s 94% of the waiting list that could be transplanted now through living organ donation.

Four out of five people on the organ transplant list are waiting for a kidney. They’ll wait. And wait. And struggle with serious health problems. Unless living donors come forward to meet the need. Our role at The Living Bank becomes more important every day, because we help donors understand both the challenges and the benefits. To be a living donor is a life-saving decision. It’s a life altering decision, too. Every donor deserves independent, accurate information. That’s what we provide. Reading this newsletter and sharing our stories is an important way you can help educate more people about the critical importance of living organ donation.

Thank you for your support.

Is to eliminate the shortage of organs for lifesaving transplants by being a trusted education resource for living organ donation and the leading provider of advocacy services for living donors.

Is for living organ donation to be widely known, understood, and available to those needing a lifesaving transplant; and for living donors to receive the independent advocacy and support they need before, during, and after transplantation.

The Living Bank advances its mission with the following programs and services: LIVING ORGAN DONATION AWARENESS Our community awareness program provides education on living organ donation and empowers communities to make informed health decisions. The program is provided to inform, inspire, and invoke our communities to start the living donation conversation. Additionally, we support our local and national communities through multiple communication channels, including online, print, social media, and in-person presentations in community and corporate venues throughout the region.

MOST COMMON ORGANS TRANSPLANTED THROUGH LIVING ORGAN DONATION ARE A KIDNEY OR LIVER LOBE. WHO CAN BE A LIVING ORGAN DONOR? A family member, friend, and even a stranger. A person in good overall physical and mental health who is 18 years of age or older.

START THE CONVERSATION Call The Living Bank and we will provide contact information to transplant centers in your area or anywhere in the United States that has a living donor program. The Living Bank’s licensed clinical social workers and staff are always here to answer your questions on living organ donation, 1-800-528-2971.

OUR FRIEND, AND VOLUNTEER, SUBBU VENKAT DONATED HIS KIDNEY TO HIS WIFE, ANITA CHADAH. SUBBU IS AN AVID MARATHON RUNNER AND A SUPPORTER OF THE LIVING BANK.

“A HERO IS SOMEBODY WHO IS SELFLESS, WHO IS GENEROUS IN SPIRIT, WHO JUST TRIES TO GIVE BACK AS MUCH AS POSSIBLE AND HELP PEOPLE.” — Doug Williams RECOVERY PROCESS It is common for donors to experience exhaustion and small increases in blood pressure. Living kidney donors are generally discharged within one to two days and living liver donors are typically discharged within a week or two. Recovery times vary among living donors. Living kidney donors may resume their regular activities within four to six weeks after donation and living liver donors generally resume normal activities within eight weeks.

LIFESTYLE Living organ donors lead healthy, active lives after donation. The Living Bank has relationships with a large community of living donors and we would be happy to connect you with them to ask questions and hear their personal stories.

The role of the ILDA is to protect and promote the best interests of living organ donors, ensuring their decision to donate is fully informed and free from coercion. Prior to 2007, living donors were typically screened, educated, and cared for by the same healthcare team that cared for the transplant recipient. In 2007, to avoid a potential conflict of interest between the donor and recipient care teams, the Centers for Medicare and Medicaid Services (CMS) and the Organ Procurement and Transplantation Network (OPTN) mandated transplant centers identify a healthcare professional to serve as an Independent Living Donor Advocate (ILDA) to living organ donors.

THE LIVING BANK HAS A TEAM OF SOCIAL WORKERS THAT SERVE AS ILDAS TO TRANSPLANT CENTERS NATIONWIDE VIA TELEHEALTH.

We are educating our transplant professionals The federal protections established in 2007 require ILDA professionals to complete continuing education on living organ donation, transplantation, medical ethics, informed consent, and the potential for coercion. This ensures the living donor is sufficiently educated regarding their decision, the evaluation process, the surgical risks, and the benefit and need for follow-up at six months, one year, and two years post-donation. The Living Bank launched the Independent Living Donor Advocate Network (ILDAN™) in 2012 to meet this need. The ILDAN™ is the first-of-its kind to provide relevant, quality, and free continuing education with a focus on the unique complexities of living organ donation and transplantation. It includes a community of social workers, nurses, professional counselors, clergy, and other health professionals who serve in live donor transplant programs in the Greater Houston area and throughout the Nation.

I am fortunate to have had mentors in my life who directed me to volunteer opportunities.

This fall marks 34 years that I have been in Houston, where I began my accounting career. I am currently an owner at EEPB, a large local accounting firm, specializing in the healthcare industry. In my role as Director of EEPB’s Healthcare Services, I provide accounting and finance oversight to clients, augmented with internal controls and strategic advice to management. I am fortunate to have had mentors in my life who directed me to volunteer opportunities. As a very young accountant, when asked to be treasurer for a non-profit fundraiser or join a professional society committee, I jumped in. Over the years, I found that being actively involved in philanthropic endeavors gave me lifelong friendships and experiences I would not have otherwise obtained. I have only held two volunteer positions where I was not asked to participate. The first was when I volunteered for the American Cancer Society. My father had lost a two-and-a-half-year battle with cancer at 51. I was single and 29 and just plain mad. Volunteering at the American Cancer Society helped me work through that anger. Then I got married. Side note: I met my spouse at a CPA state society committee meeting, of which I was chairperson at the time. I spent the next several years working and raising a young family. One day, I realized that my prior life of volunteer work and leadership roles had never been done in front of my children. So, back into philanthropy I went. This time to the National Charity League, which is a mother-daughter organization. I met amazing women and gained wonderful memories working alongside my daughter, and we made a difference in the community together. My daughter called me during her junior year at Texas A&amp;M and said, “Mom, there is an open officer position in my Speech Pathology club. Do you think I can do it?” Well, you can guess how I answered that question. I am excited to be serving as Treasurer on The Living Bank’s Board of Directors, helping further their mission.

For Caregivers of Pre- and Post-Transplant Patients

I am David N. Hooper, 64, a native and lifelong resident of Conroe, Texas. I first heard of The Living Bank from friend and mentor, Sue Nichols (1927-1999), back in the 1970s. I admired and valued the work of the five Houston women who founded The Living Bank in 1968 and I soon became a regular donor. The Living Bank is easily my favorite charity. Most of my donations are in memory of people. One may also donate for other occasions to celebrate, or to honor, family, friends, birthdays, and anniversaries.

Many of the families and individuals I honor, or make a gift in memory of, are from Conroe and the surrounding areas. Perhaps I’ve become something of a poster-person for The Living Bank, I hope so, anyway! Friends have called to thank me when they’ve received their acknowledgement card and have inquired about The Living Bank. I go on and on about the mission and how many lives have been saved through organ donation. I hope those conversations have led many of my friends to register as organ donors as well. Some have placed the acknowledgment card on their social media profile! Growing up in Conroe, my hometown was something of a Mayberry. All business was done on the downtown square. Everyone knew everyone. Dad was County Clerk and then Mayor. His father, my grandfather, Guy Hooper, was a rancher, philanthropist, and was even the Sheriff at one point. Over the years Conroe, and all of Montgomery County, has experienced tremendous growth. The days of town square business and the small-town feel were replaced with new people, development, innovations, and to my chagrin, traffic. After a career in the Hospitality Industry, I retired in 2005. I enjoy reading, a good crossword puzzle, the Episcopal church, the murderwhodunit channel, Sunday brunch with friends, sugar-free everything, and a cold brewski from time to time. One constant throughout the years has always been my giving to The Living Bank. When I know someone who has lost a loved one, or there is someone special I want to honor, I send a gift in their name to support the work of The Living Bank. Folks, The Living Bank rocks!! Their work is important, and I encourage you to make a gift in memory of or in honor of someone you love this season.

“I encourage you to make a gift in memory of or in honor of someone you love this season.”

Holiday Gifts Consider making a gift in honor or in memory of someone you love this season. Shop online at livingbank.org

KEEPING IT COOL OR HOT,

T-SHIRT FOR ADVOCATES OF THE

THIS IS THE TOP-OF-THE

HEROES THAT GIVE THE GIFT OF LIFE

The gift that keeps giving

STRAIGHT FROM THE LONE

Our nation has a critical Today, over 116,000 people organ shortage — specifically nationwide are on the national kidneys and livers. transplant waiting list.

Last year, only 20% of those waiting for a kidney received a second chance at life.

The problem is, most people don’t know living organ donation is an alternative!

A kidney or liver from a living donor is the fastest option, with the best results and can save more lives NOW! The Living Bank is here to inform, inspire and invoke change through awareness.

“NO ONE IS USELESS IN THIS WORLD WHO LIGHTENS 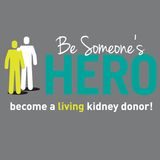 More from The Living Bank