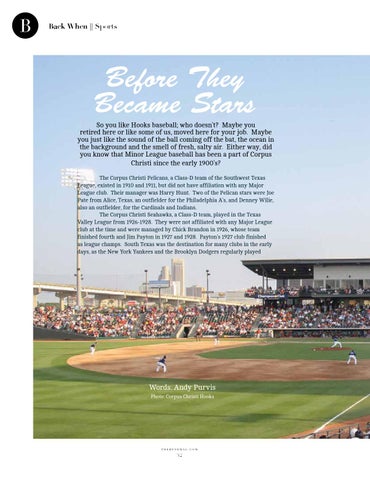 Before They Became Stars So you like Hooks baseball; who doesn’t? Maybe you retired here or like some of us, moved here for your job. Maybe you just like the sound of the ball coming off the bat, the ocean in the background and the smell of fresh, salty air. Either way, did you know that Minor League baseball has been a part of Corpus Christi since the early 1900’s? The Corpus Christi Pelicans, a Class-D team of the Southwest Texas League, existed in 1910 and 1911, but did not have affiliation with any Major League club. Their manager was Harry Hunt. Two of the Pelican stars were Joe Pate from Alice, Texas, an outfielder for the Philadelphia A’s, and Denney Wilie, also an outfielder, for the Cardinals and Indians. The Corpus Christi Seahawks, a Class-D team, played in the Texas Valley League from 1926-1928. They were not affiliated with any Major League club at the time and were managed by Chick Brandon in 1926, whose team finished fourth and Jim Payton in 1927 and 1928. Payton’s 1927 club finished as league champs. South Texas was the destination for many clubs in the early days, as the New York Yankees and the Brooklyn Dodgers regularly played 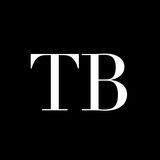