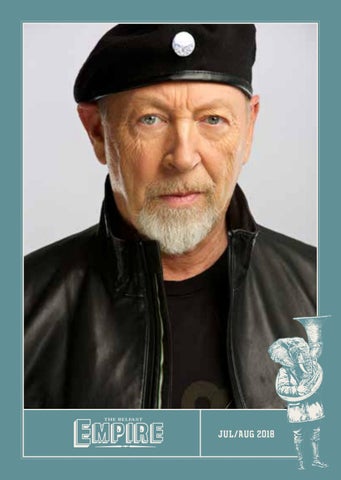 BOOKING INFORMATION TICKETS AVAILABLE FROM THE EMPIRE BAR (no booking fees) ALL TICKETMASTER OUTLETS 24 hr booking line 0844 277 445 www.ticketmaster.ie Should you or any member of your party require any special assistance, our staff will be delighted to help. We recommend that when possible, you notify The Belfast Empire prior to your visit. Please note that some performances may use special effects, such as strobe lighting and smoke effects. All patrons must be aged 18 or over. FOLLOW US ON Twitter, Facebook &amp; Instagram

Dear all, Summer&#39;s here, and we&#39;ve already had some great beer garden weather. Hopefully we&#39;ve a lot more, because, I don&#39;t know about you, but it definitely improves our mood! We&#39;ve the second half of what&#39;s already shaping up to be a classic World Cup tournament, with the cup final due on Sunday 15th. Watch this space for special offers, giveaways and our famed World Cup Wings. Speaking of July, we&#39;ve our annual visit from THE BOSS UK, the country&#39;s finest tribute to the music of Bruce Springsteen and the E Street Band. Show your loved ones who the Boss is! Fairport Convention legend RICHARD THOMPSON is playing a super intimate set in August and STEVEN PAGE of the Bare Naked Ladies will be playing his debut solo Irish tour the same week! Local noise is incoming from NEW PAGANS, featuring former and current members of the Rupture Dogs, Fighting With Wire and Girls Names, while CC HOULIHAN&#39;S ELVIS spectacular returns! ROADHOUSE DOORS, HATS OFF TO LED ZEPPELIN, LEGEND (the Music of Bob Marley and the Wailers), there&#39;s something for everyone this summer. Add a full bill of Empire Basement entertainment, Comedy throughout and, of course the best in local and craft booze, and you don&#39;t need to go anywhere else! As always, I remain yours,

You demand and the Empire delivers. THE BOSS UK return for what’s become a bit of a fourth of July tradition here in leafy Botanic Avenue. With a full live band, authentic instruments and a massive back catalogue to choose from, the seven piece outfit capture the power and glory of a real Springsteen gig, but without the massive queue for the bar. From the bombast and anthems of Born in the USA, through to the more contemplative likes of Nebraska, all the way up to the well-regarded releases of recent times, there’s a Bruce Springsteen song for all of us, and THE BOSS UK are the class act to play them all.

The term ‘supergroup’ is thrown around an awful lot, but in the case of the NEW PAGANS we’ll let it slip. No less than five of the country’s best regarded musicians from bands like Fighting With Wire, The Rupture Dogs, Girls Names and Balkan Alien Sound. What does this add up to? A glorious 90’s racket, recalling the masterpieces of Sonic Youth, the Sisters Deal and Smashing Pumpkins. Full support bill has been announced in the form of CATALAN (former Axis Of) and the remarkable SISTER GHOST. It’s three of the finest up-andcoming local outfits playing on the same bill, for not a lot of money. What is there not to love? 10

It’s time to dust off that old jitterbug, set the victory rolls and straighten those stocking seams as THE SWINGTIME STARLETS return to The Empire. Last year’s Summer Swing show was such a great success, with everyone dressed to the nines that we thought we might just have to do it all over again. With Andrews Sisters melodies and authentic 40’s styling, let THE SWINGTIME STARLETS return you to a more civilised time. Have your night enlivened by all the classics from the heyday of Hollywood, the jazz age classics and a few little surprises thrown in for good measure. 11

Great news for all you RuPaul’s Drag Race fans, as SHARON NEEDLES, winner of season 4 and one of the show’s best known alumni makes her Empire Music Hall debut. A self-described ‘stupid genius, reviled sweetheart and PBR princess’, Sharon’s ghoulish, punky aesthetic saw her crowned the Queen of Season 4. On tour once again, Sharon’s Celebrity Morgue will see a cabaret performance paying tribute to her favourite dead pop and Hollywood icons in a night not to be forgotten. And there are a limited amount of pre-show meet and greet tickets available to boot.

PAY AT THE DOOR

A TRIBUTE TO BOB MARLEY

We could all use a little bit more love in the world, which is why you should be checking out LEGEND – the ultimate tribute to Bob Marley and the Wailers. Taking a break from their usual hectic summer festival schedule, LEGEND return to The Empire Music Hall for over two hours of classic hits like I Shot the Sheriff, One Love and No Woman No Cry. With musicians who’ve worked with everyone from Rankin Roger (The Beat) Desmond Decker and Apache Indian, you’re granted the best of roots and reggae musicianship, while the charismatic cheesy steps into Bob’s shoes with aplomb, a fitting tribute to one of the greatest bands of all time.

Summer’s here and the living is easy, so grab a cocktail with an umbrella in it, slap on the Ray-bans and hit the beach. PLEASUREDOME will be hosting their very own Club Tropicana in The Empire Music Hall, and while the drinks aren’t free, good times are pretty much guaranteed. One of Belfast’s hottest destinations for Hen Parties, birthdays and other celebrations, Pleasuredome has it all. Full live band? Check! Cheesy 80&#39;s DJ? Check! Outrageous outfits? Check all those boxes for your one way trip to the 80s, courtesy of all your favourite soundtrack moments, power ballads and 80’s hits you thought you forgot. 18

Remember the heady summer of ‘99, when we were all worried about the Y2K bug, watched the X-Files and couldn’t escape from one insanely catchy number on the wireless? One Week was a pop culture confection, referencing just about everything in the zeitgeist, and was the work of the Bare Naked Ladies. Following a rave reaction to a recent UK solo jaunt. Former frontman STEVEN PAGE will be joining us on the Belfast leg of his first solo Irish tour. Playing the hits from the bands accumulated 20 years long back catalogue, his solo material and a few fan favourites, STEVEN PAGE’s intimate solo show is a must for fans of the finest decade for music. 19

It’s not very often you get one of Rolling Stone Magazine’s top 100 guitarists of all time in town, but when you do, they like to play The Empire. Fairport Convention guitar hero and folk rock guru RICHARD THOMPSON is playing an intimate gig by way of warm up for a much larger UK tour in the Autumn, so here’s your chance to get a preview in a venue half the size of the ones he’ll be playing later on in the year. With his seminal work with Fairport Convention, session work with the likes of John Martyn and Nick Drake, and his own, near universally acclaimed solo work, we can use the word legend with no sense of doubt. This is a frankly unmissable opportunity to catch a genius at work.

THE ROADHOUSE DOORS 50 YEARS OF STRANGE DAYS SAT 18 AUG | 8.30PM | £11 Jim on vocals, Ray on Keys, Robby on guitar and John on drums. Where’s the bass? You don’t need a base when you’re free flying with the Doors man, what do you need a safety net for? THE ROADHOUSE DOORS understand the appeal of the finest rock and roll band that ever existed, and they’re taking their 50 Years of Strange Days tour to The Empire Music Hall. Ireland’s greatest tribute to the band that defined the Summer of Love, soundtracked a thousand protest montages, and made Apocalypse Now’s opening and closing sequences iconic, THE ROAD HOUSE DOORS are a true fan’s band, sourcing rare and authentic instruments to get the experience just right. If you book them, they will come… 22

And MORE TO BE ANNOUNCED...

CC HOULIHAN&#39;S ELVIS SPECTACULAR WITH HIS TCB BAND &amp; THE SWEET SENSATIONS SAT 25 AUG | 8.30PM | £12 That time of year again, as the CC HOULIHAN circus rolls into town. Whether it’s the classic rock and roll era Elvis, the Comeback Special, or the Vegas years, CC HOULIHAN has an Elvis for you. Winner of the Best Gospel Elvis award, as well as the Elvis 4 nations, this is not a show to be missed. With the support of the TCB BAND and THE SWEET SENSATION singers, CC’s show, complete with authentic gear and outfits designed by Elvis’ personal clothier, takes you on a whistle-stop tour of the King’s greatest hits, fan favourites and the odd surprise thrown in for good measure.

drink offers of the month 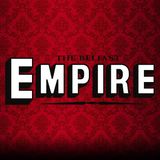 More from The Belfast Empire