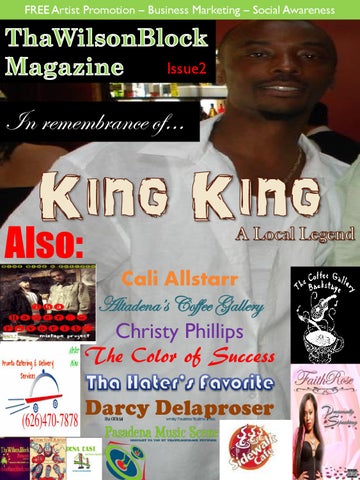 Hello All and thank you for reading our second issue of ThaWilsonBlock Magazine. I created this online-only publication with tha intentions of enhancing our marketing efforts on ThaWilsonBlock Network. I am not only an artist but an advocate of social &amp; political injustice. My focus is on tha well-being of poor &amp; less fortunate people who live in a high class society. I believe in Change for tha greater good. I hope you find some of tha articles in this issue of some importance. Much Love &amp; Appreciation –Mistah Wilson

It Just Has To Make Sense

When I was finally released from these &quot;convents&quot; filled with medieval madness, a kaleidoscope of tortured memories would spin in my head...the entire experience was so bizarre that there was no sense that could be made out of it ...one cannot make sense out of evil ...Then I came upon the movie The Magdalene Sisters and there was my life in a movie ...It was then that I realized there was nothing random about any of this ...this was ORGANIZED ABUSE across the board ...I woke in the middle of the night last year and it all became very clear to me ...the greed, the corruption, the story ....and I got up and wrote I AM THE VOICE....The Magdalene Laundries/Good Shepherd Convents were here in America and it is a part of our history that has been kept in the dark...NOT ANY LONGER ...Girls, young women being locked away is not acceptable ...it is an OUTRAGE ....our babies were taken ...this is not acceptable ...it is an OUTRAGE ...I am putting a shout out to any girl/woman who was &quot;sent&quot; to one of these places to please step into the LIGHT and join us ...Your experience is a part of all of our experiences ...we need your voice to make this happen ...We need all of you ...RISE UP WITH US ....SILENT NO MORE ...

After taking a full week out to listen to female rapper Faith Rose&#39;s debut album &quot;Personally Speaking,&quot; we were a bit surprised. A lot is expected from a female rapper if she views herself as being HOT! After listening to the album, let&#39;s just say that Faith Rose is a force to be reckoned with. &quot;Personally Speaking&quot; was produced by no other than Paco Swartz, a fellow pasadena-native rapper/producer/an d then some. The album comes equipped with features like Nino, Ethan Avery, Kampaign, &amp; Paco Swartz. Not only does the album sound great, it&#39;s diverse sound is potent enough to flourish on both mainstream &amp; underground. Now that is what we call music. Released May 17th, 2011, Faith Roseâ&amp;#x20AC;Ś

How King King impacted the community:

Terrance Bowman-Taylor is currently on death row in North Carolina for crimes he did not commit. He was a college student from New York who came to North Carolina to visit his relatives and some friends and never made it back home. He was wrongfully arrested and convicted of allegedly causing the deaths of two men.

I was unlawfully arrested, illegally prosecuted &amp; wrongfully convicted by a corrupt court and sentenced to die for crimes â&amp;#x20AC;&amp;#x153;I DID NOT COMMITâ&amp;#x20AC;?. This was done to me based solely on the false testimony of a male who is a habitual felon, known drug dealer, drug user who was a bitter drug rival of the deceased men in my case. This individual was the initial suspect in the case &amp; was a fugitive from the law at the time he was detained as a suspect in my case. However, despite stating that he was allegedly with me &amp;several others (who stated I never committed these crimes) when these crimes were allegedly committed &amp; having several outstanding warrants out for his arrest, this individual was never arrested for anything &amp; was released after giving a false statement against me. I was the only person charged &amp; donâ&amp;#x20AC;&amp;#x2122;t have any co-defendants.

As a young man,

case for petty theft. Chris was placed in the Indiana Reformatory to do his time. He was three months away from being released and was planning for his future. On February 1, 1985 during a shakedown, Chris and

others witnessed another inmate being sprayed with mace, beaten with a bat while he is shackled. Inmates were yelling &quot;they are going to kill him&quot; chaos erupting in the prison cell that led to a riot. Although no lives were taken, no plans for a riot prepared, it was not premeditated. These young

INFO &amp; CONTACT DETAILS Christopher Trotter men were there and witnessed the inmate&#39;s brutal 862556 D-306 beating first hand and felt for P.O. BOX 1111 the inmate&#39;s life as well as Carlisle, Indiana 47838 their own lives and fought

His involvement in a 1985 prison riot turned his 4-year prison sentence into a 142year sentence.

FIXATED Pasadena, Ca rapper PokeyLo has been heavy on the campaign trail for his upcoming debut project Tha Grey Area mixtape. With the release of his 3rd single “Fixated” feat. Bigg Bump, PokeyLo has been topping each release. Every song that he has released has done better numbers than the last. For a cat who barely broke out on the Pasadena Music Scene, he’s definitely already making a statement. “Fixated” has already surpassed 30,000+ plays

My conviction was completely based on a coerced confession conducted by Detective Loveless and his SGT in violation of my rights . I was pressured and manipulated by interrogating officers into waiving my rights and confessing to a crime that I originally reported. This resulted in an unjust conviction and sentence in 2002 after my arrest in July 2000. I will not be silent about the injustice and prevalent corruption in our criminal justice system and its habit of wrongfully convicting children and adults alike. I will SCREAM for this to change until my final breathe...can you?

Through our journey of discovery on the local music scene in Pasadena, we learned that The Coffee Gallery on Lake ave (next to Pasadena/Altadena border) is a prominent hub and hot spot for local talent to come and showcase. There is so much diverse talent in Pasadena that it could pass for being it&#39;s own industry. With a front and backstage, The

Coffee Gallery always has something going on.

The scene is usually frequented by local artists from Altadena, Ca. This is definitely a recommended place to hit up if youâ&amp;#x20AC;&amp;#x2122;re looking to network or even book an event in the Pasadena/Altadena area.

Altadena&#39;s Coffee Gallery is a prominent hub on the local independent music scene in the region. 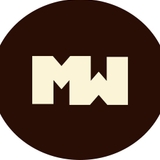