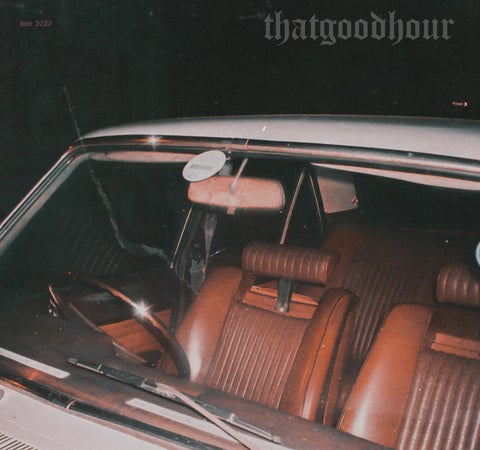 a short zine by

OUR THREE FAVOURITE PHOTOGRAPHERS OF THE MONTH

What we listened to throughout production

Created & Designed by Kino Hogan (@kinohogan) Make sure you head over to our instagram @thatgoodhour to keep on track with our progress and camera sales. We also clean, refurbish and try to restore broken Co-owner of @thatgoodhour film cameras. If you have any queries or questions feel free to email us, w/ Jonathan Lassen (@jonathanxlassen) thatgoodhour@gmail.com.

The F-1 was Canonâ&#x20AC;&#x2122;s first successful professional-grade SLR system, supporting a huge variety of accessories and interchangeable parts so it could be adapted for different uses and preferences.

The Canon F1 is a 35 mm single-lens reflex camera produced by Canon, Japan, from March 1971 until the end of 1981, at which point it had been superseded by the New F1 launched earlier that year.

Jonathan Paragas, a.k.a @kingjvpes, is hands down one of our favourite youtube creators. He does regular reviews and tutorials on various film related topics such as developing, scanning and the odd trip to a thrift store. He has a very insightful video up on his channel about the new version of the Canon F1.

The Minolta XG-M was a 35mm single-lens reflex camera introduced in 1981 by Minolta of Japan.

Matt Day, a.k.a @mattdayphoto, is yet another incredible youtuber who does regular reviews of @fotostrobo some of our favourite cameras. One of his most beloved pieces in his collection is his Minolta XGIt was also known as the X-70 on the M. It is also our go-to film camera! The Minolta Japanese market, in which it was not available until 1982. When released, XG-M supports both aperture priority autoit was the top model in Minoltaâ&#x20AC;&#x2122;s XG exposure and full manual mode. For aperture series of consumer-grade manual focus priority shooting, the shutter speed dial was set to SLRs, replacing the the A (auto) position. The photographer would set XG-9. the aperture on the lens, which would be visible in the viewfinder by means of a small periscope beneath the image.

Mamiya RB67 The Mamiya RB67 has been a favourite of ours for a while. Possibly the most popular in the medium format world. It is also one of the heaviest. It was first released in 1970 as the RB67 Professional. The Pro-S was released in 1974, and is the most common RB67 camera. It was sold for over 15 years.

The camera body itself is quite simple and fully mechanical. It does not require any battery power. A special limited edition called RB67 Professional GL was also released in 1981. It does not state GL on the body and is identical in specifications to the Pro-S, but uses gold colour instead of chrome colour metal. It is also wrapped in a different reddish brown coloured leather.

CFS is definitely at the top of the game in Cape Town right now for film supply and developing. With great quality scans and fast turn-around times, they are all we hear about down in the Cape Town film scene. The below is an extract off their website.

In 2011 Michael Ellis and Christiaan Beyers crossed paths while working on a student film production. A mutual passion for film photography brought the two closer who quickly developed a colorful friendship. Eagerly sharing knowledge of film from across the globe with each other, their hobby escalated into something that can only be described as a â&#x20AC;&#x2DC;research obsessionâ&#x20AC;&#x2122;. After a full year of sourcing and restoring machines from locked rooms in forgotten camera stores across the country, they opened up their lab door in 2019.

Orms is also one of the best places in Cape Town to get your film developed. They stock a great variety of film types and are also my go-to for printing. They are quite affordable too on the printing side! They are definitely the leading digital photography store, so to be maintaining that branch as well as doing great in the world of film is impressive. They have a youtube channel which we enjoy, it is also very informative about film. Their instagram is @ormsdirect

The very first time I walked into Tothills I felt like a kid on Christmas morning. There are an incredible amount of photographic treasures. Whether you are looking for Patterson tanks for home developing or even just a roll of film, theyâ&#x20AC;&#x2122;ll have it. Really recommend giving them a visit if youâ&#x20AC;&#x2122;re ever in the Cape Town City area.

OUR 3 FAVOURITE FILM TYPES Kodak Gold 200. Kodak Gold 200 is a low speed, color negative film that offers the ideal blend of color saturation, high sharpness, and fine grain! When it was originally designed, it was created for general/everyday situations during daylight hours or with an electronic flash. This has become a favourite of ours because it gives excellent results and is one of the cheaper film stocks around. The new Portra 400 is the world’s finest grain high-speed color negative film. At true ISO 400 speed, this film delivers spectacular skin tones plus exceptional color saturation over a wide range of lighting conditions. Whilst this is the more expensive film type to choose, it definitely delivers, and it definitely gives you your money worth. For the last film type we wish to share with you, we just can’t decide. It’s definitely between Fuji C200 and Kodak Colorplus... best thing to do is try out each film type till you get a preference. At the same time, we find ourselves changing up our choices to suit the aesthetic and mood we are going for. “Thirty Five Studio”, on youtube, does a great comparison video of the two.

SUBMISSIONS ARCHIVE We asked our followers to submit 3 photographs out of their collection to feature in our first ever zine. We got an immense amount of submissions but could only come to select 15 photographers at this time, otherwise we would be working on this zine for the entire year! Thank you to everyone who submitted! 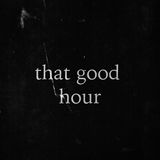 thatgoodhour is a newly designed zine which focuses on the collaboration of film photographers globally. The zine highlights the work of fil...

thatgoodhour is a newly designed zine which focuses on the collaboration of film photographers globally. The zine highlights the work of fil...