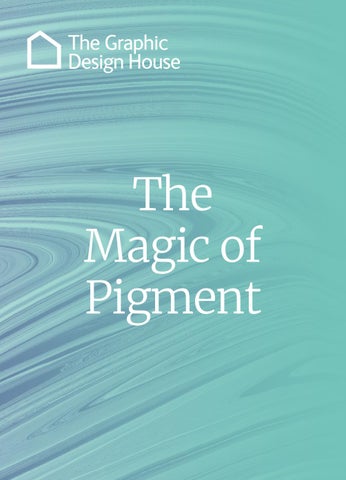 The Magic of Pigment Colour is fascinating. Colour can evoke emotions, drive actions and cause reactions. 40,000 years ago artists invented the first pigments from a combination of soil, animal fat, burnt charcoal, and chalk creating a palette of red, yellow, brown, black, and white. For hundreds of years, the cost of lapis lazuli rivalled the price of gold. In 1775, the Swedish chemist Carl Wilhelm Scheele invented a bright green pigment laced with the toxic chemical arsenic banned in 1960’s and thought to have contributed to Cézanne’s diabetes and Monet’s blindness.

Colour and Healthcare Fascinating studies with regards to colour and healthcare show a wide variety of findings. Dining rooms in mental health units treating those with anorexia have been painted orange which stimulates appetite whilst blue suppresses. Yellow is known to make babies cry more and avoided in maternity units. There are many functional uses of colour e.g separation between the floor and the wall in circulation spaces helps those with aging eyes to distinguish between different planes and reduce mobility issues.

Visual information 90% of information transmitted to the brain is visual. Yellow, orange and red send light rays of smallest frequency and longest wavelength which means we see yellow first. Red can be seen from the longest distance. Colour is a vital element for the brain as it processes images 60,000 times faster thanÂ text. For designers colour adds magic to a design, it can draw the eye and create aÂ shorthand message.

Sir Isaac Newton Imagine a time when colours had no names. A pioneer in the field of colour Sir Isaac Newton in 1672, published his first, controversial paper on colour, and later, â&#x20AC;&#x2DC;Opticksâ&#x20AC;&#x2122; . He passed a beam of sunlight through a prism. When the light came out of the prism is was not white but was of seven different colours: Red, Orange, Yellow, Green, Blue, Indigo and Violet. The spreading into rays was called dispersion by Newton and he called the different coloured rays the spectrum.

Chromesthesia Chromesthesia is one of the most common types of a type of synaesthesia . An acoustic perception evokes a visual experience where some see music in shapes and colours, they may have a perception of taste and smell, and in their fingertips, and they may even feel a texture. These synesthetic experiences are automatic and involuntary.

Madder trade During the 13th century, those selling the blue plant-based dye of woad and the red plant-based dye of madder battled to get others to buy their products. In Magdeburg, the centre of Germanyâ&#x20AC;&#x2122;s madder trade, religious frescoes began to depict hell as blue; in Thuringia, the madder merchants persuaded the stained-glass craftsmen to make the devils in the new church windows blue, rather than the traditional red or black, all in theÂ effort to discredit the upstart hue.

Human behaviour “Even if a person tries to be angry or aggressive in the presence of pink, he can’t, the heart muscles can’t race fast enough. It’s a tranquilizing colour that saps your energy.” It’s been used in prisons and many sports teams paint the visiting team’s locker room pink.

The full spectrum New borns can only focus about 8 to 12 inches from their face, and they see only black, white and grey. As their colour vision begins to develop, babies will see red first â&#x20AC;&#x201C; they will see the full spectrum of colours by the time they reach five months of age.

CMYK In 1906, the Eagle Printing Ink Company incorporated the four-colour wet process inks for the first time. Cyan, magenta, yellow, and black (also known as key), hence the name CMYK combined produce almost unlimited number of richer, darker tones. CMYK printing uses a method called halftoning to create different intensities of colour while saving on ink. The basic technique involves using little dots instead of solid blocks of ink. These little dots are small and spaced evenly apart so that the human eye sees it as a solid colour.

Why do digital and Lithographic print colours differ? Digital uses toner based ink with images transferred electronically to the paper through magnetism and sealed through heatÂ fusers. Lithogrpahic printing uses wet ink which saturates the paper. Each colour requires its own image plate which is rolled or â&#x20AC;&#x2DC;offsetâ&#x20AC;&#x2122; onto a cylinder, which makes an impression on paper being fed through the press. As the paper moves through each set of rollers, the colours mix to create a full colour image on the page.

Pantone Inc In 1956, Pantone Inc. consulted a chemist to reduce the complexity of their printing process. The ink supply was reduced to a simpler system, using a smaller number of inks to produce a boundless range of colours. Their greatest contribution to the industry was to introduce the Pantone Colour Matching System. Pantone uses 14 pigments to create 1,114 unique colours. 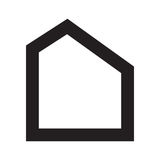