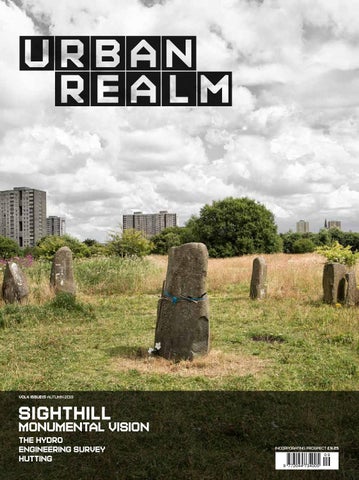 THE LARGEST REGENERATION PROJECT TO BE UNDERTAKEN IN GLASGOW THIS SIDE OF THE COMMONWEALTH GAMES IS ABOUT TO GET UNDERWAY, A MERE 50 YEARS AFTER THE LAST VISION. WITH THE SUN ABOUT TO RISE ON A NEW SIGHTHILL WE SEE IF THE POLITICS, PLANNING AND ECONOMICS ARE IN ALIGNMENT THE SECOND TIME ROUND. PHOTOGRAPHY BY TOM MANLEY.

Cut off from Townhead by the M8 motorway Sighthill has long been an area to pass by at speed rather than linger at leisure but that could all be about to change with an ambitious master plan for the area which seeks to bring ‘connectivity, activation and destination’ to the area for the first time. Seeking to snatch victory from the jaws of defeat at the 2018 Youth Olympics Glasgow City Council is to give Sighthill residents a real sporting chance with one of the most ambitious regeneration projects seen in the city. The largest of eight Transformational Regeneration Areas, each with its own business plan; it is expected to cost upwards of £250m to deliver and is of a scale and ambition comparable in scope to that of the New Town Development Corporations of the post war era. Intending to capitalise on Glasgow Caledonian University’s £30m campus development together with on-going investments by Strathclyde University (not to mention New Campus Glasgow), GCC is partnering with these institutions on the delivery of accommodation URBAN REALM AUTUMN 2013 URBANREALM.COM

for 600 mature students in the south western portion of the site, in addition to providing a range of sports facilities. Situated next to a planned Paddle Sports Centre and the successful Speirs Wharf in Port Dundas it will help draw activity north via a ‘green lung’ that will straddle the main Glasgow/Edinburgh railway line. As a unique corner of the vast site it will be the only plot to benefit from an overlap of all the various activities, from arrivals to landscaping and canals. It will also offer a large open space for residents and an opportunity to create something on a larger scale to be flanked by terrace gardens stepping down to the basin. In an effort to find out more about the likely impact of the scheme Urban Realm spoke with Patrick Flynn, head of housing policy and services at GCC. “We’re creating a new neighbourhood here linked to George Square by ‘a street in the sky’ pedestrian bridge which carries a north/south ‘central spine’ from the city centre into the new neighbourhood”, Flynn said. “The next component will be 141 new social rented &gt;

Regeneration on this scale is certainly no walk in the park

homes which are going in this calendar year. Our partners GHA - who own the existing multi-storey blocks which are being demolished, will give new homes to the 410 households who will stay in Sighthill. “The school and core campus area has money in place; we’re committed to the school, we’re committed to the bridge and we’re committed to making it happen as a legacy of the bid for the Youth Olympic Games.” Though the 791 homes on the 50 hectare plot are still subject to a competitive dialogue process, this hasn’t prevented some soft marketing from taking place as interest from developers builds. At this stage however the outline plans merely detail a test mix of apartment blocks, town houses and terraces, so that when private developers come back with proposals of their own it will become clearer what works and what doesn’t. Parking for instance is encouraged toward the rear of blocks, rather street parking. Pedestrian activity will focus on URBAN REALM AUTUMN 2013 URBANREALM.COM

the square in front of the school, which will house, replacement facilities for two existing schools as well as offering a nursery. Sports facilities will also face onto the square, helping to activate the space as a community focal point and public transport hub as well as adding to the potential for small retail units in the ground floor of neighbouring apartments. The construction will result in significant encroachment upon the existing Sighthill Park however, as Mandy MacDonald, GCC’s head of project management and design, stressed was justified on the grounds of quality over quantity: “We’ve used Sighthill Park for some housing but we’ve introduced an urban park and a green network from the cemetery, creating useful areas which people can engage with rather than the current park which is seen as a barrier between residents and access to the city. We’re putting the park back in a more usable, friendly and engaging way.” As it stands Sighthill has the feel

Âť As it stands Sighthill has the feel of an introverted island, defined by the boundaries of the M8, railway, cemetery and Springburn Road. ÂŤ

In its present state of transition Sighthill resembles a war zone

of an introverted island, defined by the boundaries of the M8, railway, cemetery and Springburn Road. The opportunities and liabilities these features present have potential to boost and hinder permeability and the need to handle these assets in as open a manner as possible forms the basis of the master plan. As such existing connections will be enhanced and a series of new connections introduced in a bid to increase permeability - with Springburn Road serving as the main gateway into the site for vehicles. An infrastructure master plan first and foremost the scheme will necessitate removal of tonnes of contaminated soil, a process that will include levelling out the land to create a more cohesive site area - with some elevations being reduced by as much as 10m. This process is geared toward creating a platform for getting URBAN REALM AUTUMN 2013 URBANREALM.COM

private developers back on board and will include a system of new roads to make the land more attractive for development. In addition an equal, if not greater, area of parkland and open spaces will be provided and a new road bridge to Cowlairs will direct heavy traffic away from Sighthill itself. Reclaiming the land will have one unwanted side effect however; it means that an incongruous 1979 stone circle will no longer point the way to the stars. Duncan Lunan, creator of the pagan friendly atraction, told Urban Realm: â&amp;#x20AC;&amp;#x153;Since the stones are very solidly cemented in you canâ&amp;#x20AC;&amp;#x2122;t just reposition them and because the events they point to on the horizon are on diagonals aligned to the rising and setting of the sun and moon, re-erecting it where it is, is not an option. What they (GCC) have told us is that they will go to lengths to make sure the stones are removed intact &gt;

and re-erected on another site.” Building a new circle is not a particularly worthwhile exercise in and of itself however, as though when first built it was the first stone circle to be created in 3,500 years, now even Uri Geller has one in his back garden – its tackiness largely quashing the romance of such projects in the process. “It would be a much better idea to build something new, though still inspired by the ancient past and astronomically related, which the stones could be incorporated into,” Lunan concedes. “The uniqueness of it is going to be lost. When I started saying that this was the first of its kind for at least the last 3.5k years I was using an expression of my fathers ‘I was trailing my coat to see if anyone would stamp on it’ but no-one has ever come forward to say there was an earlier one. I was the first to do it since the beginning of the Bronze Age.” Older hands might be forgiven a sense of history repeating as the 1960’s vision for Sighthill is swept away, but MacDonald refuses to call the existing estate a failure, saying instead: “I think it was successful at the time, it’s only

with the benefit of hindsight at which the buildings are at the end of their own lifespan and communities have moved on.” Flynn adds: “There is a community in Sighthill but we’re in a different place and this will give flexibility and connectivity. We’re not going to put mono tenure housing down and it’s going to meet different parts of the market. What we’re doing is preparing, people need houses and the supply side pressure is absolutely enormous, we’re going to put in place across the city appropriate housing which meets our development plan and provides shared equity, midmarket rent.“ You cannot fault the ambition of those seeking to re-fashion a 50 hectare slice of the inner city and the confidence gleaned from projects such as the Commonwealth Games Athletes Village and Laurieston point the way to a successful template for the future. If the promise of these schemes can be realised then, after many false starts, Glasgow will have acquired a new city quarter which will last a great deal longer than a mere 50 years.

photo story for Urban Realm Magazine accompanying article on regeneration of Sighthill, Glasgow. Plans to regenerate the Sighthill area look promising in connecting the area to the city centre & providing a new urban community , whilst ensuring public landscape & open areas remain. Building on open ground however is controversial in removing natural habitats, opposed to good practice recommending retention of park space. With a vast amount of Brownfield Sites within the city it is important to question the justification and environmental impact of building on open parkland, however much the scheme aims to create a new sustainable neighbourhood. The photostory features the threatened Stone Circle project undertaken in the 70s as the Glasgow Parks Astronomy Project & one of the 10 ‘Monuments That Move Me’ creative heritage projects. 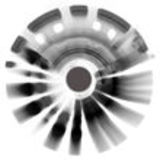