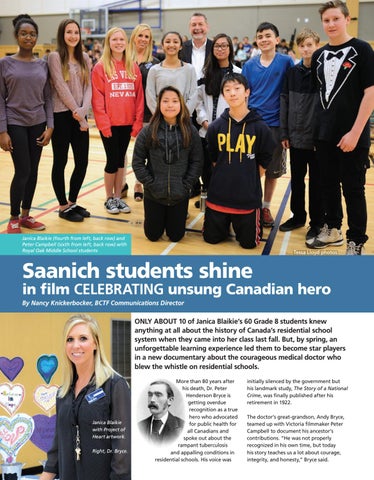 ONLY ABOUT 10 of Janica Blaikie’s 60 Grade 8 students knew anything at all about the history of Canada’s residential school system when they came into her class last fall. But, by spring, an unforgettable learning experience led them to become star players in a new documentary about the courageous medical doctor who blew the whistle on residential schools.

More than 80 years after his death, Dr. Peter Henderson Bryce is getting overdue recognition as a true hero who advocated for public health for all Canadians and spoke out about the rampant tuberculosis and appalling conditions in residential schools. His voice was

initially silenced by the government but his landmark study, The Story of a National Crime, was finally published after his retirement in 1922. The doctor’s great-grandson, Andy Bryce, teamed up with Victoria filmmaker Peter Campbell to document his ancestor’s contributions. “He was not properly recognized in his own time, but today his story teaches us a lot about courage, integrity, and honesty,” Bryce said.

Magazine of the BC Teachers’ Federation 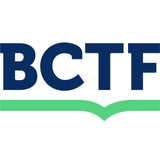