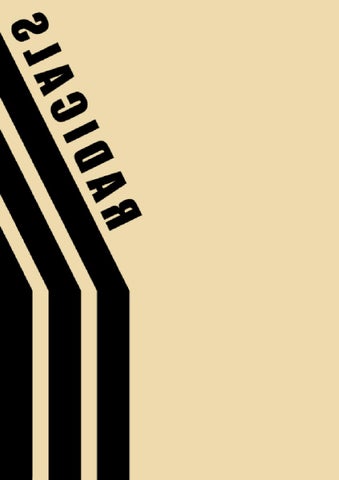 RADICALS A group of artists, writers, musicians and thinkers in the early nineteenth century, among them the British notables Mary Wollstonecraft, Lord Byron, Thomas Paine, William Blake and Mary Shelley, became known as the Romantics. Priding intuition and imagination over reason and empiricism, their original thought and free speech was a radical departure from the preceding era of Enlightenment rationalism, yielding a cannon of seminal works, such as Paine’s Rights of Man and Wollstonecraft’s Vindication of the Rights of Woman, whose legacies are enduring. It has become a topic of contention as to what the term ‘radical’ means today, such is its everchanging context. Arguably, since the events of September 11, 2001, pejorative connotations have been dominant. Radical Islam and the threat of terror hang over the globe like the Armageddon of Revelation, precipitating a war between the secular and the pious that has prattled on bloodily for a decade. Indeed, the ‘radicalisation’ page on Wikipedia focuses almost solely on the path to jihadisation and subsequent commitment to the performance of terrorist acts. It can thus be argued that, paradoxically, radicalisation today serves to create something conventional, a homogenous army of self-destructive followers as opposed to the individual, free-thinking, independent agent for positive change that each of the Romantics is remembered as being. Indeed, worryingly, the gloved hand of the state, fearing the might of the people as demonstrated in the 2011 Tunisian and Egyptian revolutions, is frequently creeping round to silence such independent voices, even in the second decade of the twenty-first century. Following Ai Weiwei’s arrest and detention by the Chinese government, the Booker Prize-winning Indian novelist Arundhati Roy told The Guardian of the increasing persecution she has received as she continues to polemicise about the problems of the Indian state, its stance on Kashmir, its scant regard for the environment in favour of rapid development and its record on corruption. Two hundred years after the Romantics paved the way for independent minds to help change the world for the better, and in a world where each individual has the capacity to express and propagate their opinions via free blogging software and microblogging sites such as Facebook and Twitter, it seems inevitable that governments will stymie the potential for anarchy these technological and social developments can engender, for better or worse. Individuals become more radical as societies homogenise. Something must break.

Homage to Brian Cox, who has popularised science

and is saving the future of physics

Cut-up drawings for William S. Burroughs The cut-up is actually closer to the facts of perception than representational painting. Take a walk down a city street and put down what you have just seen on canvas. You have seen a person cut in two by a car, bits and pieces of street signs and advertisements, reflections from shop windows â&#x20AC;&#x201C; a montage of fragments. Writing is still confined to the representational straitjacket of the novel â&#x20AC;Ś consciousness is a cut up. Every time you walk down the street or look out of the window, your stream of consciousness is cut by random factors. William S. Burroughs

Due to the collapse of the USSR in the late 80s, Cuba was left without its main trading partner. As a result the average daily calorie intake fell by 1,000 in less than five years. Cubans were forced to grow their own food without herbicides or pesticides. In the late 1990s derelict sites across cities were appropriated by community groups for domestic agricultural production. Heavily subidised by the Cuban government these Organopónicos now provide 90% of Havana’s food. The Cuban system has been an inspiration in recent years to cities like Detroit, where citizens were left homeless and jobless because of the credit crunch.

The cut-up technique relies on chance to create new texts, commonly providing a non-linear alternative to traditional reading and writing systems. The concept can be traced to at least the Dadaists of the 1920s, but was popularised in the late 1950s and early 1960s by writer William S. Burroughs. The cut-up is essentially a literary collage, in which Burroughs cut up passages of prose by himself and other writers and then pasted them back together at random to create a new reading. The cut-up work of Burroughs has continued to be influential for decades: from the early 1970s, David Bowie has used cut-ups to create lyrics; the technique influenced Kurt Cobain’s songwriting, and Thom Yorke applied a similar method in Radiohead’s Kid A album – writing single lines, putting them into a hat, and drawing them out at random while the band rehearsed the songs. In addition to his innovative and significant contributions to literary history, Burroughs’ personal life also featured the hallmarks of a radical (and often disturbing) existence, from his privileged upbringing, his rebellion against 1950s middle class mores, his horrific killing of his wife by shooting her in the head during a William Tell-style game and his lifelong drug addiction. The Inter/Zone works take their name from the working title of Burroughs’ Naked Lunch. The series is generated using Burroughs’ cut-up technique, cutting new drawings vertically down their centre and pairing them randomly with others, such that lines of varying weight and direction fuse together to create new visual states of being.

Beverley Bennett is the founder and co-director of TBC Artists’ Collective. Her practice revolves around the act of drawing and the perpetual possibilities it possesses. Acts of play evolve into ritualistic, performative, labour-intensive actions that generate a greater understanding of the process, in turn allowing the ‘visual’ to become secondary. Her first solo show outside the UK, Residue, opens at Unit Gallery in Hong Kong, in May 2011, and more of her work can be viewed at http://nowthaticanaffordlaughter.blogspot.com. Laura Davidson graduated with an MA in Fine Art from the University of Middlesex in 2008, and is a core member of TBC Artists’ Collective. Her individual practice is currently focused on the performance document and the process of accumulation, particularly in dance, and observes the retention, re-introduction and repetition of past choreographies. More of her work can be seen at www.lauraelizabethdavidson.com. Self-taught and independent artist Fred.L’Épée evolves in the visual art domain. His work is a fluid articulation of short film, documentary, installation and photography. He currently lives and works in Athens, Greece, and his website is at www.fredlepee.com. Paul Mendez is a core member of TBC Artists’ Collective and Editor-in-chief of 12-Pages Magazine. His individual practice is in a state of flux; he is currently working on a novel and a new body of photographic – as a model – and text-based works. Some of his written work can be found at http://mrpaulmendez.blogspot.com. Charley Peters completed her PhD in Fine Art Theory and Practice in 2006 and is a co-director of TBC Artists’ Collective. Her individual practice explores the liminal space in between technology and tradition, figuration and abstraction, chance and control, and information and meaning. Her solo show Transmission opens at Electric Blue Gallery, London, in October 2011, and works in progress can be viewed at www.charleypetersprojects.com. Aman Sagoo is a London-based process painter exploring organic forms manifested through chaos and control. These visualised systems attempt to inform the relationship between nature and the manmade. Julia Kim Smith is an internationally-exhibited conceptual artist whose work explores issues of identity, memory, and the artistic, social, and political landscape. Her working method is interdisciplinary, and her projects take the form of performance, video, film, photography, and printmaking. She lives in Baltimore, Maryland with her husband and three children. http://www.juliakimsmith.com.

The works of artists and the images of works shown in 12-Pages are the subject of copyright. The copyright of works remains with the artist and any use of an image of a work is subject to agreement with the artist. You should not reproduce any image without the explicit prior written consent of the artist. The TBC logo is the copyright of TBC Artists’ Collective. All other photographs, graphics and text attributed to TBC members are the copyright of TBC and its members and also require our explicit prior written permission before reproduction in any form. TBC logo designed by Susheel Basra. 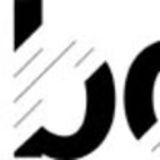 Tthe Romantics were a group of early nineteenth-century artists, writers, musicians and thinkers who revolutionised Western culture with the...

Tthe Romantics were a group of early nineteenth-century artists, writers, musicians and thinkers who revolutionised Western culture with the...