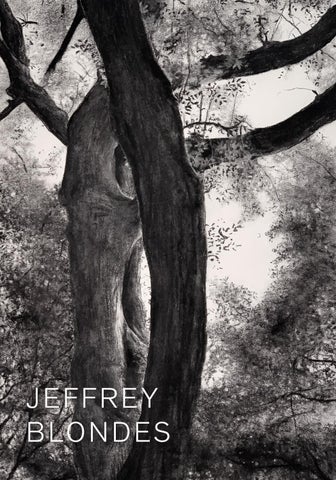 Artist Jeffrey Blondes began his symbiotic relationship with le Bois de Mametz, the site of an infamous World War I battle, somewhat serendipitously upon the centennial of the conflict, adjourning a history-peppered conversation with a close friend and adjoining another on a personal journey. Incidentally, David Jones, Welsh poet, acclaimed artist, and infantryman wounded in said battle, never intended to become a writer. Yet the words of Jones’ epic poem, In Parenthesis, outlining his harrowing experience wounded on the ground in the Mametz Wood, struck Blondes with inspiration. This extract is from a later part of In Parenthesis in which Private Ball describes the chaotic heavy fighting in the Battle of Mametz Wood. Ball has been hit by a bullet, has sunk to his knees and is retreating, half crawling from the fray, while trying to follow his earlier training instructions about not leaving his rifle on the battlefield. It’s difficult with the weight of the rifle. Leave it–under the oak. Leave it for a salvage-bloke let it lie bruised for a monument dispense the authenticated fragments to the faithful. It’s the thunder-besom for us

it’s the bright bough borne it’s the tensioned yew for a Genoese jammed arbalest and a scarlet square for a mounted mareschal, it’s that county-mob back to back. […] Five years into the project, the voice of Jones continues to fuel Blondes. His time-based HD 24-hour film, le Bois de Mametz, was made in 2016. Over the past year, in 2020, as the novel coronavirus plagued the world, Blondes revisited the film, obsessively sketching the huge tree that had been his subject. In the artist’s own words, upon stumbling upon a massive ash tree (though not an oak, as in the poem) in the wood, he had to pay homage to both the tree and the artist-poet in film: “A bit of it is my own fantasy about him crawling through the leaves and the sunrise in the morning when the battle starts and him getting wounded and him crawling to this tree to protect himself and then he falls over backwards and looks up at the light spattering down through the canopy and it’s all beautiful and he closes his eyes and doesn’t end up dying. He ends up surviving and goes on to paint a tree often for the rest of his life. The same tree over and over again.” recounts Blondes. Therefore, 100 years after David Jones crawled, wounded, to the base of a huge tree to await his fate, Jeffrey Blondes set about filming the ash tree he found. “In the first World War most of the trees were decimated by shrapnel,” he explains, “and if you look at the film this one must have survived; all the trees are new growth, narrow little things and this one monster of a tree. So, my fantasy

is that he [David Jones] became fixated on the tree that saved his life and he went on to paint it, and now I’ve filmed it…” David Jones and, perhaps, Blondes’ ancient ash tree, survived le Bois de Mametz, unlike 400,000 of his countrymen. Though admired by T.S. Eliot as “a work of genius,” Jones’ epic poem In Parenthesis never gained a foothold in the annals of history. Critically acclaimed by both W.H. Auden and Eliot, the work is a modern marvel, with fascinating bubbling syntax and gripping storyline. Similarly, though acclaimed in his time as a painter, we don’t immediately associate Jones as a lion of British painting the way we do with say, William Blake. Yet his paintings hang in the Tate and in 1928, he was nominated by Ben Nicholson for membership in London’s most progressive exhibiting group of artists, joining notyet-Dame Barbara Hepworth and Henry Moore. The survivor-tree Jones painted over and over, the most famous example of which, Vexilla Regis, is today in Kettle’s Yard at the University of Cambridge, UK. In a way, video artist Jeffrey Blondes pays perfect homage to the largely forgotten painter-poet by returning to his roots as a draughtsman. For this exhibition, Blondes created twelve drawings working from the film. The series documents the camera’s movement up the tree trunk at dawn through the branches and canopy of summer; then in reverse (upside down) in winter when the tree and its leafless branches evoke the human body, its nervous system and arteries. Initially trained in photography, Blondes transitioned into the mediums of painting and drawing in the early 1980’s. In 1992 he moved

with his family from Paris to the Loire Valley to immerse himself in the natural world. Eventually, he abandoned traditional practices to solely exercise the medium of long-form video as it gave him the freedom to explore the transience of nature and its impermanence in a unique way. His latest work is a return to the stillness of drawing as meditations on le Bois de Mametz. Until now, whether filming, painting, or drawing the landscape, Blondes worked out of doors before the subject. For this series, he returned to his studio. Some of his drawings are almost photorealist, while others are more abstract explorations of shape, pattern, and texture - focused on bark and negative space between leaves and branches. Their contemplative character, like Blondes’ films, suggest a slowed rhythm and are a meditation on light, texture and form that is resoundingly peaceful. Jeffrey Blondes was born in Washington DC and moved to Paris in 1981. His work is in a range of public and private collections, including the Centre d’Arts et de Nature, Chaumont-sur-Loire; Musée de la Chasse et de la Nature, Paris, and Lyman Allyn Museum, New London, CT. He is also represented by bitforms gallery, New York; Nicholas Metivier Gallery, Toronto; and GBS Fine Art in the UK. Among his film commissions are a private collection in Wilson, WY; Borusan Contemporary, Istanbul and Stanford Arts, Stanford University, CA. Blondes’ films, besides being in many private and public collections worldwide, are exhibited in patient-care areas of hospitals internationally, including Memorial Sloan Kettering, New York; John Hopkins, Baltimore and St. Thomas Hospital, London.

Artist Jeffrey Blondes began his symbiotic relationship with le Bois de Mametz, the site of an infamous World War I battle, somewhat serendipitously upon the centennial of the conflict, adjourning a history-peppered conversation with a close friend and adjoining another on a personal journey. Incidentally, David Jones, Welsh poet, acclaimed artist and infantryman wounded in said battle, never intended to become a writer. Yet the words of Jones’ epic poem, In Parenthesis, outlining his harrowing experience wounded on the ground in the Mametz Wood, struck Blondes with inspiration.