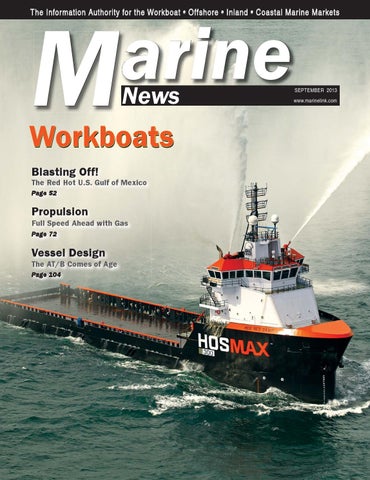 SURVICE characterizes the patented system as “crowdsourced” bathymetry (CSB), perhaps akin to the efforts being put forward by disaster ﬁrst responders who hope to better harness the power of social media outlets. This innovative approach to data collection, however, leverages existing infrastructure and a potentially unlimited workforce. The cost-sharing of data products results in low-cost bathymetry and other data and utilities that are valuable to many different interests. Since 2010, ARGUS has acquired more than 100 million soundings from a distributed ﬂeet of vessels navigating U.S. and international waters. Signals can be transmitted via WiFi or SATCOM and can be viewed in “real time,” if desired. Each dot on a typical ARGUS solution depiction represents at least 140 soundings. Those soundings, initially reported without input for the state of the tide or other variables, are corrected automatically after transmission and before posting. UNLIMITED POTENTIAL Backend processing of the data from all participating vessels is used to provide the latest condition reports back to the vessels to optimize route planning and navigation safety, and in the case of the inland waterways, could be used to optimize barge loading based on the current depth conditions. The system can contribute to the Corps’ mission at a minimum as a reconnaissance tool, highlighting for them areas that require expenditure of their resources vs. those that do not. ARGUS is a self-enabling technology for the inland waterways industry, providing condition reports at a fraction of the cost and at a speed many times faster than what it takes the Corps to provide updates to the waterway charts. In early June of 2013, a demonstration was conducted in coordination with the Port of Pittsburgh Commission’s (PPC) Wireless Waterways program. As reported in the October 2012 edition of MarineNews, the $1.3 million wireless project was funded by a $975,000 federal port seSeptember 2013

curity grant and $325,000 from the nonproﬁt port commission, an organization that supports the region’s river transportation system. The event provided an opportunity for companies with technologies that could ﬁt into the Wireless Waterways framework, and also contribute to needs of the Port to demonstrate those technologies. SURVICE participated with its patented ARGUS platform, deployed on the RiverQuest Explorer, on Campbell Transportation and Consol Energy vessels, and on the Platypus unmanned surface vessel. ARGUS solutions were displayed on the Maritime Situational Awareness Portal (MSAP) and refreshed every two minutes based on incoming data, providing real-time display of bathymetry updates through the wireless Portal. The solution sets, received from active vessels, truly represented a ﬁrst in the application of crowd source bathymetry and went right to the heart of its purpose: providing users with current information. PARTICIPANTS & PARTNERS Over time, many commercial, private and pleasure operators have participated in the ARGUS effort. Commercial ﬁrms such as McAllister towing, at least one Cruise

Line operator (who did not want to be identiﬁed), Rivercrest (classroom), Campbell Transportation, Consol Energy, and the Platypus unmanned surface vessel have all at one time or another had ARGUS equipment deployed on board. Beyond this, ARGUS has collaborated on one level or another with the port of Pittsburgh, NOAA, the University of New Hampshire and many others. DOWNSTREAM APPLICATIONS Eventually, it is hoped that ARGUS will be a primary tool in helping to prioritize dredging areas, surveys and could also substitute for a dredging schedule that may not reﬂect real needs. In a world where cruise lines increasingly go to places not considered mainstream ports that lack reliable soundings, the participation of local boaters in the ARGUS scheme could provide real commercial value in that regard. Yachts and others cruising on intercoastal waterways could beneﬁt immediately by using improved, community generated chart products at a fraction of the cost of current methods, and in places that haven’t been surveyed in decades. And the Wave WiFi, integrated into the ARGUS onboard units for data ofﬂoad, provides mul-

Screenshot of individual soundings around a particular datum point give mariners a clear view of actual conditions.

Source: ARGUS. This data not to be used for navigational purposes. 102 MN

tipurpose Internet connectivity. Most recently, ARGUS participated in a NOAA-led discussion at the University of New Hampshire Center for Coastal and Ocean Mapping (UNH-CCOM) on crowd-sourcing of hydrographic data. Eventually, says Hersey, ARGUS hopes to address the 100-year Federal surveying backlog. And, Hersey is looking at an ongoing research effort with Towson University to develop analysis tools speciﬁc to the temporal and spatial characteristics of the continuous stream of ARGUS data.

or added to the database for collective processing, and should NOT be used for navigation. Today, federal law provides for the waterway to be maintained at a minimum depth of 12 feet (4 m) for most of its length. But, as shown below – this isn’t always the case. Moreover, depths on charts are typically referenced to a mean low

water datum, and since the state of the tide isn’t taken into consideration below, actual depths may even be less. ARGUS represents the way forward for many applications, but its initial value may be found in merely taking advantage of the boat’s depthsounder that’s just ahead of you. And, that can be done today.

IN USE TODAY In a partnership with Cruisers’ Net and EarthNC, a beta release of ARGUS solution sets for the ICW compatible with OpenCPN is now happening. According to Hersey, OpenCPN is a capable open source PC Navigation software application in use by a large following of recreational and commercial boaters. Eventually, ARGUS intends to further develop the integration of ARGUS solution sets, making them available through Cruisers’ Net as a complement to other valuable information they provide. There may be no more important issue to vessel operators today than the depth of the water under the keels of 40,000 commercial hulls crisscrossing the nation’s waterways. Great Lakes operators put the exclamation point on that by illustrating how many tons of cargo is lost annually due to each inch of draft that is unavailable. Beyond the gray noise of complaining about the lack of maintenance dredging is the concern that depths on charts may be inaccurate. At least until now. If you plan to transit the ICW in the near future and depths less than 12 feet get your attention, then you might want to take a look at the chart. Note that these are simple vessel observations that reﬂect tidal conditions, have not yet been corrected www.marinelink.com 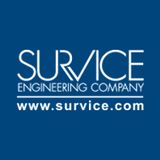