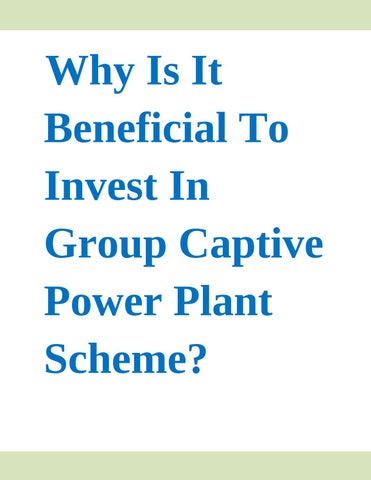 Group captive scheme is a unique structure where a power plant is set up for collective use of many industrial consumers who need to have 26 per cent equity in the plant & must consume 51 per cent of the power produced. While the industrial consumer segment is charged a bit higher tariff than the domestic or agriculture consumers, the captive group scheme enables consumers to pay only the wheeling & banking charges, and they can use the low-cost power for their captive usage. Group captive scheme in power plant projects provides an additional advantage to the consumers, as they can use the electricity generated through the solar plant. Group captive power plant scheme is different from the individual captive scheme, where a single user needs to consume all the electricity produced by their plant. In a group, captive arrangement the industries escape from paying the cross-subsidy surcharge that is levied by the state regulators, which leads to high tariffs for the industries. Apart from getting regular, reliable and cheap power supply, the transmission & distribution losses also tend to come down by using group captive power plant as here the power is produced locally and is consumed locally.

How Does A Group Captive Power Scheme Works? Imagine Company A along with a company B and company C decides to bring down their electricity expenses. Collectively they get a power plant with 26% equity & decide to use about 51% of the energy produced. Then they decide to sell the remaining 49% of the power to Company X, Y & Z. This way, the whole group becomes part of the group captive power scheme.

Advantages of Group Captive Scheme  The primary advantage of a group captive scheme is that here the crosssubsidy & additional surcharges are not levied on the power procured. For industrial consumers, group captive solar projects make much sense as most of the projects or manufacturing units have poor quality or small roofs that might only allow them to meet just 10 to 15% of their energy consumption whereas renewable purchase obligations for such companies are much higher & many have also signed up for the RE100 initiative. Further, the lower cross-subsidy charges make the group captive scheme ideal for such consumers.  Cheaper Price- This is the most significant advantage and the reason why it all works. Industrial tariffs often tend to be higher than the residential tariffs, and it affects the profit maximization condition; this helps industries to get a cheaper rate.  State Utility- The consumers in the group captive power plant scheme no longer have to worry about the bureaucratic utilities. 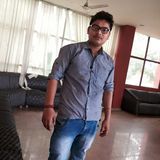 Group captive power plant scheme is different from the individual captive scheme, where a single user needs to consume all the electricity p...

Group captive power plant scheme is different from the individual captive scheme, where a single user needs to consume all the electricity p...