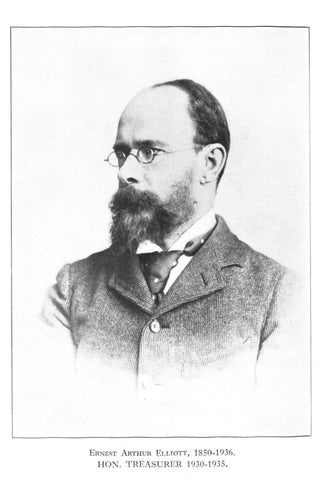 121 south-easterly wind was blowing on 10 September*, when Dr. Maidment saw a Dotterel (Eudromias morinellus, L.) on Benacre den es : it was again observed on both 1 Ith and 13th, when he was able to secure several fairly close-range photographs of it without a hide. On the lOth thefirstRedstarts and Pied Flycatchers appeared; the next day began what undoubtedly is the greatest rush of migrants for a good many years. I saw thefirstBluethroat about allotment-gardens in Water I.ane on 13th ; and the most striking feature of the migration was the astonishing number of Wheatears, including a fair sprinkling of the larger northern form, which now arrived ; these birds' number culminated on 17th, when they swarmed everywhere, even in Lowestoft's centre ; our Member, Mr. Long found one in his Pakefield house, doubtless attracted by light, in earlv morning. I discovered another Bluethroat on 21 st, about theabove gardens : this bird, quite unlike others of the kind I have seen, was extremely tarne and allowed fairly close Observation ; it stayed about the same spot for five days and was seen to be feeding on small green caterpillars, ripe elderberries and once it captured a Crane Fly (Tipula sp.). Both Dr. Maidment and Mr. Jenner independently reported that, while they watched this Bluethroat, another intruded upon its private territory and was promptly ejected in a very pugnacious, Robin-like manner. Yet another Bluethroat appeared to me upon Gunton Cliff on 23rd ; and some half-dozen tail-feathers, found on the middle ot the denes, had belonged to the same species. The wind changed to north-east on 25th, with much lower temperature : the next morning most of the smaller migrants had passed on. The firstflockof Sky Larks arrived from the east on 25th ; and thefirstSnoiv Bunting was come by 27th. On the 29 September several Sandwich Terns were observed plunging for Whitebait in Lowestoft harbour. RECENT BIRDS ROUND LOWESTOFT.

recording the total of 2056 different species of Beetles to have been found in Suffolk, 1 took occasion to remark ( Trans, i, p. 121) that others yet awaited discovery among both kinds that are reallv rare, and those kind that are common enough everywhere but so similar to recorded species as to have evaded detection hitherto. While rearranging a part of his collection this year, our Hon. Secretarv has been able to WHEN

CRITICAL NOTES ON OUR BEETLES 122 discover some errors of identification among Beetles of the latter category ; and these I hasten to bring forward (indicated by an *) as NEW to Suffolk, in the hope that their enumeration may induce our younger Members to pursue so fascinating a study and worry out those Homalotse, Cryptophagi and Trichopterygidse that have received inadequate attenton. In this wav turned up a specimen of Notiophilus 4-punctatus, Dej.*, that was captured on the Brandon Waterworks heath on 22 June, 1928 ; and another of Harpalus Frolichi, Stm., hitherto known as British solely from Foxhall plateau (EMM. 1898, p. 84; E. Counties Mag. 1902, p. 64) whence it has long disap'peared, teste Bedwell in 1925 and Henderson in 1929: but the present example occurred at Covehithe on 26 July 1924 and Mr. Doughty, our Coleoptera Recorder, has taken a few at light in Martlesham rectory, so there is no immediate fear of its extermination as British. Among a mass of Amarse were Single A. prcstermissa, Sahl* (ruficincta, Dej.), mixed with A. bifrons from a Foxhall crag-pit on 30 May, 1896; and a male A. equestris, Dft* (patricia, Dft.), fallen into the Gisleham sand-pit during September, 1923 : the latter species has been recently found in Norfolk by the late Mr. Thouless. Numerous kinds of Bembidium are easily confused : B. Clarki, Daws.*, is probably general in our marshes, and was taken at Farnham on 13 August, 1920 ; B. doris is in the Suffolk List from Tuddenham and, for thefirsttime in Norfolk, occurred to me on the mud of a pond in Horsford Woods in August, 1931, running about with B. articulatum and Lathrobium punctatu which latter is sure to occur in our Countv though yet unrecorded. B. lunatum, Duft.*, is much mixed with B. litorale; but Mr. Morley has captured it in both France and the Gippmg Valley near Ipswich. B. anglicanum, Shp.*, was taken at Southwold in September, 1927 ; and B. saxaiile, Gyll., in Gisleham pit on 23 September, 1930. Also, a male of Dromius anoustus, Brul.*, introduced as British in 1908, had been beaten from alders in Cutlers Wood at Freston during August 1904 ; and two females were on sugar at Fritton, and a dead beech at Blythburgh Wood, in September 1932-3. Agabus congener (cf. Col. Suff. 1899, p. 16) is confirmed for our County bv a female that was fished at Oulton Broad on 28 March 1928; the fenland Dytiscus circumcinctus has been similarly dredged from a Waveney ditch at Barnby on J January 1935 ; and several Laccobius minutus, L.*, were found among allied species of the genus, to have been collected in Tuddenham Fen on 4 June 1928: thoracic aciculation distinctive. Dr. Blair has confirmed the name of Hydnobius strigosus, Schm.*, that was Walking upon a Monks Soham window on 2 September 1932; and considers two beautitu and bright-testaceous Scydmaenids of \\ mm. in length, which \

had fallen into the Gisleham sand-pit on 11 and 18 September, 1928, probably to be immature examples of Stenichnus pusillus, MĂźll., adding " I cannot match them in the British Museum and they may be immature," though the integument is firm with the appearance of maturity, the puncturation a good dealfiner,and both thorax and elytra distinctly broader* than in the normal, black pusilus : the determination rests sub judice. Carcinops 14-striatus, from the Shipmeadow marshes in 1933, is already recorded (Trans, ii, p. xcviii). Several kinds of Scymnus await rediscovery: S. limbatus, Stephens, has not been found here since its author's own record a Century ago ; it is now usually regarded as distinct from S. suturalis, Thb., and I believe correctly because it occurs in a very different Situation and none exist in our long series of the latter. S. pulchellus, Hbst. (4-maculatus, Hbst.), was rediscovered at Trans. 1935, p. 81. S. arcuatus, Ross., continues to turn up on Monks Soham windows in May, and many specimens have been distributed with great pleasure to Members : Father Perry, part of whose collection Mr. Doughty possesses, found it feeding on Aleyrodes, a Coccid genus allied to Aphididae (cf. Trans, ii, p. 143), amongst old ivy; but it is said by Mr. Bedwell to be best obtained by raking over dead and dry garden rubbish. S. (Pullus) limonii, Don.* Etom. Ree. 1903, p. 287, was described from salt-marshes in I. Wight ; it next occured to us in those of Norfolk (Tr. Norf. Nat. Soc. 1907, p. 492); and in those of the Deben at Hemley at roots of Statice on 22 August 1934. Mixed among a lot of other Aphodii was a single male of A. lividus, Oliv.*, no more than 3J mm. in length, that had been taken, Aying along in Monks Soham garden on 10 September, 1934: this must be accounted to our rare, not overlooked, species. Another rarity, over which hesitation has been experienced for forty years, is Sericus (Sericosomus) brunneus, L. at Benacre Broad on 24 July 1896 was found an Elaterid lacking both head and thorax, hence ' impossible to identify,' thought Mr. Newbery the next November, though ' probably Sericosomus' Mr. Champion considered in 1898. Now we have again examined this rather scanty material and are quite satisfied, after critical comparison with New Forest examples, that it is a female of S. brunneus, which beetle in 1934 was beaten from both gorse and sweet-gale at Brockenhurst though it is more usually found under stones in sandy places, as at Benacre. No later speeimen has appeared in Suffolk. Revision of the genus Malthodes resulted in the discovery of -11. pellucidus> Kies* swept in Barham Oak Wood during July, 1904; M. flaviguttatus, Kies.*, swept near Brandon staunch on 4 July 1903 ; and M. gattifer, Kies.*, taken in Monks Soham chvd on 3 July, 1915. An interesting case of oversight is Axinotarsus ruficollis, Oliv. : this conspicouus Malacoderm was observed

commonly at Brandon in July, 1885 (EMM. xxii, p. 86) and about 1904 Mr. Brockton Tomlin again turned it up tbere in that month ; yet, after forty years' collecting throughout that district, I am without a Single example ! The group is, however, most secretive, for Anthocomus terminatus, Men., is abundant on the No broads and Cambs fens where I have swept it at Chippenham but two miles outside Suffolk, in which County it is still unknown. Dasytes oculatus, Kies, (plumbaeus, MĂźll.), is extremely local with us ; but males have occured in Tuddenham Fen on 2 July, 1903, as well as is noted at Trans, i, p. 125. D. niger, L., which is a distinctlv shorter and stouter insect, seems confined in Britain to south of the Thames, though perhaps too generously accorded a general distribution throughout Europe in the latest (1906) Continental catalogue : Mr. Morley and our Member, Dr. Nicholson, swept a few specimens from flowers of Spiraea ulmaria by the ry embankment at Otterburn in Hants on 18 July, 1930, and at once recognised it in the net. Overhauling a long series of presumed Mordellistena pumila produced both M. brevicauda, Boh.*, which has been rarely see and always on Heracleum sphondyliumflowersin Bentley Woods and the Bramford marshes during July, and M. parvula, Gyll.*, taken singly on the sameflowersat Brandon, Staverton Thicks and the Gipping marches at Ipswich, always in June, as well as at Brighton and copiously during 1933 on both the Polden Hills and turf-moor at Shapwick in Somerset. Much confused with other black Anaspes is A. rufilabris, Gyll.*, which is attracted to umbelflowersin August at Bramford ; also, it has been found at Helpstone in Northants so early as 4 June. Anthicus quisquilius, Thoms.*, has been much mixed with the common A.floralis: at Foxhall, Monks Soham, Blythburgh and, in Notts., near Byron's home at Newstead. Ceuthorhynchus rapa, Gyll.*, was taken at Worlington in 1929 (teste B. S. Harwood, in lit. 13 Feb., 1931). For long we failed to determme a Scolytid, very like a snall Hylastes, all of which British kinds we possess, such as H. angustatus of the coarsely-punctured thorax, beaten from young Scotsfir-treesat Palmers Heath in Brandon on 16 May 1930; but itsfinelypunctured thorax, pale antennae and legs, and the squamose pubescence which is sparse on the frons, show it to be a female of the exceedmgly rare Polygraphus pubescens, Bach* [found in July, 1936 occur freely at Heveningham.â&#x20AC;&#x201D;Ed.]. To the above 2056 Suffolk Beetles must now be supplemented three species from Trans, i. ( at pages 18, xiv and lxxvi); fourteen from Trans, ii (the Paropsis was a mere casual introduction); and the above twenty-two additions. Also, the fact must not be omitted that seven other new Suffolk kinds, contained in Canon Fowler's 1913 supplementary volume on British Coleoptera, have hitherto escaped local enumeration.

" I have been looking into the fascinating and puzzling genus, LONGITARSUS," writes our Hon. Secretary, last March, " and find five deletions to be made f r o m our List. In the ' SufFolk Coleoptera' of 1899 are brought forward twenty-four of the thirtv-three indigenous kinds, excluding the merely varietal L. brunneus, fuscollis, atrieeps and ferrugineus and in t h e 1915 Supplement are only three additions, for L. ceruginosus is a form of laevis which had been already recorded. None appeared in t h e 2nd Supplement of 1930; and, indeed, only a halfdozen British species remain to be discovered here :— Obliteratus on T h y m e (of which vou and I, after the Jubilee celebrations, took several at Betchworth in Surrey on 24 June, 1897: never since !), and Absinthii on Sea-wormwood ; Curtus that was first found to be British in 1906, and Nigerrimus in 1908 ; Nigrifasciatus which we doubtless possess from Mullein, mixed among our abundant Melanocephalus; and the new (ridiculously lengthy) Plantagomartimus, described by Dollman. Düring June 1924-8 Mr. Doughty and I took Exoletus and rediscovered, for the first time since at latest 1829, Quadriguttatus on Houndstongue at Brandon heath, both in profusion." M r . Morley has compiled the following Table of all the British kinds, based on the somewhat prolix ' Notes ' ( E M M . 1911, p. 245—1912, p. 286) by M M . Brockton Tomlin and W . E. Sharp, which may facilitate discrimination. A

Critical Notes on Our Beetles

Critical Notes on Our Beetles