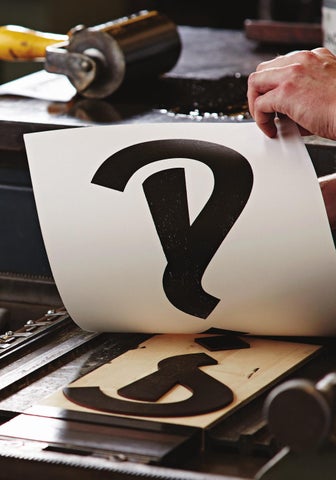 Interrobang: an international showcase of letterpress print Random Spectacular No. 5 Published as part of The Village of Type at Ditchling Museum of Art + Craft In our latest Random Spectacular publication we explore the variety the of letterpress print submitted to an open call issued by Ditchling Museum of Art + Craft for an exhibition held at The Jointure Studios in Ditchling during May 2016 featuring contemporary letterpress artists from as far afield as Australia, Brazil, Canada, Ireland, The Netherlands, Spain, Switzerland, and the USA. Additional articles take a look at the idiosyncratic approach to typography of Ditchlingâ&amp;#x20AC;&amp;#x2122;s printing press St Dominicâ&amp;#x20AC;&amp;#x2122;s. We also talk to Alan Kitching about his work and inspirations and find out more about the activities of the Occasional Print Club, whilst The Counter Press look at the role and relevance of the recent revival in letterpress and Anthony Burrill takes us on a tour of a printing works in a hidden corner of Rye. All profits from this issue will be donated to Ditchling Museum of Art + Craft. Content: 112 text pages plus covers Size: 168mm x 240mm

The work of Hilary Pepler and the St Dominic’s Press Phil Baines looks at the story of Ditchling’s St Dominic’s Press and the idiosyncratic approach to typography that sets the press apart from its contemporaries. Just over a hundred years ago the traffic passing through Ditchling village was stopped as a Stanhope Press was delivered to an outbuilding behind Sopers on the High Street. The printing press was owned by Douglas Pepler and would be a key part of the artistic life of the village for half a century. Later still, the actual machine would become a central feature of the Ditchling Museum of Art + Craft, following the foresight and generosity of Justin Howes. Douglas Pepler was born in Eastbourne to a Quaker family in 1878, and by 1903 found himself married and living in Hammersmith Terrace, with Edward Johnston, William and May Morris as neighbours and Eric Gill around the corner. Such company was sympathetic to his socialist leanings and after Gill and Johnston moved to Ditchling in 1907 and 1912 respectively he followed in 1913. The press was acquired early in 1916 and the foundation of the Ditchling Press celebrated on his birthday, 14 January. The following year he and Gill converted to Roman Catholicism, and Pepler took the name Hilary. In 1919 Pepler renamed the press St Dominic’s Press, and moved everything out of the village itself to Ditchling Common where Gill then was then based. There, it became the centre of The Guild of St Joseph and St Dominic, a Catholic arts and craft community started the following year by Gill, Pepler, Joseph Cribb and Desmond Chute. From even a quick glance at the output of the Press it is clear that St Dominic’s Press does not have the same aims as other private presses of the period. It does not have its own specially cut type like Doves or Kelmscott had, or Golden Cockrell would have, and it does not seek to create a medieval fantasy world like Morris did with Kelmscott. St Dominic’s is very much a working press, but one also very much in the service of Pepler’s beliefs, of the particular religious craft community of which it is a part, and of the wider village community. 2

Opposite: Poster for the Society of Wood Engravers featuring a wood engraving by Eric Gill, 1920. 76 x 50 cms.

The Occasional Print Club’s Italian Job Formed following a St Bride Foundation conference back in 2008 in the corner of a Fleet Street ale house, the Club has met eight times, taking them from Whittington and Coggeshall, to Berlin, to Vattis in the midst of the Swiss Alps, and most recently to Tipoteca Italiana. Ever since coming across A Story of Character, Ten Years of Tipoteca Italiana [pub. Tipoteca 2006], the village of Cornuda in the Veneto region of northeastern Italy has been a destination of choice for the Occasional Print Club. The book reveals the world of the Tipoteca, possibly Europe’s liveliest, and most interesting printing museum, who’s driving force is Silvio Antigua. Silvio, along with his four brothers, has been in the commercial printing business for forty years and in the introduction to the book he explains his commitment to setting up Tipoteca: ‘Today’s digital craft has replaced a craft that had survived for five hundred years. A whole category of aristocratic craftsmen is dying out. This is the end of an era. During this passionate pilgrimage around Italian print shops I wondered about the deeper reasons that urged me to save printers’ machinery and material – almost as if it were an unconscious necessity. I believe I have uncovered the answer and that it has taken shape with the setting up of Tipoteca. In my encounters with all these people

Right: hand inking ‘b’ at Kulturwerk des bbk in Berlin. Opposite: wood type lock-up at Tipoteca. 15

When you step inside Alan Kitching’s Kennington workshop, low to your left there is a table, against the sill by the window. It’s been through the wars. It’s about a foot and a half tall, three feet square and squat. On each of the four corners the wood is worn through. Iron nails hold the limbs together. Ink has blackened and dried to form a patina as dark as the night sky in layers too numerous to estimate. It is an artefact of a former world, all beaten by industry. It will probably see us all out. But in this place, its context is re-established. That’s because in Kitching’s workplace you are surrounded by both beautiful work and the raw, bruised materials that produced it. To the modern eye, much of the machinery is arcane, but the work is not. On one wall are posters from his work for the National Theatre and on the other, a wonderfully evocative portrait of Celia Stothard, his partner and supporter in every sense, who he married in 2007 and lost to cancer in 2010. He works from the former alehouse they had made their home. It is also home to one of the most remarkable and remarkably preserved collections of letterpress type in the country. A tour of the workshop is a relatively brief affair. From the studio at the front and through a small hallway there is a workshop that houses more type and the presses on which Kitching creates the majority of his work. Shelving at eye level and above head height houses more type, carefully catalogued. A record player and vinyl albums occupy their own carefully chosen space. In the cellar, type has replaced kegs. It is, by any measure, a riotous assembly. At its heart stands the calm, considered figure of Alan Kitching. To many, Kitching is the epitome of the letterpress printer, though he himself does not really regard himself as such, in part because of an innate humility, but also because it’s not the 25

Adams of Rye At the back of a stationery shop in Rye is a sign which reads â&amp;#x20AC;&amp;#x153;PRINTING WORKS, STRICTLY PRIVATEâ&amp;#x20AC;?. The workshop behind has been printing posters, tide timetables and parish newsletters for decades but is now also the site of collaborations between graphic designer Anthony Burrill and the resident printers Ian and Derek including a recent poster for Ditchling Museum of Art + Craft.

Thomas Mayo Alun Callender visited the London studio of Thomas Mayo to watch the printing of the front cover for Random Spectacular No. 5. Thomas completed an informal apprenticeship at The Whittington Press before setting up his own studio in Cheltenham. It was here where he accumulated the vast majority of printing machinery and type he currently uses to create bespoke business and wedding stationery, bold and colourful letterpress prints and custom wooden printing type. In 2016 Thomas relocated his printing presses to east London, setting up a new larger workshop. It was here that our own Interrobang symbol, inspired by Edward Johnstonâ&amp;#x20AC;&amp;#x2122;s Underground typeface and designed by Richard Small, was laser cut and printed on a Farley proofing press. Thomas began collaborating on various new projects including Peso Press, a letterpress and silkscreen printing company run by himself and Edward Tuckwell. www.thomasmayo.co.uk www.aluncallender.com

Interrobang: an international showcase of letterpress print Random Spectacular No. 5

Random Spectacular No. 5 Published as part of The Village of Type at Ditchling Museum Art + Craft 2016pages... What you’ll find of within our 112 2

Veritas: the work of Hilary Pepler and the St Dominic’s Press Phil Baines on the idiosyncratic approach to typography of Ditchling&#39;s printing press.

The case &amp; point David Marshall and Elizabeth Ellis of The Counter Press look at the role and relevance of the recent revival in letterpress.

The Occasional Print Club’s Italian Job The club’s latest adventure takes them to the printing presses of Tipoteca Italiana.

The Allure of the Machine-Made Hand &amp; Eye’s Phil Abel in praise of machines.

Interrobang The result of a worldwide call for submissions has revealed many innovative, exciting and surprising ways that letterpress is used from São Paulo to Anstruther.

Adams of Rye Anthony Burrill takes us behind the guarded doors to reveal a recent collaboration with Ditchling Museum of Art + Craft.

Tilley Printing A stack of odd typefaces, the words of a poet and the brick walls of a Ledbury alley.

Thomas Mayo Alun Callender visited the London studio of Thomas Mayo to watch the printing of the front cover for Random Spectacular No. 5.

In our latest Random Spectacular publication we explore the variety the of letterpress print submitted to an open call issued by Ditchling Museum of Art + Craft for an exhibition held at The Jointure Studios in Ditchling during May 2016 featuring contemporary letterpress artists from as far afield as Australia, Brazil, Canada, Ireland, The Netherlands, Spain, Switzerland, and the USA. 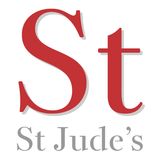