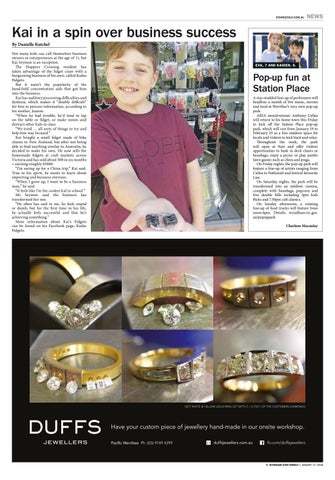 Not many kids can call themselves business owners or entrepreneurs at the age of 11, but Kai Seymon is an exception. The Hoppers Crossing resident has taken advantage of the fidget craze with a burgeoning business of his own, called Kaiko Fidgets. But it wasn’t the popularity of the hand-held concentration aids that got him into the business. Kai has auditory processing difficulties and dyslexia, which makes it “doubly difficult” for him to process information, according to his mother, Joanne. “When he had trouble, he’d tend to tap on the table or fidget, or make noises and distract other kids in class. “We tried … all sorts of things to try and help him stay focused.” Kai bought a small fidget made of bike chains in New Zealand, but after not being able to find anything similar in Australia, he decided to make his own. He now sells the homemade fidgets at craft markets across Victoria and has sold about 500 in six months – earning roughly $5000. “I’m saving up for a China trip,” Kai said. True to his spirit, he wants to learn about importing and business overseas. “When I grow up, I want to be a business man,” he said. “It feels like I’m the coolest kid in school.” Ms Seymon said the business has transformed her son. “He often has said to me, he feels stupid or dumb, but for the first time in his life, he actually feels successful and that he’s achieving something.” More information about Kai’s Fidgets can be found on his Facebook page, Kaiko Fidgets.

Kai in a spin over business success

A star-studded line-up of performers will headline a month of live music, movies and food at Werribee’s very own pop-up park. ARIA award-winner Anthony Callea will return to his home town this Friday to kick off the Station Place pop-up park, which will run from January 19 to February 25 as a free outdoor space for locals and visitors to kick back and relax. Throughout the week, the park will open at 9am and offer visitors opportunities to bask in deck chairs or beanbags, enjoy a picnic or play jumbo lawn games such as chess and jenga. On Friday nights, the pop-up park will feature a line-up of artists ranging from Callea to Nathaniel and festival favourite Lior. On Saturday nights, the park will be transformed into an outdoor cinema, complete with beanbags, popcorn and free double bills including 5pm kids flicks and 7.30pm cult classics. On Sunday afternoons, a rotating line-up of food trucks will feature from noon-6pm. Details: wyndham.vic.gov. au/popuppark Charlene Macaulay 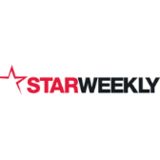