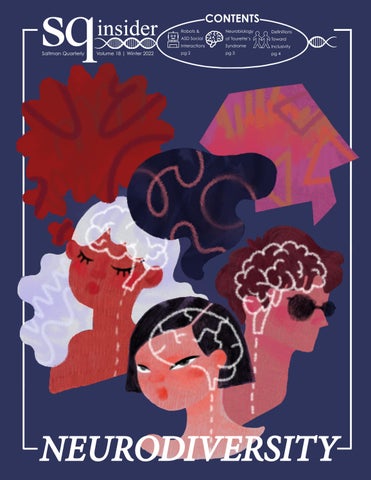 CAN ROBOTS HELP INDIVIDUALS WITH ASD IN SOCIAL INTERACTIONS?

photo by: BRIDGET SPENCER any kids who watched Star Wars became fascinated companions, R2-D2 and life would be more exciting in the company of robots and thought about the unique ways that robots could help our lives, from cleaning our homes to exploring deep space. dream—recent research shows that robots have the potential to help us socialize. Studies have shown that children can form social connections with robots surprisingly well due to our tendency to personify non-human animals and objects. Transforming the In-Home Reading Experience with a Learning-Companion Robot,” this phenomenon is more likely to occur if the object, such as a robot, has human-like features, such as eyes and arms. These researchers investigated whether reading aloud to a robot improved study, the participating children felt that the robot improved their comprehension by listening to them read and talking with them about their books. reading with the robot helped many children view it as a companion with emotions and a personality. Considering that this sample of neurotypical children felt connected with

who experience and interact with the world in different ways? Based on several studies, it seems that social robots can play and read with children to support social and cognitive growth, which may help some children diagnosed with Autism Spectrum Disorder

written by: MARYAM AMIN (ASD) develop their social skills. ASD is a broad and complex range of neurodevelopmental conditions that affect human experiences and interactions. Autistic individuals have different strengths and methods of interacting with their surroundings. They can have challenges communicating with others and understanding emotions. For example, some people have trouble understanding body language, and therefore struggle to identify the appropriate times to contribute to a conversation. Social robots can be programmed to support autistic individuals on certain social tasks, such as maintaining eye contact and understanding other perspectives. The goal of using social robots as a tool in ASD therapy is to introduce social cues and emotions in a more digestible way. These social robots and therapy are tools that can help prepare people with ASD to navigate social interactions and conversations more easily. Furthermore, autistic individuals can feel sensory overstimulation as their senses try to process too much information when interacting with others, which can cause extreme discomfort. Research shows that some people with ASD are more comfortable working with social robots because they provide predictable and simple interactions that are easier to understand, leading to less sensory overstimulation. In the study “Improving Social Skills in Children with ASD Using a Long-Term, In-Home Social Robot,” children with ASD played several skill games with social robots. In one game called “The Story Game,” the children read a story and worked on social and emotional skills by interpreting the feelings of characters.

instructions closely. After one month, caregivers reported that their children made and maintained more eye contact with others than before. The children also tried to start conversations and respond to interacting with social robots in a familiar environment, such as their homes, can reduce overstimulation for autistic children, improving social and emotional skills. Despite research showing possible to remember that these robots cannot replace human therapists, who are able to empathize and better understand the diverse needs of children with ASD. Instead, social robots offer simpler interactions that are easier to comprehend and respond to; they cannot convey many complex emotions and feelings that are present in conversations with a human therapist. However, social robots trained with certain games and activities can still provide some valuable at-home intervention for children, especially if they live too far away to visit their therapists regularly. Robots should not replace therapists, but they should instead become another tool therapists can use to help better the lives of people with ASD. According to the paper “Exploring the Biology of Socialization,” experiences can psychologically affect the organization of the brain. The neurological organization in ASD varies from that of a neurotypical individual; however, working with social robots may help people with ASD struggle less with personal interactions by rewiring the brain. These social robots can create positive memories and experiences to associate with social interactions, helping autistic individuals feel less overwhelmed during future interactions. Head Illustrator: Sara Kian Head Photographer: Bridget Spencer Staff Photographers: Sam Zilberman, Andrea Farrell Head Tech Editor: Ishrak Ramzan Tech Editors: Varsha Mathew, Gulshanbir Baidwan, Max Gruber

THE NEUROBIOLOGY OF TOURETTE SYNDROME

any less valuable in society. Likewise, the same applies to individuals with Tourette Syndrome (TS), a neurodevelopmental disorder characterized by “tics,” or involuntary muscle contractions and twitches, vocalizations, and repetitive, stereotypical behaviors, such as tongue clicking and shoulder shrugging. that the tics are not associated with other causal factors, such as anxiety, stress, or even trauma. Although the severity differs from person to person, most affected individuals have a combination of simple and complex motor and phonic tics. Simple tics involve one muscle group and are brief, meaningless movements, such complex tics, such as clapping, making obscene gestures, and nated patterns between multiple muscle groups. tics decreases with age, given that a majority of individuals are portion of TS adults live the entirety of their lives with mild tics is actually a neurological movement disorder associated with an apy and pharmaceuticals are available treatments, the CDC sugneurobiological perspective, the exact site of genetic abnormality

TS patients have higher volume of activity in the prefrontal cortex which is associated with creativity.

community. While it is largely assumed that localized disruptions to regions of the central nervous system have a role in TS, studies tico-striato-thalamo-cortical (CSTC) circuits involved in controlling movements are a major hallmark of TS. In a study conducted by Zhishun Wang and Tiago V. Maia, tic behaviors in TS patients were found to be attributed to increased neuronal activity within the CSTC circuitry involved in normal, voluntary motor behaviors in non-TS, or healthy, individuals. 13 TS patients and 21 healthy individuals were scanned using functional MRI, a technique used to measure high or low levels of brain during the occurrence of both spontaneous and stimulated tics. The stimulated, or nonspontaneous, tics were induced by strong, brief magnetic impulses to the scalp that alter neural activity within the CSTC circuitry. Not only did the results indicate that there was higher neural activity within the sensorimotor regions of the CSTC circuits responsible but also that greater severity, or frequency, of tics was correlated with higher levels of activity in these regions. caudate—regions associated with the CSTC circuitry which coner. Reduced activity of these regions would explain the inability of the brain to suppress the tic behaviors or the triggers within the sensorimotor regions that drive the tics associated with TS. patients are attributed to both increased activation of the CSTC circuitry and reduced activity within the brain regions responsible for cognitive control of these motor networks. There is a growing interest in understanding the pathophysiology and neurological basis of TS, and despite the many studies, little is known about the neurological condition. The informational scope of clinical trials and research is limited due to a variety of factors—small sample sizes, inconsistencies in age and medical background, a large range in severity of tics within clinical Regardless, contemporary research increasingly points to the sigciated symptoms early in childhood. not only paired with cognitive impairments but are also frequently tied to certain enhanced functions or abilities. Studies have shown evidence indicating that TS patients have a higher volume of activity in the prefrontal cortex and possess alterations in connectivity between the prefrontal cortex and frontal cortex, which are both associated with creativity. Neurologically speaking, TS individuals also have higher dopaminergic activity, or stimulation of pathways dependent on the neurotransmitter dopamine, leading to increased creative thinking and behaviors. This creative potential in TS individuals is yet another reminder that neurodiversity is about normalizing and embracing differences.

Tic behaviors in TS patients are correlated with increased neural activity within the CSTC circuitry. sqonline.ucsd.edu | 3

Inclusivity e all perceive the world in distinct ways. Sometimes, a friend might offer a different solution to a problem; other times, a classmate may suggest an alternative

and operate within the range of a calculated mean to be considered functional. Therefore, substandard levels traits, such as social understanding and intelligence, would be consid-

easy enough to comprehend these simple occurrences, but what about people whose unique perspectives

a neurological disability. A major criticism of the BST is whether certain populations should be included in the reference class. Rosqvist et al. suggest that should the reference class for intelligence include the neurodiverse, the calculated mean would change. As a result, many would now fall under the statistical norm and no longer be considered “dysfunctional.” With this, according to the medical model, these same individuals would also no longer be de-

world? For some, particular sensory inputs can induce distress, leading to stimming and repetitive movements ers, understanding how others think or feel in conversation. Such individuals are often lacurable pathological conditions. These differences have traditionally been seen as disabilities and discriminated against by society. However, the concept of neurodiversity proposes a contrasting outlook, arguing that variation in neurological development should be regarded within the anticipated range of human experiences. The model also demands neurological differences to have the same recognition and acceptance as that of other human variances. To better understand the current

this includes survival and reproduction. Boorse further proposes that whether a function is occurring at the “normal” level can be determined through direct comparison with the “reference class,” or a group of organisms of the same species, age, and sex. In short,

A criticism of the social model (as proposed by Rosqvist et al.) is the need to differentiate between the impaired and unimpaired in evolve the same issues associated with the medical model and BST. According to Fletcher-Watson and Happe, another common objection to the social model is its denial of the personal challenges neurodiverse individuals face. Some argue that the focus on needs of the neurodiverse and their families. The neurodiversity movement could pave the way towards developing greater societal recognition and acceptance of differing forms of human expression. If this concept is embraced by society, current models of disability should be reevaluated for contindisability that sets the foundation for inclusivity. Yet, regardless of whether we may use the pathological approach, the sociocentric outlook, or even something else altogether, continued efforts towards challenging what is meant as the conventional human experience should be maintained to achieve an increased acceptance and understanding of all.

get involved with saltman quarterly Join Us!

Read feature articles, check out our photo gallery, and meet our bloggers. sqonline.ucsd.edu 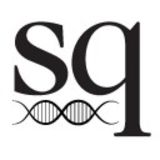