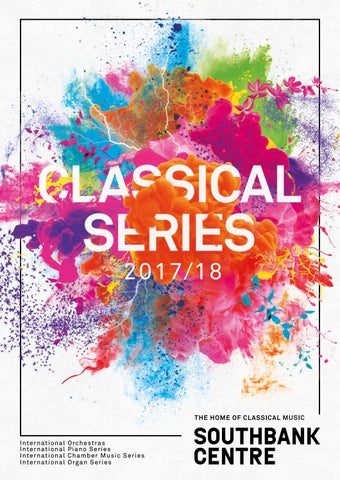 W E LC O M E Welcome to a new season of classical music at Southbank Centre. Visits from West-Eastern Divan Orchestra under Daniel Barenboim, and Sir Simon Rattle and the Berliner Philharmoniker, are among the highlights of a rich and varied season. We’re proud to announce pianist Pierre-Laurent Aimard as our newest Artist in Residence. He has programmed Ligeti In Wonderland: a weekend-long festival of concerts and talks where you can step inside the adventurous world of this pioneering composer. The Orgelbüchlein Project, a mission to complete Bach’s set of organ miniatures, and two tasters from the Berliner Philharmoniker’s Tapas series – commissions under 6 minutes long – bring you brief encounters with the music of the 21st century. Many of this year’s concerts form part of two festivals: Belief and Beyond Belief explores what it means to be human in the 21st century and features the Emerson Quartet playing Beethoven’s late quartets, and Nordic Matters takes a look at what’s happening in Nordic art, culture and society. Our four Resident Orchestras also present around 100 concerts, playing music from the Baroque to the brand new – you can find details in their own season brochures and on our website Join us for some of the finest music you’ll find anywhere in the world, right here on the South Bank. Gillian Moore MBE Director of Music

Simon Johnson, the organist of St Paul’s Cathedral, pairs two mighty works by Bach and Reubke. Johnson’s own contribution to the Orgelbüchlein Project, a completion of Bach’s unfinished set of chorale preludes, and Jonathan Harvey’s Toccata add a contemporary twist.

Matthias Pintscher conducts the ensemble in one of Boulez’s most ethereal works alongside the more overtly spiritual Bhakti, the Hindu word for a devotional act of faith, by Jonathan Harvey. The programme is completed by Philippe Schoeller’s piece inspired by the Olympian god, Hermes. Royal Festival Hall, 7.30pm £45, £35, £25, £15

Listen to the charming, intimate music of Grieg. The Lyric Pieces are performed as part of Southbank Centre’s year-long focus festival, Nordic Matters. They are steeped in folklore, the echoes of traditional instruments and the distinctive, lively and soulful melodies of Norwegian folk music. Alice Sara Ott finishes the recital with Liszt’s Sonata in B minor, one of the best-loved and most dramatic works in the romantic piano repertoire, displaying to the utmost the pianist’s formidible virtuoso skills.

Richard Strauss Don Quixote Tchaikovsky Symphony No.5 Daniel Barenboim and academic Edward Said formed the West-Eastern Divan to open dialogues between Israeli and Palestinian musicians. Under Barenboim’s leadership, the ensemble performs Tchaikovsky’s Symphony No.5 and Strauss’ Don Quixote, featuring cellist Kian Soltani. Proceeds from this concert will go to the MS Society, as part of the Stop MS Appeal, which aims to unlock breakthroughs on the horizon at a critical juncture in multiple sclerosis research. Royal Festival Hall, 6.30pm (Please note start time) £125 £100 £75 £55 £35 £20

Bach’s last composition, left unfinished at his death, has long been the source of intrigue. Was it written for organ? Was it intended as an abstract, instructive work, or a monument of instrumental polyphony? Anne Page returns to Royal Festival Hall to tackle this musical odyssey.

The Emerson Quartet are known for their technically extraordinary interpretations of Beethoven’s electrifying late quartets. Beethoven was profoundly deaf and well aware that he was approaching death when he wrote these emotionally searching works. St John’s Smith Square, 7.30pm £38 £28 £15 £10

EMERS ON QUA RTE T International Chamber Music Series, Belief and Beyond Belief Beethoven String Quartet in A minor, Op.132, String Quartet in B flat, Op.130 vers. with Grosse Fuge, Op.133 The Emerson Quartet continue their exploration of Beethoven’s late quartets. These concerts form part of Belief and Beyond Belief, our festival examining art that speaks of the divine and the human spirit. St John’s Smith Square, 7.30pm £38 £28 £15 £10

Shostakovich Piano Trio No.2 in E minor, Op.67 Messiaen Quatuor pour la fin du temps Hear two great works that emerged from the horrors of war. Shostakovich’s Piano Trio No.2 was composed in the aftermath of the Siege of Leningrad, during which a million citizens were killed. Messiaen wrote his Quartet for the End of Time in a prisoner of war camp, and performed it there with three fellow detainees to an audience of prisoners and their guards. St John’s Smith Square, 7.30pm £38 £28 £15 £10

M I TS U KO U C H I DA , PI A N O International Piano Series Schubert Sonata in C minor, D.958; Sonata in A, D.664; Sonata in G, D.894 Continuing her three-year collaboration with Southbank Centre, Mitsuko Uchida performs the great C minor Sonata D.958, a work of overwhelming drama and almost fevered imagination. She follows it with the ‘little’ A major Sonata D.664, one of the most lyrical and intimate in Schubert’s output. After the interval, Uchida traverses the sublime expanses of the Sonata in G major. Royal Festival Hall, 7.30pm £65, £50, £35, £20, £10

M I TS U KO U C H I DA , PI A N O International Piano Series Schubert Sonata in B, D.575; Sonata in A minor, D.845; Sonata in D, D.850 In the second recital of her series exploring Schubert’s sonatas, Mitsuko Uchida highlights some of the lesser-known works, ending with the high-octane D major Sonata D.850, an exceptionally extroverted sonata for the composer. Wit, humour and good nature dance through its four movements. Royal Festival Hall, 7.30pm £65, £50, £35, £20, £10

International Piano Series Haydn Sonata in C, Hob.XVI/50 Beethoven 6 Bagatelles, Op.126 Brahms 6 Pieces, Op.118 Haydn Sonata in G, Hob.XVI/40 In a new series spanning this season and next, Paul Lewis brings together three key figures – Haydn, Beethoven and Brahms – by tracing the thread of musical heritage from one to the next. Haydn’s sparkling and witty sonatas bookend Beethoven’s lyricism and Brahms’ reflectiveness.

Principal organist to Westminster Abbey’s Choir, Daniel Cook is recognised internationally as a liturgical and concert organist. His programme includes Stanford’s tribute to those who gave their lives for France in the Great War, and Vierne’s thrilling sixth organ symphony.

The orchestra continues its journey through Beethoven’s symphonies with the majestic Symphony No.7. Framing the famous slow-build of the Allegretto are a boisterous first movement, scintillating Presto and ebullient finale.

The Trio represented an aesthetic turning point in Ligeti’s career. The choice of instruments is in homage to Brahms’ horn trio, and as in Ligeti’s subsequent work, the piece revisits and transforms traditional forms.

A second helping from the Berliner Philharmoniker’s series of short commissions heralds two symphonies written just over a century apart. Whereas Brahms felt that he was following in the hallowed footsteps of Beethoven, Lutosławski broke new ground by giving players instructions to perform certain sections of his symphony ‘in their own time’, building up rich and complex textures.

P IE RRE-L AU RE NT AIM ARD, P IANO Ligeti in Wonderland, International Piano Series Ligeti Etudes Followed by interview and audience Q&A The 18 Études are arguably one of the most significant piano masterpieces of the last century. Stretching the performer to extraordinary technical feats, they are unified by poetic imagery that ranges from Autumn in Warsaw to the ‘Sorcerer’s Apprentice’, from rainbows to ‘The Devil’s Staircase’. Queen Elizabeth Hall, 7.30pm £25 £20 £15 £10

Brahms Piano Quartet No.1 in G minor, Op.25 Schubert Piano Quintet in A, D.667 (Trout) In 1969, a group of young stars including Daniel Barenboim and Jacqueline du Pré took to the stage in the recently opened Queen Elizabeth Hall to perform Schubert’s much-loved Trout Quintet. Now Benjamin Grosvenor and his friends unite for a contemporary presentation of this piece with a powerful history, alongside another gem of the chamber music repertoire. Queen Elizabeth Hall, 7.30pm £38 £28 £21 £15 £10

PAU L LEWIS, PIANO International Piano Series Beethoven 11 Bagatelles, Op.119 Haydn Sonata in E flat, Hob.XVI/49; Sonata in B minor, Hob.XVI/32 Brahms 4 Pieces, Op.119 In his second recital of the season, Paul Lewis takes on the witty and occasionally eccentric set of 11 Bagatelles by Beethoven and Brahms’ final work for solo piano – four lyrical short pieces that show the essence of the composer at his strongest and most succinct. Royal Festival Hall, 7.30pm £55 £40 £30 £20 £10 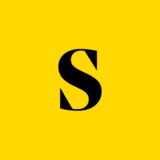 Welcome to a new season of classical music at Southbank Centre. Visits from Sir Simon Rattle and the Berliner Philharmoniker, and the West-E...

Welcome to a new season of classical music at Southbank Centre. Visits from Sir Simon Rattle and the Berliner Philharmoniker, and the West-E...