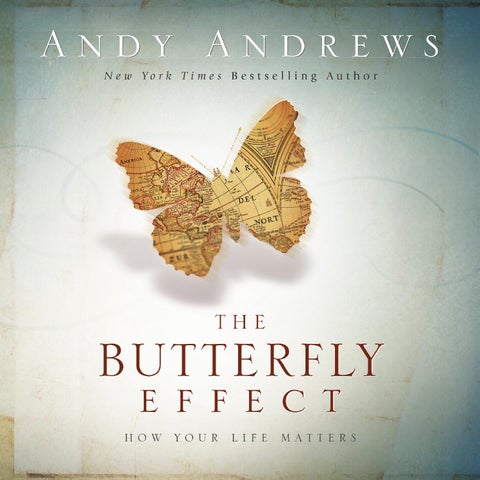 HOW YOUR LIFE MATTERS

ot long ago, I finally told the story of when, at the age of twentythree, homeless and scared, I was given guidance in a most unusual fashion by an old man named Jones. I remember completing the manuscript for The Noticer and being somewhat troubled by the fact that there were so many incredible moments with Jones that I hadn’t been able to include. After all, he’d done nothing less than change absolutely everything about my life and future. I needn’t have worried. The conversation I am about to reveal deserved a book of its own anyway… “With a little perspective,” Jones said one day, “you can live a life of permanent purpose.” When I asked what he meant, the old man answered with a question. “Do you sometimes find yourself unconsciously judging your actions by level of importance?” I frowned a bit, not certain I understood. “For instance, “he continued, “the time you spend with friends is important, but the time you spend with family, is more important. You might rank an hour fishing as very important, thirty minutes visiting a sick friend in the hospital much more important than the fishing, and a sixty second conversation with a convenience store clerk as not very important at all.” I nodded my understanding and he returned to his initial point. “When you know that everything matters—that every move counts as much as any other—you will begin living a life of permanent purpose. A life of permanent purpose will make you a better parent, a better spouse and a more valuable friend. Your productivity and financial success will soar to new heights while the old days of uncertainty, doubt, and depression fade into the past.”

Of course, that conversation with Jones changed me. But even more, it became the guiding force that produced the kind of speaker and author I have become. You see, I understand fully that my very value as an author and speaker must ultimately be judged by the success you achieve. And as I consult with companies or speak to organizations and teams, I am keenly aware that much of my client’s (your) ability to succeed beyond imagination depends upon my ability to prove this very concept! When a sales organization sees proof that casual conversations in town matter just as much as an arranged meeting with a major prospect— When the second string right-guard sees proof that his every action on and off the field, whether he plays or not, is as critical to the team’s successful season as everything the starting quarterback does— When a teenager sees and understands proof that every choice made in leisure today will affect the choices that will be available to him in more pressing times ahead— When one lives a life of permanent purpose, sales figures soar, team chemistry thrives and teenage decisions become wiser and more cautious. And these are just a few examples of what will happen… Simply put, when we understand that every action matters, every result of our actions immediately improves! In these pages, I know you will find hope and direction for yourself, but I am most excited that you will now be equipped to lead others to their own life of permanent purpose! My hope for our families, our places of worship, our businesses, our nation and our world is an incredible life of permanent purpose that can be achieved when at last we understand: Every move we make and every action we take, matters not just for us, but for all of us … and for all time. Andy Andrews Orange Beach, Alabama

SIGNIFICANT is my life?

Do I make a difference? When I move … when I act … when I do something … does the universe notice?

In 1963, Edward Lorenz presented a hypothesis to the New York Academy of Science. His theory, stated simply, was that:

Lorenz and his ideas were literally laughed out of the conference. What he had proposed was ridiculous.

But it was fascinating! Therefore, because of the idea’s charm and intrigue, the so-called “butterfly effect” became a staple of science fiction, remaining for decades a combination of myth and legend spread only by comic books and bad movies.

So imagine the scientific community’s shock and surprise when, more than thirty years after the possibility was introduced, physics professors working from colleges and universities worldwide came to the conclusion that the butterfly effect was authentic, accurate, and viable. Soon after, it was accorded the status of a “law.” Now known as The Law of Sensitive Dependence Upon Initial Conditions, this principle has proven to be a force encompassing more than mere butterfly wings.

Science has shown the butterfly effect to engage with the first movement of any form of matterâ&amp;#x20AC;&amp;#x201D;including people.

Did you know that there once existed a single man who, more than a century ago,

made one moveâ&amp;#x20AC;Ś that still dramatically affects how you live today?

He was a thirty-four year old schoolteacher, but on the hot, humid day of July 2, 1863, Joshua Lawrence Chamberlain was in the fight of his life.

A former professor of rhetoric from Bow-

doin College in Maine, he was now a Colonel in the Union Army. Chamberlain stood at the far left edge of a group of eighty thousand men strung out in a line across fields and hills, stretching all the way to a little town called Gettysburg, Pennsylvania.

Earlier that day, a Colonel Vincent had placed Chamberlain and his men of the 20th Maine at the end of that line, saying,

“Whatever you do, you can’t let them come through here.”

Chamberlain couldnâ&amp;#x20AC;&amp;#x2122;t withdraw and he knew it. If the Confederate Army overran them, the rebels would gain the high ground, and the Union Army would be quickly defeated. In essence, eighty thousand men would be caught from behind on a downhill charge with no protection. To win, the grey clad Confederates would have to come through Chamberlain.

At 2:30 p.m., the first charge came from the 15th and 47th Alabama regiments. They attacked uphill, running as fast as they could and firing at Chamberlainâ&amp;#x20AC;&amp;#x2122;s men who were stationed behind a rock wall they had thrown up that very morning. The 20th Maine stopped the rebel charge and pushed them back down the slope â&amp;#x20AC;Ś

only to face a

On the fourth assault, Chamberlain was knocked down by a bullet that hit him dead center—in the belt buckle. Realizing that he wasn’t seriously hurt, the Colonel scrambled to his feet, continuing to fight. Again, they halted the enemy’s charge and again, the rebels retreated down the hill.

At that time in history, battles were fought with artillery and small arms ammunition.

close, face-to-face affairs. With their fourth charge, the Confederates almost made it to the wallâ&amp;#x20AC;&amp;#x201D;a thigh high stack of flat rocks that ran almost one hundred and ten yards in length.

As they waited for the next charge, Chamberlain felt sorry for his men. He later recalled, â&amp;#x20AC;&amp;#x153;Their leader had no real knowledge of warfare or tactics. I was only a stubborn man and that was my greatest advantage in this fight.

I had, deep within me, the inability to do

Chamberlain continued, “I knew I may die, but I also knew that I would not die with a bullet in my back. I would not die in retreat. I am, at least, like the apostle Paul who wrote,

‘This one thing I do, I press toward the mark.’” The Butterfly Effect

The attack came again. On this, the fifth charge, the 15th and 47th Alabama broke open the wall and fighting raged on both sides. Without time to reload, the men were swinging their rifles at each other and brawling with fists and knives.

Somehow, the 20th Maine pushed the rebels downhill another time.

After that fifth broken charge, Chamberlain’s younger brother, Tom, appeared with Sergeant Tozier, an old, hard-nosed soldier. Tozier had a thick wad of torn shirt stuck into a hole in his shoulder where he had been wounded.

“They’re shot to ribbons and all they can do is extend the line a bit. We’re getting murdered on our flank.”

“Can we extend?” Chamberlain asked.

“There’s nothing to extend,” Tom answered.

&quot;More than half our men are down.&quot; It was true. Chamberlain’s command had started in Bangor, Maine, six months earlier, with a thousand men. They’d started that morning with three hundred. Now they were down to eighty.

“How are we for ammunition?” the Colonel asked.

“We’ve been shooting a lot,” was his

“I know we’ve been shooting a lot,”

“I want to know how we’re holding out.

How much ammunition do we have left?”

As Tom ran to check, a twelve-year-old

lookout had climbed a tree. He yelled,

Chamberlain looked up to see the boy pointing down the hill. “They’re forming up right now. And they’ve been reinforced.

Sir, there’s a lot more of them this time.”

Discover a life of “permanent purpose.” After reading this true story, you will discover that everything you do matters. This perspective on life will make you a better parent, a better spouse, and a more valuable friend. Your productivity and financial success will soar to new heights…doubt and depression will fade into the past. 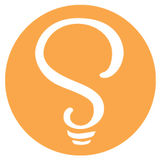