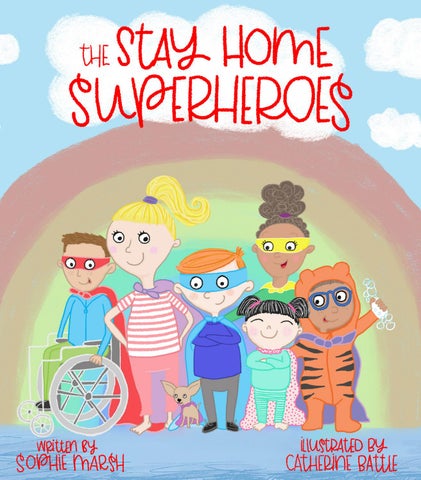 Dedicated to all the little Superheroes around the world Especially, William and Charlie - SM Annie, George &amp; Maggie - CB

William loved going to school to play with his friends, going to the park with his mum and going swimming with his dad.

But one day, everything started to change...

William heard on the news that there was a Big Problem. This problem was so big that it started to spread over the whole world.

Soon, the Big Problem caused some big changes. At first people stopped going to work, then mummy stopped taking him swimming, then he found out that school was cancelled and day by day the loud, busy world he lived in got quieter and quieter and quieter.

William was confused. He felt scared too. He had so many questions. What was going on? Would it be OK? How could they stop the Big Problem?

He decided to ask his mummy all of his big questions. “It’s OK to be scared and worried, lots of other children feel that way, even adults feel scared too sometimes” she told him, giving him a BIG hug.

â&amp;#x20AC;&amp;#x153;But all of the very best, cleverest people in the whole world are working hard to fix the Big Problem right nowâ&amp;#x20AC;? she explained.

This made him feel a little bit better. Surely the cleverest people in the world could find a way to fix it! But it was such a Big Problem, and he was still a bit worried. He had to do something.

His mummy explained that there were lots and lots of special helpers working hard to save the world and stop the problem. “Like superheroes?” said William. “Just like superheroes.” She said, smiling.

William wanted to be a superhero too. This was his chance! Super William to the rescue! He jumped up, ready to run outside and join all the other superheroes to fight off the Big Problem and save the world, but his mummy stopped him and locked the door.

“HEY! How can I help fight the Big Problem if I’m stuck inside?” he asked. “Well, we DO need you to help. Everyone is going to have to help to solve this Big Problem.

William had never heard of THAT kind of superhero before. Mummy told him that Stay Home Superheroes could help fight off the Big Problem by using their Stay Home Superpowers.

But what were they? He tried so hard, but he didnâ&amp;#x20AC;&amp;#x2122;t have super strength or super speed either. In fact, he felt exactly the same as before.

The Big Problem will only stop growing if all the new Superheroes use their Stay Home Superpowers to stay at home.

In fact, if all the new Stay Home Superheroes work together the Big Problem will get smaller, and smaller and smaller every single day, until it goes away!” mummy explained.

“But staying home is a boring superpower!” said William in a grump.

“Boring? No way! You have the superpower to make this fun! And staying home is how YOU can help to save the whole world there’s nothing more powerful than that!”

Just staying home and having fun could save the whole world? And he would be a real-life superhero? William started to feel excited. He started to feel powerful too! He couldn’t wait to tell all his friends that they could turn into Stay Home Superheroes just like him!

William got to work quickly, using his superhero creativity to think of all the fun things he could do at home. He made a long list with his mummy and daddy: pillow forts and cooking and games and dancing and puppet shows and singing and movies and MORE!

Even better, William found out he could still play in the garden and go outside too, as long as he stayed away from all the superheroes who lived in different houses. They could wave to each other and wink, because they all knew the special job they were doing!

William did miss playing with his friends and going swimming and to the park. But then he remembered how important his new superhero job was. He was helping to save the whole world and that made him feel so good inside. He was very proud of himself. Then he fired up his superpowers ready to find something fun to do.

William the Stay Home Superhero and all his superhero friends worked hard together to help save the world, all without leaving their homes.

And now you know, you can be a superhero too!

Text Copyright ÂŠ Sophie Marsh, 2020 Illustration Copyright ÂŠ Catherine Battle, 2020 The moral rights of Sophie Marsh and Catherine Battle to be identified as the author/illustrator have been asserted by them in accordance with the Copyright, Designs and Patents Act, 1988. This work is licensed under a Creative Commons Attribution-NonCommercial 4.0 International License. To view a copy of this license, visit https://creativecommons.org/licenses/by-nc/4.0.

If you have enjoyed the story and are in a position to do so, please make a donation using the link below. All money raised will go directly to a childrenâ&amp;#x20AC;&amp;#x2122;s charity Thank you so much

The Stay Home Superheroes is an empowering story, created to help children all over the world to understand the pandemic and the important role they can play. The story is available for free, but if you have enjoyed the story and are in a position to do so, please do make a donation. All money raised will go directly to a children’s charity: www.gofundme.com/f/supporting-our-stay-home-superheroes 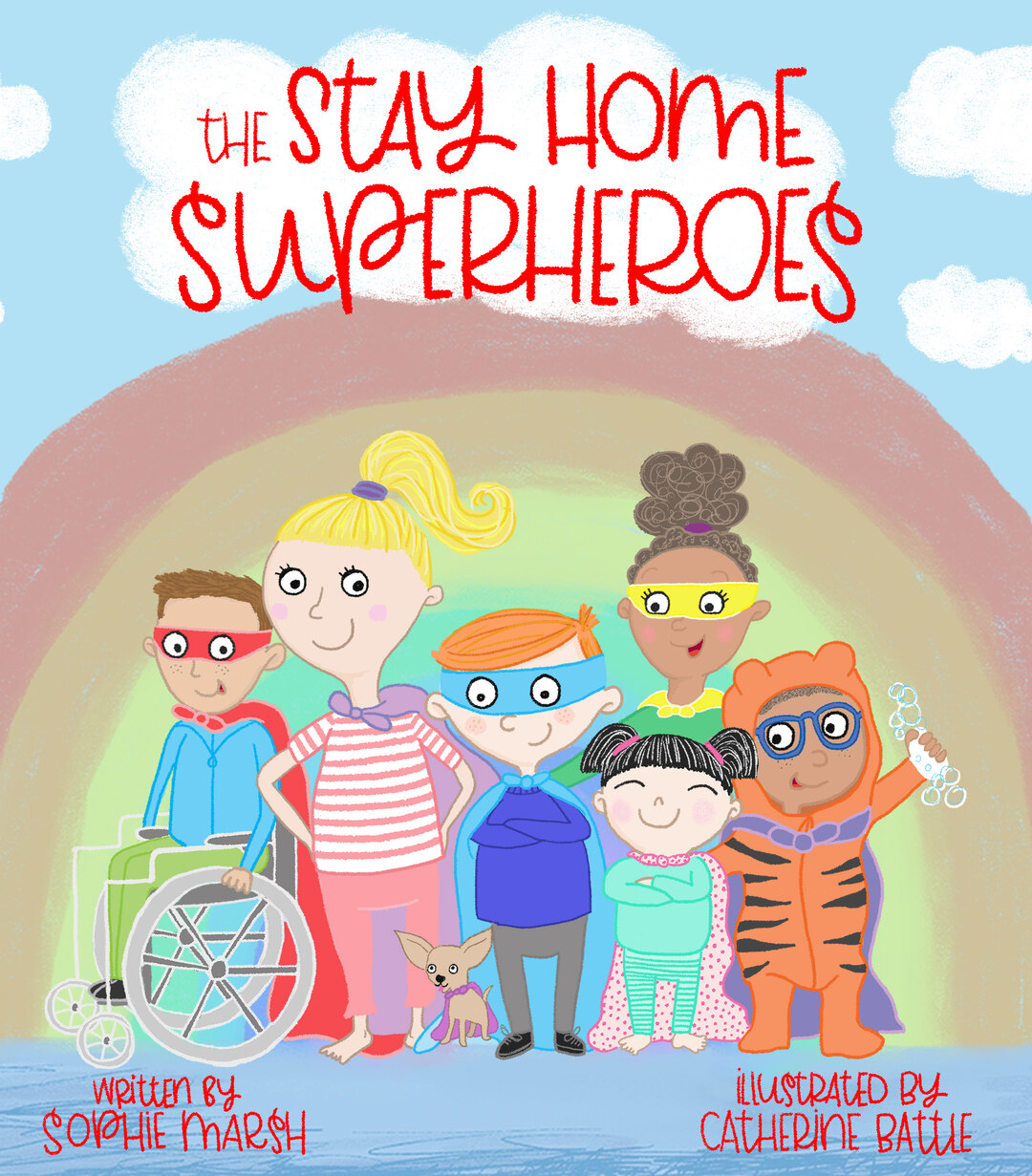