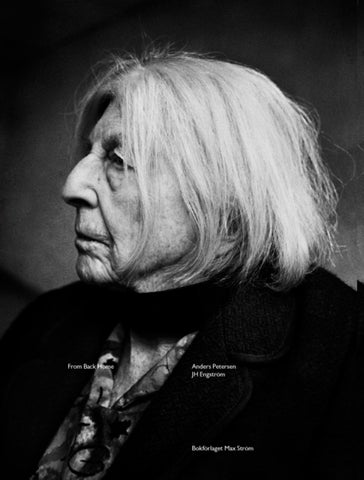 Bilderna är fotograferade iVärmland mellan 2001 och 2008. The images are photographed in Värmland between 2001 and 2008.

Värmland, province in west-central Sweden, 18,033 km2, population 312,777 (2007). The official province flower and animal are the Arctic Starflower and the wolf. Just like the lion, the heraldic eagle depicted on the coat of arms is a symbol of strength, courage and power, which is probably why, in 1567, King Erik XIV changed the coat of arms of 1560, which depicted a black wolverine.   With a population density of 16 people per km2,V. is one of the most sparsely populated landscapes in centralSweden;belowthenationalaverage.Thereis, however, great regional variation. The areas around the province’s lakes and rivers in the south are the most densely populated, and this is also where most of the urban centres are situated. Regional development over the past few years has resulted in a demographic transition to Karlstad and nearby municipalities, while the northern and north-eastern municipalitiesaredecreasinginpopulation.In2000, 74% of the population was living in the region’s 72 urban communities, including Karlstad, Kristinehamn, Arvika, Skoghall and Säffle. Except for a few years within this time, the past decades have been characterized by a decrease in population, mainly due to people relocating, as well as falling birth rates. An influx of people, mainly from abroad, resulted in a population increase that started in 1987 and culminated in 1994. The number of inhabitants then steadily decreased up until 2005.  Business and industry in V. has undergone major and,formany,painfulchangesintheharsheconomic climate of the past decades. The previously important heavy industries, including forestry and the steel industry, are still in operation, but are less substantialduetorationalizations.Peoplehavebecome increasingly dependent on the service sector in their daily lives. Following the growth period experienced in the 1970s and 80s within the public sector, a downwards trend in this sector has now reached a standstill, while the number of jobs in the private service sector has increased, especially in and around Karlstad. At present, business and industry in the area are diverse and have substanital regional variations. Industries in severalVärmland municipalities,includingStorfors,MunkforsandHagfors,

are specialized. Agriculture and forestry are still relatively important, despite only employing 2% of the working population. Just over 7% of the total land area is made up of farmland and 78% is forestland. About half of the arable land is located around Lake Vänern, where the farms are comparatively large. The soil is relatively poor, however, with the most common crops being oats and spring barley for animal feed, and autumn wheat. In the western and central parts of the region, where the landscape is more broken up, the characteristically small farms are mainly located around the lakes and river valleys. Agriculture is often conducted alongside forestry. Further north, the dominating crops are ley and potatoes.   Iron ore, timber and water resources have been of vital importance to the structure and localization of the industry. Iron ore was once at the core of local industry. At the end of the 19th century, the iron industry was heavily centralized. Many iron works were closed and often replaced by a growing number of forest companies, makingV. Sweden’s leading producer of paper pulp by the beginning of the 20th century. Since then, and in particular during the 1960s, this industry has been concentrated to only a few specific locations.   Värmland has a rich musical tradition. The music scene has continued to broaden and expand over recent years to include annual events such as the Jössejazzen Festival in Arvika, folk music and accordion festivals in Ransäter, the Kil International Piano Festival, the Värmland Classic Festival in Karlstad, a rock festival in Arvika and the Fryksdalsdansen dance band festival in Sunne. Earlier folk music in V. was influenced by Finnish immigrants, and went on to be affected by Norwegian traditions and those of neighbouring Dalarna county.  The varied topography of V. is characterized by intense drama and beauty, similar to the landscape typical of northern Sweden. The southern parts are situated in the rift valley that runs through central Sweden.A flatland extending north of Lake Vänern encompasses the Värmlandsnäs peninsula. The straight, deep, one-kilometre-wide river Klarälven dominates the Klarälven valley. Another typical and beautiful rift valley is Fryksdalen, with the graveldammed Fryken lakes and the river Norsälven. The

undulating landscape of south-westernVärmland is characterized by its many lakes, including Glafsfjorden, Värmeln, Stora Gla, the Silen lake system and Foxen.  The northern part of the county in particular – north of the north Sweden boundary – is covered in coniferous forest. The fauna of southern and northern Sweden meet in V. The animal life around Lake Vänern and the rivers is unique. Wolves, which had disappeared for a period, reappeared at the beginning of the 1980s, and there is now a small permanent population. Brown bears are common, and there is a small population of lynx, mainly in the central and northern parts. There are plenty of beavers and moose throughout the region, and two rare mammal species are found in the south: the harvest mouse and the northern birch mouse. Around 300 bird species have been sited, 145 of which breed regularly in the region. The Siberian jay, Ural owl and willow grouse inhabit northern V., while the south is home to birds that dwell in copses and reed-filled lakes. A significant population of the increasingly rare white-backed woodpecker can be found in V. and the insect fauna along the banks of the river Klarälven is very interesting. From Nationalencyklopedin