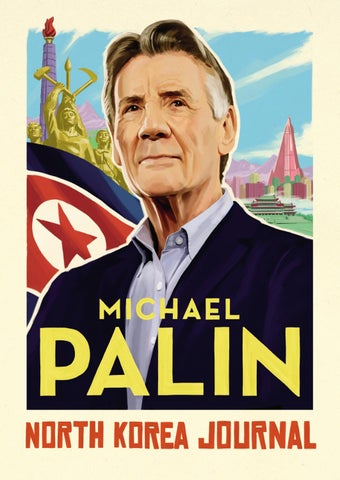 FOR MUCH OF THE YEAR I HAD BEEN AWAITING THE go-ahead on what was potentially one of the most demanding, exhausting, but exhilarating acting roles I’d ever been offered. I had taken riding lessons, spent hours on Michel Thomas’s Spanish course, grown appropriate facial hair and even had a nose specially made. All so I could take the lead in Terry Gilliam’s latest attempt to make the film his life was leading up to, The Man Who Killed Don Quixote. But for various reasons shooting had been repeatedly delayed. It was to be July, and then it was to be October, then it was to be neither. As contractual problems confounded any progress, the explanations for my beard and moustache were becoming less and less convincing, as were my reasons for turning down other offers. Eventually the time came to grasp the nettle, and on an early autumn morning, with sadness and regret, I sat down, composed an email of resignation to Terry, took a deep breath and pressed ‘send’.

No sooner had that email gone out, than another came in. It was from one Dan Grabiner at ITN Productions, and was headed, ‘I have an unusual one for you today’. I’m used to the unusual but this was very unusual. It was a request for me to consider presenting a series, for ITN and Channel 5, in North Korea. My philosophy of travel, such as it is, is that the more difficult somewhere is to get to, the greater the prize to be won by getting there. But when the prize was North Korea, I found that this was not a view shared by my wife, and a surprising number of my friends. To many of them, this was a step too far. The known unknowns were one thing, but the unknown unknowns were quite another. Not that anyone could claim North Korea is a complete unknown. There have been books written about it, and accounts from defectors aired on radio and television. Unfortunately nearly all these accounts speak of a cruel, godless, secretive state whose people live in oppression and poverty under the yoke of a ruthless, self-perpetuating dictatorship. Not an easy sell to the doubters. At the time ITN Productions contacted me, Kim Jong Un, the current ruler, young and eccentrically tonsured, had been in power for five years, following the death of his father Kim Jong Il who had himself, in 1994, inherited the reins of power from his father, Kim Il Sung, the founder of the DPRK – the Democratic People’s Republic of Korea. The North Koreans had few friends in the outside world. The Russians had helped them for a time, but after the collapse of communism in 1991 they backed off, leaving the Chinese

to become their reluctant paymaster. Other countries viewed them with increasing suspicion when, despite limited resources, the North Koreans ramped up the stakes by pursuing Songun, a policy which put the military at the heart of the country’s existence. This led to the testing of nuclear devices and the building of ever larger intercontinental ballistic missiles. Attempts at reconciliation with the West consistently failed, ensuring that North Korea remained comfortably ensconced on President George W. Bush’s axis of evil. Despite this distinctly unpromising international image, I followed a gut curiosity and replied to ITN that yes, I was interested and I would like to know more. After a few initial meetings the momentum slackened. The international situation worsened and the idea of a North Korea travelogue looked less and less likely. Added to this, my wife was to have a knee replacement and I needed to be at home to help with her recuperation. I therefore decided to confine myself to another project, and one which would keep me closer to home: following up my new-found enthusiasm for the extraordinary life story of a ship called HMS Erebus and turning it into a book. It seemed to be the right decision. The news from the Democratic People’s Republic was going from bad to horrible. Kim Jong Un was threatening the world, boasting that his country had assembled an arsenal of missiles and sixty nuclear weapons to go with them. The immediate reaction of the newly elected American President, Donald J. Trump, was hardly encouraging. Calling the North Korean leader ‘a madman’, he promised that North Korea ‘would be met with fire and

fury like the world has never seen’. ‘Rocket Man is on a suicide mission,’ Trump jeered. Kim Jong Un retaliated, calling Trump ‘a mentally deranged dotard’. The likelihood of my ever being able to film in the Hermit Kingdom was receding by the insult. My wife was relieved, and I reconciled myself to missing out on what would have been my ninety-eighth country. But ITN and Channel 5 hadn’t given up. Throughout the months of belligerent name-calling, they had kept in touch with their chief contact, an English tour operator called Nick Bonner, a man who had been organising tours to the DPRK for twenty-five years and who knew the country intimately. At the beginning of 2018, Bonner noted more promising signs coming out of North Korea. In his New Year speech, Kim Jong Un, whilst warning that ‘the entire US is within range of our nuclear weapons’, had extended an unprecedented olive branch to the President of South Korea, and by implication to the world outside. As I grappled with the disappearance of HMS Erebus in the Arctic ice, things seemed to be thawing in a very different part of the world. The DPRK , so long portrayed as the secretive grump of international politics, was embarking on what used to be called a ‘charm offensive’. Not only were they sending a team to the Winter Olympics in South Korea, but in a very canny move, they had also decided to dispatch Kim Yo Jong, the photogenic sister of Kim Jong Un, to stand behind the robotic US Vice President Mike Pence at the said Olympics, demonstrating at a stroke that the grumps were in Washington, not Pyongyang.

Almost unbelievably, within a month of the Olympics, the White House announced a possible meeting between the Supreme Leader and the American President. A few weeks later Kim Jong Un left North Korea for the first time since he’d assumed power in 2011, taking a train to Beijing to meet the Chinese President. Fanned by the warm breeze of rapprochement, expectations were reviving. A production office was set up. Books on North Korea fell through the letter-box. Though I was still working flat out on Erebus, I was persuaded to meet up with a potential director, Neil Ferguson – whose own account of the pre-film preparations will be found as a postscript to the Journal. We had to be careful. The project was on such a knife edge that any advance publicity could have killed it off. In a suitably clandestine, John le Carré way we met at tables at the backs of pubs and cafés, and always referred to North Korea as North Croydon. One stroke of luck was a three-week hole in my Erebus production schedule, whilst my editor took a fine-tooth comb to my finished copy. Suddenly, with almost indecent haste, I was packing my bags for the flight to Beijing, assuring my wife that Kim Jong Un was about as dangerous as Father Christmas, and that everything would be fine now that North Korea was looking for friends rather than enemies. In the few quiet moments before departure I knew that I didn’t really believe that, and the one thing history told us was that the relationship between North Korea and the rest of the world could change in an instant. This was not going to be like any other journey I’d ever done.

2018 I WAS WARNED THAT BECAUSE THE NORTH KOREANS ARE paranoid about information entering their country, I would not be able to take the basics of all travellers – maps, guidebooks, online advice  – into the DPRK. As we were hoping to film right across the country, in cities, towns and countryside, this was an irksome restriction. Along with a corresponding nervousness at being seen to wield a camera or a voice recorder, my options for recording this once-in-a-lifetime journey were confined to a small ring-backed blue notebook, chosen to be as inconspicuous as possible.

In the event, the authorities were pretty tolerant of my iPhone camera and in the privacy of various hotel rooms (though privacy was something we remained sceptical about) I was able to add supplementary material on my voice recorder. Though I’ve tidied it up a bit and augmented the entries with memories that I never had time to write down, the bulk of this account was scribbled in the blue notebook whenever I  had a moment. One thing I did learn is that North Korea is not a label the locals acknowledge. They know their country as the Democratic People’s Republic of Korea – the DPRK.