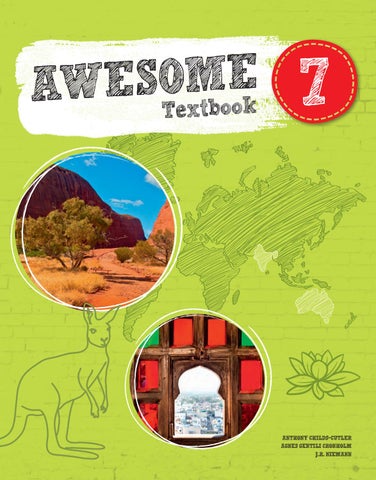 The Girl Who Stood Up for Education Malala Yousafzai, a 13-year-old girl, was sitting on a school bus in Pakistan on October 9th, 2012, when a gunman boarded the bus and demanded to know where she was. When nobody answered, he shouted that he would shoot each and every one of the school children on the bus unless Malala identified herself. Malala told the gunman that she was the girl he was looking for. He shot her three times, one bullet traveling through her forehead, driving fragments of her skull into her brain.

How could it be that this girl, a young teenage student simply riding home with friends and classmates after taking an exam, was wanted dead by an assassin? What could she possibly have done to provoke such a violent attack? Her crime? It was simple: she wanted to go to school. At the time of the attack, Malala was working tirelessly as an activist and blogged about girlsâ&#x20AC;&#x2122; rights for education in her native country, Pakistan. A fundamentalist political organization

active in Pakistan called the Taliban believed that women should not have the right to education. Because she spoke out against their beliefs, the Taliban sent someone to murder Malala. The only problem with their plan was that, miraculously, the bullets didn’t kill Malala. And if you couldn’t kill Malala, you certainly couldn’t silence her. After emergency surgery and a lengthy rehabilitation, Malala survived. She continued her activism and when she was 16 she spoke before the United Nations General Assembly and said: ‘The terrorists thought they would change my aims and stop my ambitions, but nothing changed in my life except this: weakness, fear and hopelessness died. Strength, power and courage were born.’ Malala moved to England in 2012 for surgery to have a bullet removed from her spine, and she is still an education activist. She has written a book and studies very hard in high school to make it to university. In an interview with The Guardian newspaper she said: ‘I want to get my education – a good university education. My dream is to empower myself with education, and then it is a weapon.’

In 2014 Malala became the youngest winner of any Nobel Prize ever. She shared the Nobel Peace Prize with the Indian children’s rights activist Kailash Satyarthi and attended the prize ceremony in Oslo. Malala is not only unafraid to stand up to injustice or to people who want to do her harm, she’s also brave enough to tell world leaders what she thinks. When she met the U.S. president Barack Obama, she told him that drone attacks and the United States military do more harm than good. The New York Times reported that she told Obama: ‘Instead of soldiers and sending guns, send books. Instead of sending weapons, send teachers, send pens.’

In her book, I Am Malala, she wrote about her dreams and her future: ‘I don’t want to be remembered as the girl who was shot. I want to be remembered as the girl who stood up […] Peace in every home, every street, every village, every country – this is my dream. Education for every boy and every girl in the world. To sit down on a chair and read my books with all my friends at school is my right. To see each and every human being with a smile of happiness is my wish.’

1 Malala had to fight for her right to go to school. Do you think kids in Sweden take school and education for granted?

2 Malala wanted to change the society she was living in. Is there anything that you would like to change in society? How would you make people aware of that problem? 3 There is a saying in English that goes ‘the pen is mightier than the sword’. What does the saying mean? How is the saying connected to the text about Malala? 20

Awesome Writer Read the letter from Xandra in the Toolbox (p. 91) and write an answer. Your letter should contain information about yourself: where you live, your family and what you like to do in your spare time. The Toolbox: page 90

Awesome Speaker Work in small groups and prepare a short speech where you make suggestions on how your school can become even better. Come up with realistic suggestions and explain why they would make your school better. Present your suggestions to another group. The Toolbox: page 98

Joe Is Not a Monster

Interview with R.L. Stine, Author of the Goosebumps Series

There were no cars outside. I knocked on the front door. There was no reply, so I sat on the steps. I had taken the train all the way from Montreal, then walked the last few miles through the forest. I expected my friends to be waiting, but the house looked deserted, the curtains drawn. ‘Hello?’ I turned around to find an old lady standing at the open door. She looked a little like my Grandma. ‘Hello,’ I said, ‘I thought there was no one here.’ ‘Come in. Would you like some lemonade? You must be thirsty on a day like this.’ ‘Yeah, it’s really warm.’ She showed me into the kitchen. ‘Are you related to Sabine?’ I asked. ‘No, but I’ve known Sabine and her family a long time. Is it your first time here?’

‘Yes. But Sabine has told me a lot about this place.’ She seemed not to hear as she fetched a jug from the old refrigerator. ‘I hope you like home-made lemonade. I made it this morning.’ ‘It looks great.’ I accepted the glass she offered and took a long swig. ‘Mm, perfect. Just what I needed.’ ‘Good. I’m surprised any of you came alone, especially someone as young as you. Aren’t you scared of the forest?’ ‘No. That scary stuff is all in the imagination. My dad says that most things we meet are more scared of us than we are of them.’ ‘He sounds very sensible. But people can be scary.’ ‘I guess. But my dad says that only one in a million is dangerous.’ She smiled sweetly. ‘True, if you don’t find yourself in a small room with that millionth person.’ I laughed. She had a nice sense of humour.

‘Sabine tried to scare me about a young woman who lived in this forest years ago and poisoned some people. Her husband and in-laws. Some story like that. Sabine said the woman’s ghost still walks in the forest.’ ‘Has she seen it?’ ‘She says she sees it every summer, but I think it’s just a story, or her imagination.’ ‘I’m sure it’s one or the other. I’ve never seen a ghost, and I did so much want to see one when I was younger.’ She sighed. ‘He would have been such a nice ghost. But he never appeared. So I don’t believe in them. Would you like some more lemonade?’ I was beginning to think the old dear was a bit cracked, but she seemed harmless enough and the drink she made was very refreshing. I couldn’t say exactly what it was, but it had a little something I’d never tasted in lemonade before.

I held out my glass. ‘Do you have enough for everybody?’ ‘Everybody?’ she asked, the jug poised above my glass. ‘I mean, for Sabine and the family, when they arrive.’ ‘Oh,’ she said with a frown. ‘I think there’s been a mistake. Sabine and her family don’t live here. There’s another track through the forest. You took the wrong one. But it’s not far. It’ll only take you about twenty minutes. Or ten, if you run.’ ‘Why should I run?’ ‘No reason,’ she replied with a smile, ‘unless you believe Sabine. I hope you’ll believe me when I say that I was found not guilty. And I’m still alive, as you can see, and not a ghost at all. Now then, you’ll have to hold your glass steady if you want more lemonade.’

1 What would you do if you were the young person in the story? Would you have a second glass of lemonade, or would you run? Why? 2 This is a ghost story. What do you think a ghost story should contain to make it scary?

Joe is not a monster. Believe me. I know Joe better than anybody. Joe is a sweet guy. He is a pussycat. He wouldn’t hurt a flea. How did the nasty rumors get started? I really don’t know. Someone at Joe’s school must have started them. Someone at Joe’s school whispered to someone else that Joe was a monster. And the rumor spread and spread. Now the whole school is against Joe. Kids are frightened of him. Kids laugh and point at him behind his back. The braver kids shout, “Hey, monster!” when Joe walks past. Then they laugh and hoot when they see Joe turn red. Someone wrote “MONSTER” on Joe’s locker. Someone tucked a windup toy monster in his backpack. Because of the ugly rumors, no one will hang out with Joe. Joe eats by himself in a corner of the lunchroom. No one will choose him for after-school soccer games. He has to stand and watch the games alone on the side of the field. No one will dance with him at the school dances. No one even talks to him in the halls or in class. Yesterday a big kid from the upper school punched Joe really hard in the chest and said, “Go away from here, monster.” Joe cried all the way home. Let me tell you something about Joe. He is very hurt by these rumors. Joe has feelings, just like everyone else. Joe wants to have friends. He really wants people to like him. Joe is a nice guy. He is kind and generous. He has a great sense of humor. He can be a good friend. Joe didn’t ask me to speak for him. But I am speaking out anyway. I want to set things straight once and for all. Joe is not a monster. Not a monster. Not a monster. How do I know so much about Joe? Well, that question is easy to answer. No one is as close to Joe as I am. No one knows Joe better than I do. Because I’m Joe’s second head.