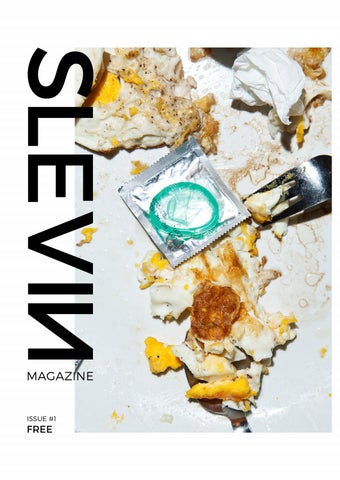 TO LISTEN TO MUSIC MAGINE A PORTRAIT. ~ MICHELLE RHODES

I LIKE TO LISTEN TO MUSIC AND IMAGINE A PORTRAIT.

FROM THE DESK It costs nothing to explore your creative mind and artistic soul. With the aims to support young people who want to explore their creativity and express their artistic soul, we created SLEVIN. An independent magazine focusing on art, fashion, music, culture, creative writing and down-right crazy things. We are always open to all kinds of youth creations and we will never put limitations to our magazine to support you in expressing yourself. Letâ&#x20AC;&#x2122;s grow and be creative together! Lots of love, Santi Permana

YOU CAN HAVE A LOT WITH THE DARKNESS ~ Sabina Godalyova

OF FUN S! It’s probably one of my favorite comics in my whole life: an eccentric little girl with eye bags whom I worry sleeps well every night. Haha! Meeting up with Sabina Godalyova in London was one of the best parts of my trip! A creative genius! Sabina brings a sense of darkness with a twist of humor in every story of her comic, GODKA. GODKA is a silly nickname based on her surname – Godalyova. “My dad sometimes calls my mum GODKA and some friends of mine call me GODKA too, so I though it was a cool name for a silly comic strip character.” She said. It’s been 7 years now since she started to draw comics. It all began when she was a kid drawing her celebrity crushes. Based on her interest in reading, she started to read comics and time by time, minute by minute, day by day, she fell in love with the combination of writing and drawing (is it like cooking while eating? Hah ;)). “My first comic was a very silly one. Depicting a crazy dream that I had about Matt Bellamy from Muse and The Doors. I really enjoyed drawing it and people seemed to like it so I started doing more.” As she said. A big stepping stone in Sabina’s life was meeting up with Marcel Klimo who is one of the founders of the website Space Unicorn (community-centered project to support geek culture in Slovakia) at a comic book fair in Bratislava. She credits that encounter as being “mind-blowing” and considers it exceptionally lucky as she soon began drawing weekly comics for Space Unicorn. Not only talented in drawing comics, Sabina also writes short stories, poems and has penned one ridiculously long novel.

What inspires your comic? My comics are inspired by my life and my daily struggles with either life or myself. I try to use humour to deal with painful or awkward situations or whatever might be bothering me. I like to borrow a line from one of my favorite writers, Douglas Adams, when I talk about the themes of my strips. They´re about life, universe and everything. Why did you choose comic drawing as a reflection of your wild creative mind? I do think comics (comic strips, comic, graphic novels) is a great art form that is still a bit underrated, unfortunately. It´s a medium that works with language but also visual art in a very specific and smart way. There´s a lot that happens in the small gap between the frames and you need to choose the perfect key moments to put into the frames for the whole comic to work. You have to be smart about it. It´s a way of putting chaos into an order. If you are one of the comic characters that you drew, could you describe your character? Yup, I am the main character of all of my comics. Quite narcissistic, I know, haha! But I always wanted an alter ego. What I love the most about having GODKA is that she can go for an adventure that I can only dream of. When I was drawing the weekly comic for Space Unicorn, I used to fill them up with as many references to pop cultural artefacts as possible. Being a bit of a geek myself, it was a way for me to be part of pop culture. I could have GODKA meeting the Doctor, sitting on the Iron Throne, having a conversation with Snoopy or sailing the sea with Hobbes. She can go anywhere. She can meet anyone. Lucky gal!

Do you like chocolate? I have three letters for you: BFF What is your desire when people read your comic? My desire is to make people somewhat happy or happier. I´d like to make people smile or laugh or think about certain stuff in a way that they might not have thought about it before. Art for me is the best way of dealing with all the downfalls of life. It´s also a great way of appreciating life. What do you want to express and tell to people through your art? Now that´s a tough one! It really depends on each comic strip, each comics has a different story with its different meanings, different messages. GODKA is a bit of a Debbie Downer sometimes, just like me. But I´m trying to make her struggles funny. I love turning my own negativity into something funny.

If there is one character like Pinocchio in your comic, what kind of curse would you give instead of his nose growing longer whenever he tells a lie? Ha! Maybe their tongues could drop off and crawl into their belly buttons? And live there and twirl like worms forever and ever and ever... Is that too gross? I´m sorry! (No, I´m not. I hate liars). Waaa! That’s creepy! I probably will kill myself straight away if I meet that guy right in front of my eyes! Or if there’s a fainting emoji, I will type it a million times… >_< Last question, do you like horror movies? I do love a good horror book and I do like a certain type of horror movies. Anything paranormal. I like the thrill of being scared in the safe comfort of my bed or a cinema seat. I do have a bit of a dark sense of humour and GODKA is a bit of a Goth child-woman. You can have a lot of fun with the darkness. (words by Santi | comics: GODKA) Instagram: @instant_godka

I remember a time as a child When I had a crush When I acted without experience When I said how I felt Acted how I wished without fear Before the destruction Before the years of pain Before the attachments I knew its purity I felt vulnerable I can feel it now just talking about it But most of all, when the risk was taken And my actions were requited I HAVe never felt such pure bliss As if the heavens opened up on my 10 yearS old self And angels gave me their opinion 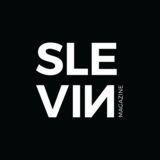