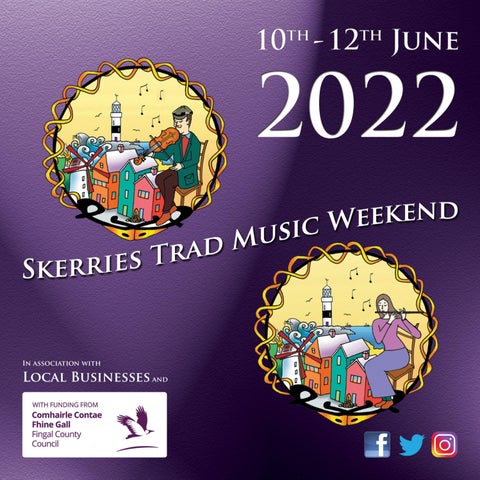 Summary of the Weekend 2022 marks the 19th anniversary of the Skerries Traditional Music Weekend after a break of two years. This picturesque seaside town plays host to a weekend full of music and song, reflecting the unique culture of the Fingal region. Leading artists travel to Skerries where they join with locals and visitors in a celebration of Irish Heritage. Once again the Weekend focuses exclusively on sessions catering for a variety of musicians, listeners, adult learners, teenagers, families and indeed all wishing to experience Irish traditional music at its best.

Fiddle maker Paddy Tutty presenting one of his new hand-built instruments to TG4 Young Musician of the Year, Sorcha Costello.

This year, for the very first time, Sunday morning features a special Display by Instrument Makers featuring three of Ireland’s renowned makers - luthier Paddy Tutty’s fiddles and violins, fretted instrument maker Macdara Ó Faoláin’s bouzoukis, mandolins and guitars as well as the craftsmanship of our resident uilleann pipe maker here in Skerries, Bill Haneman. This Display by Instrument Makers will take place in The Snug at 1pm on Sunday, where all are welcome to view the instruments and chat with the makers.

• Nealons • The Snug • The Gladstone • Skerries Harps • The Bus Bar • Joe Mays The local organising committee is very grateful for this vital support. 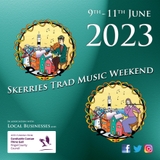