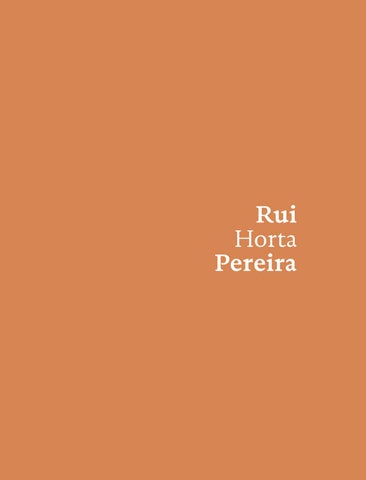 Free Time I’ll start by stating that I’m not in the mood. I’m not in the mood for anything. I don’t approach nor invest in anything at all. I slowly slide through days cursing the tasks and the effort they put me through (which is even worse). This is the painful multiplication of effort. This human invention only demonstrates the need to fill in time, to stuff if like a spicy sausage, to press it, to squeeze it in different time tables! We don’t have time for anything. We need time, so much! Nevertheless, I almost reach silence. And then I ask myself: why do I take silence for void? Why do I mistake everything? And, most relevant: how long does all this will take me? My head is hollow and I truly believe that. I believe that the void fits it in. I ignore for a second any kind of safe arbour. And suddenly, there is a frightening freedom, an epiphany of nothing. There is no tension without breathing. And breathing sometimes is boring - as everything else, by the way. But because we want to release the tension, we end up by breathing. It’s inevitable. An inevitability that was forced on us and – I hate to recall it – an inevitability that jumps at my mouth at every moment. I’m speaking for myself, obviously. I usually burst through bars. Bursting through bars is like bursting through memory. And, oh, how I hate going through memory all the time! I search for people that match my memories – the tones, something harmonious that unmakes the simple clumsy fog that my abilities and my art courses allow me. I disappoint everybody. And I disappoint myself. And I stop believing constantly. After all, it is true: there is an indigent condition for rebellion and fading – and you need to be in the mood for it. And yes: I believe in all the gods. I have that connection. I wish I could call it a gift. But I have no miracles to present. I believe in a genuine and transparent connection – naïve to the point of judging that getting near to books will make me more wise or that entering a church will make me a more pious and merciful being. I convince myself that there is evil here. I cannot say much about it. But that’s the direction I take: to bleed the animal without guilt or hesitation. There are some basic parts that we don’t cut because they have no commercial value. They don’t feed. I’m, as you can tell, a butcher that regrets having stolen peaches, that regrets to having run on the roofs, having broke windows to steal laces – just for the pleasure of stealing. We were, even then, fed up with sensitivity. School was far and distant. School were the older, always winning at all games. I prefer to be alone, vigilant, running to the school of nests in order to kill birds – always quiet; running to the backyards to built unstable houses; running to the heels of animals. Waiting. Today, I’m a salesman. If only I knew. I know this is not the way one defends oneself. None of this has social resonance. It is not adventurous. It does not incite bravery – but it is the way I found to jump away from the merry-go-round – a difficult exercise that brought me many bruises. I bring them all. I have inclusively made a rotary, with no interest whatsoever, unworthy of readable prose. We keep on launching ourselves in time until we reach a certain age. And then time takes care of us. And, oh, how do I fight it! How I try to ignore the way I get the chills every time I can get away from it all and reach a level of concentration where everything seems to tingle around me, moving me. It is important to depart from this minor basis. It is important to depart from that worldly platform that encompasses all. Even tough, I do recognise that some possibilities are juicier and others are more indigest. We have to feed ourselves and, fortunately, there is no lack of food. That’s what I always say to my customers. At butcher’s conventions we don’t talk much. We don’t talk much about this, the quality of the work (that’s how they call it), its provenience and its maker... but when the noise is too much, I leave. Now they use microphones and amplifiers and I stopped going to these conventions. I don’t want to. It became unbearable to go to these butcher conventions. I restrict myself to grains. I prefer the primitive to the beautiful. Children are ridiculous. We give them everything and they take it. I will not say that I was born older – but I was born suspicious. I’m certain that this has spared me to a lot of things in my life, that it prevented me from many fantasies. It has dried my happiness. Is there a more ridiculous thing that the joy of children? Everything is fake! Even age – that only counts when time is boring. Before that, nothing counts and that’s no mystery. It’s a physical transformation, fattening, and secretion. We should despise without adjectives in a seminal state. I do recognise: my flesh is dry. Not because I’m dehydrated, but because it has no joy! I dwell in sadness.

Therefore: Flies attack my pieces of work: the loins, the flank, thighs, bacon. I exasperate but I don’t kill them. I spend all the time waving the air. If we wave the air, it is well known, flies get confused. We forced them to multiple trajectories. Their rest, flavouring and posture, fundamental aspects of their existence, become questioned. I’m sure that this action demotivates them. It leaves them without a goal until they opt for a less agitated solution, a more stable solution, and search another place, another solution. I loose many clients when flies appear. They all dispute the same solution for satisfaction and they are all contrary to any kind of share. Thus, I wave the air all the time. During one of these appearances, during one of these casual meetings among species, the discussion was focused on an exhibition. In the exhibition venues gender, species or evolution is not important. Maybe… It is not important the hierarchical relation. For instance, a large part of animals produces a sound that it is not music. But I don’t know anything about that. But I respect it. I always love to mention nature, to try to describe her – she is so wide that she doesn’t complaint about anything. Or maybe not... No text can sadden her – she can take it. At this so called exhibition, each one verbalized accordingly to what they reasoned. The visual field disappears slowly but, notwithstanding that slowness, it is not possible to apprehend everything it is within it. From the words of the animals that agitate in its cages to the domestic people that sleep in the fringes of tasks and to the big tattooed bullies that parade themselves. Long live exhibitionism! Hurray. Now, the flies, speak: ... I do my judgements superficially. But, contrary to what it used to happen, now I don’t forbid myself of verbalizing them. I dig permanently in the lexical cave in order to elaborate them, in order to feed them – as if it was a technical proposition. As I go further, the light disappears. Is it worthy to go through a path like this? ... the paragraph is the format that I know best. It seems that only through paragraphs I’m able to think. In the meanwhile, I clean my hands on my trousers – I have nothing to do with that – I shake my shirt, I tie my shoe laces – but I’m not on time. I have no emotional clarity. I have only random desires and aspirations that never go beyond – voices that never reach more than an incomplete paragraph. ... I wanted to travel but my routine doesn’t allow me to evaluate destinations. Papers absorb my attention completely. I have several on going investigations and once I don’t establish priorities, everything piles up. Thus, I have my own Himalaya, my own Everest, my own Andes... Do I manipulate temperature? No. Airconditioned runs away my control and blows my imagination. It breaks the serious possibility of my travel, of my wondering. I’m very sensible to climate change. ... our resistance is sufficient. Our self-criticism is not powerful. In stead of corroding, it amuses. If it doesn’t serves, it destroys. It’s an illustrated revolution on paper. ... my childhood is always tormenting me, saving episodes. I have no aversion or regrets about it – but its cage resemblance puzzles me – a cage where some bad boys live together. They snap fragments, each with its own intensity. They hit the ground with a contradictory smoothness. I dedicate much time to these observations. I try to register them, but it is a vain attempt and my grief becomes unbearable for days. ... I start to draw and to write around it until they all disappear in the middle of words, in the middle of written things. I take this as a sign that something is about to happen, a sign that everything is and will be incomplete. ... I promise to be brief. A compromise. I have left the shame that hold me behind a bit and I am not complaining. I have established a pact: I will go to the streets in order to swallow things. I will join the circus, I will show abilities. I have left shame and I copy and spread ads – exotic and rational animals... dysfunctional human animaloids. I keep copying drawings, a long graffiti since 1975, often inconsequent and superficial. But the absence of shame means more than that. I cannot stand to say whatever it is to me. Therefore, I go alone into the crowds and scream (hating it all, and, oh, how do I hate crowds!). In the middle of a crowd all my dreams begin. No fear apart from the evident anguish of being in the middle of a crowd. Part of my thoughts release and become autonomous. It escapes any kind of constraints or, we might say, it finds an escape from where it flourishes a written drawing – a drawn word. ... deep inside, I already recognise the same condemning voices, the same censorial grunts, the same crushing grin of demanding. The fear that then invades me makes me throw everything on the ground, including my body. My body that follows the crowd and that has escaped in the brevity of fear. I dig a hole with no rocks, with no obstacles. From that moment on, I will be able to think: to think and to decide for the creation of sculpture – to kill first in order to create afterwards, to announce the burial in order to exalt the birth. Air takes imperfection away – it asks nothing. 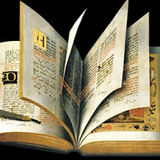