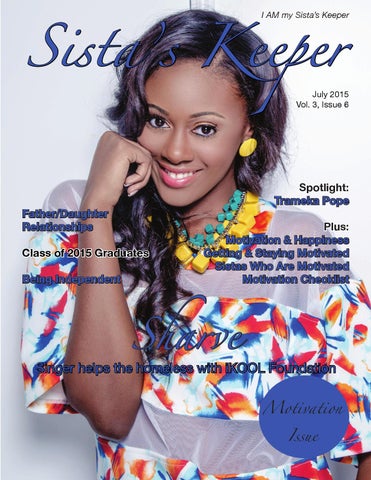 Teen mother graduates at the top of her high school class

Trameka Pope of Chicago, IL was motivated to overcome homelessness and teenage pregnancy and became valedictorian of her high school class and go to college. “I was told that God don’t make mistakes and He wouldn’t give anyone a child who wasn’t ready for one,” Pope says. The city of Chicago has a high rate of new teenage mothers each year. Combine that with the statistic that one-in-four students at her school

Wendell Phillips High drops out of school before graduation and you have major hurdles to jump over. “I didn’t give up. I pushed myself hard. And my baby motivated me every day because I wanted to provide for her and I also didn’t want to be a statistic. I always said that I wanted to make change and I wanted to be in the history books, and I started with myself.” Trameka’s remarkable story definitely lets us know that you can do anything and overcome it if you are motivated.

Kyemah McEntyre, an 18-year-old aspiring artist and fashion designer from East Orange, NJ, made a name for herself after her handmade African-print prom dress went viral and became an online sensation. McEntyre says that she wanted to send a message to other teens that it’s okay to be yourself, and that natural beauty is too be loved and admired. “Sometimes I think people conform to other people’s standards of beauty. And I wanted to tell people it’s okay to be comfortable with yourself,” McEntyre says. “While I wanted to get the attention of people locally, I had no idea it would take off the way it did,” she says. She even got hired by actress Naturi Naughton to design her dress for this year’s BET Awards. “She said she really liked my story and my positive message. As far as the dress, she pretty much told me what she needed for the BET Awards. She told me a couple of things she wanted the dress to feature. And I pretty much included all of these things in my sketch and we went from there.” McEntyre plans to attend Parsons School of Design and build a business that will incorporate both her paintings and her designs. “I will showcase my fashion designs and my work as a painter as well. I have a few projects lined up, so I will be doing both.”

“I AM My Sista’s Keeper” Scholarship

Are you a high school senior who is going to college? Are you a leader in your school and community? Are you your “sista’s keeper”? If so, apply to be a “Sista’s Keeper Scholar” for your chance to receive a scholarship.

Be recognized at the 3-Year Anniversary Scholarship Celebration on Saturday, September 12, 2015

Applications will be accepted and must be postmarked by July 31st. For more information, visit:

Singer/actress Sharve is on her way to becoming a BIG star with her new single, “Love Easy” and an upcoming EP. She also serves as Miss Black American Teen 2015 and has an organization that helps the homeless.

harve is a busy girl...and a BOSS! She is a singer working on her debut EP, CEO of her own entertainment companies, and founder of her own organization to help homeless families. She says that you can expect to hear the different types of music that represent her and the different feelings that she has as an artist on the EP. July 2015

Boss Lady Sharve’ is the CEO of Born2B Entertainment and Sharve Music Entertainment. She says that it is important to be involved in every aspect of her career. “I feel like it’s a good thing to have a handle on all of the ingredients to your career since it is your career,” she says. “My family and I should be the ones over how everything works, all my songs and original stuff so I feel good about being the boss and making those decisions.” Black American Teen

Sharve’ currently serves as Miss Black American Teen 2015 and her platform is homelessness prevention and awareness. “Ever since I was younger, I’ve always been in pageants so it’s not anything new to me,” Sharve says. “It was definitely a different experience because I was older and this pageant was legit with a crown and everything.”

Helping The Homeless She is very humbled by the people in need that she sees and is determined to help. “Through my title, I have a platform which is again to help to fight homelessness so I feel blessed to have another outlet to give back and share what I have with other people. Everytime I see people on the street, I realize that I’m so blessed to live under a roof. It has always been in my heart to want to help those people. I didn’t know how but I just know I wanted to help them. This issue really hits close to home for me so that was a perfect opportunity.” Through that title, she has been going around the downtown (Houston) area with the organization Loaves and Fishes. She says that there are so many homeless people there so they help pack and pass out lunches, deliver water, chips or whatever we can. She has also particpated in events with Black Celebrity Giving. Love Easy

“Love Easy” is her first single and she loved it when it was presented to her by the producer. “I felt a vulnerability to it for me and that it could relate other teens and youth as well becuase it’s something we go through as far as relationships. It’s very fun and flirty and a ‘I have a crush on you’ type of song. I thought it was perfect.” Kreating Her Own Legacy

On top of all of her career and title obligations, she is also the founder of the iKool Foundation , which stands for “Kreating Our Own Legacy”. Started in 2012, the

mission is to provide an arena for kids to use their talents to make positive changes in the community and follow their dreams. “It was started by my mom, my sister and I to help kids use their God-given talents to help others and we also help them to pursue their dreams. We also used it as a helping hand to the homeless and hungry in the community. We just go around and giving our help to people who need it.” Awesome Ambassador

Sharve’ serves as an ambassador for WATAAH, which is a movement to treat obesity in youth and it’s all about getting up and moving your body, exercising and being healthy by drinking water. She’s also ambassador for Black Celebrity Giving. “That was a perfect opportunity because I love to give back. Growing up, my family has always taught me to give back in any way that you can to the ones who are less fortunate. I feel honored to be an ambassador for both organizations.”

Sharve’ says that whatever you are doing, you should have a passion for it. “Don’t just do it just to be doing it. If you are passionate about it, that will most likely motivate you and make you willing to do it no matter what you’re going through.” She also says to Keep God first. “That’s what I do. I always remember what and who I’m doing it for. Don’t give up.” Being Her Sista’s Keeper

Sharve’ has a younger sister named Kiera, 12, and says that they are just like any other sisters. “She gets on my nerves and we fight but we love each other. It’s really more like a friendship.” “When I think about being my sista’s keeper, to me it sounds like being protective of her. It doesn’t matter if they’re younger or older . You have an emotional connection with them and you’re always by her side having her back. Also, being a role model in her life that she can look up to. July 2015

The Olympic gold medal winner left after her graduation to return to her training facility to continue her preparation for the 2016 Olympics.

Aliah will be attending East Carolina University to study Biology in the hopes of becoming a pediatric surgeon.

Lauren Moore (above) Shades Valley High School Birmingham, AL Lauren will be attending NC A&T this fall to major in Bioengineering with a minor in Applied Mathmatics.

By eighth grade, only half as many girls as boys are interested in math, science, and engineering careers. If each of us gives a girl our time and support today, she can find the courage, confidence, and character sheâ&#x20AC;&#x2122;ll need to build a better tomorrow. 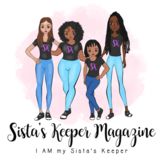