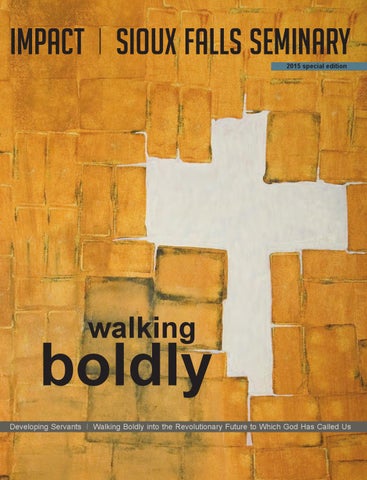 Remembering George W. Lang Sioux Falls Seminary Professor Emeritus George W. Lang passed away on June 4, 2015, at the age of 86. George was a faithful servant, pastor, missionary, educator, administrator, husband, father, grandfather, and so much more. During his years at Sioux Falls Seminary, he served God and others. He made an impact in the lives of many. After serving as missionary in Cameroon, West Africa, from 1955-1971, George and his family made the decision to accept the challenge of teaching at Sioux Falls Seminary, then North American Baptist Seminary. Along with his teaching duties, he served as the library administrator. He was described as being analytical, integrative, mission-minded, and caring. When George and his family joined the seminary faculty, they were already familiar with the seminary and its mission, not only from their time serving the North American Baptist Conference but also because George’s family had

been a part of the seminary’s history for three generations. When his grandfather became a pastor in the early 1900s, the seminary was located in Rochester, NY. It was also there in Rochester, NY, where George’s father, George A. Lang, became the seminary president in 1944. In 1949, George A. Lang moved the seminary to Sioux Falls and continued to serve as president until 1959. With such a rich family history, it should be no surprise that upon his retirement in 1999, George spent half-days working with the North American Baptist Heritage Commission, located on the seminary’s campus. He was also given the distinction of Professor of Missions Emeritus for Sioux Falls Seminary. Upon his retirement, he looked back on his time at the seminary and said, “I’ve found this to be a very positive experience. It was great to be in Cameroon and get a global perspective, then connect with the students here and give them that perspective.”

George, we remember you and thank God for you! 2015 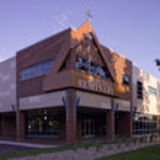 Through new leadership and renewed energy, the future of Sioux Falls Seminary is bright! We come together as a seminary community to work f...

Through new leadership and renewed energy, the future of Sioux Falls Seminary is bright! We come together as a seminary community to work f...