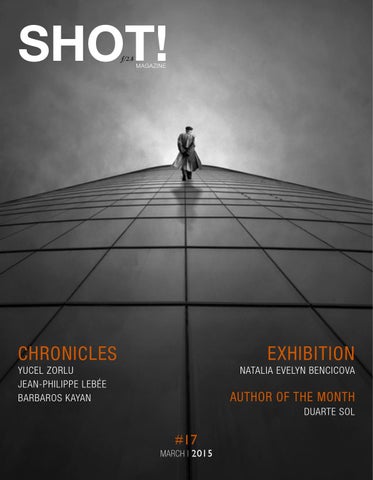 AUTHOR OF THE MONTH DUARTE SOL

Author Of The Month

BIOGRAPHY He was born in 1981 in Istanbul. He lives in Istanbul, Turkey. Documentary and artistic work continues within the Agence Le Journal.

LITTLE SYRIA The number of Syrians, who have fled their homes after the outbreak of armed conflict due to the civil war since 2011 and taking refuge in Turkey, rises day by day. According to the recent data of the official sources, the population of the refugees in the metropolitan and border cities of Turkey is approximately 1 million and 850 thousand. This number is estimated to reach 2 million with the fugitives. Some of these people live in camps known as “çadır kent” (shelter tents) and most of them in metropolitan and border cities. After the camp, “Küçük Pazar” neighborhood in Istanbul is the most populated district. Some of the refugees, who say that they came to big cities hoping to find job, are illegally employed or seen as cheap labor. Most of them do not have regular income and have shelter and nutrition problems. In general, the Syrian refugee population needs the support of local residents, government and non-government organizations and international aid organizations, to meet their basic daily needs.

Syrians refugees are fishing in Haliรง district, where they are densely populated.

A refugee, looking for somethings to burn on fire on the roof of a building, evacuated for urban transformation project.

Crowded families try to live in buildings that barely stand.

Hand-washed laundry is hanged out of the building.

Refugees facing a serious heating problem in winter months, are wandering around to find somethings to burn on fire.

A building waiting to be demolished for the urban transformation project. 15

A building waiting to be demolished for the urban transformation project and a Syrian family.

A Syrian woman, going to her house with milk.

A Syrian refugee is waiting at Haliรง Metro station with her baby on her back.

A Syrian refugee is waiting in front of the coffeehouse.

An old Syrian refugee is waiting in of a building waiting to be demolished for the urban transformation project. 19

You can come by a cockfight frequently in the district densely populated by Syrian refugees. A cook who won the race and his owner.

You can come by a cockfight frequently in the district densely populated by Syrian refugees. Cocks are getting ready for the fight.

Syrian refugee S端leyman is performing his prayers in his little room before dinner.

A little Syrian girl, who comes to exchange the gathered. 22

Children are playing among the demolished buildings.

The carpet washed by Syrian women refugees, drying over a car. 23

A Syrian family living in a building evacuated for urban transformation project.

Syrian refugee S端leyman and his wife.

BIOGRAPHY I was born in lâ&#x20AC;&#x2122;Oise, not far from Paris and started directing short films at the age of 15. Since I was a child, I have always been drawn to film and photography, as well as music. I was constantly looking for new emotional horizons whilst I studied art, developing my creativity through painting. Like many photographers, I learnt how to build an inner-world, always on the lookout for something new. I am both demanding and ambitious, and have a taste for classical photography, which is defined by strong contrasts. My photography captures the present, to bring another dimension to photography. The details of my picture will make it unique; bringing a soft balance between urbanization and the Bucolic. My passion for staging is showcased via an alternative take on photography and includes a quest for perfection regarding shooting. I try to utilize models and environments in such a way as to emphasize it. My background is rooted in the techniques of photography and video. I have managed to utilize several tools such as how to use digital alterations. My photographs are the result of deep seated passion for cinema. I steer clear of the mundane through the use of a sophisticated pictorial language. I am a contemporary photographer: eternally curious and observant.

BIOGRAPHY Barbaros Kayan lives in Istanbul. Kayan is a documentary photographer and a multimedia artist. He focuses on social events, state politics, being in motion and streets in his works. He uses reality as a means. With his preferences about colour, saturation and moments; he aims to hint the author’s existence. Kayan has been continuing his works with non-profit organizations in different countries since 2012.   Publications: Time Lightbox, Le Figaro, Le Monde, Courrier International, Vice News, 20minutes, Offside Brazil (Magnum Photos), Newscom, The Guardian.

The advancement of the terrorist group ISIL s tar ted a year a g o w h e n i t t o o k o v e r t h e villages at Ceylanpinar checkpoint. The fast progressing group has recently been t r y i n g to take over Kobane, which is a very significant point for the ethnic Kurdish in the area.

Since the beginning of the clashes, approximately 200.000 refugees passed through Suruc to Turkey. Significant number of the refugees is staying in Suruc. They have been placed to the tent areas, construction areas, mosques and to a wedding hall in the city. The Peace and Democracy Party (BDP) has been trying to provide for the refugees by working with AFAD and Kazilay (Turkish Red Crescent) since the Turkish government has failed helping to this fast migration. The refugees who stay outside of the camps live without hygiene and security; various accidents happen.

Most of the border villages close to Kobane have been emptied by the army. In the villages which are still inhabited, the villagers coming from the eastern part of Turkey (Sirnak, Diyarbakir, Siirt, Van, Igdir) keep watch. The night watches are to pre- vent the ISIL membersâ&#x20AC;&#x2122; entrance, exit and to keep an eye out for the possible attacks to the village. YPG fighters come shortly to some of this villages to rest. They meet some of their needs such as resting, food and minor medical treatments there. As the clashes around Kobane intensified, the dead bodies that arrived at Suruc, the city on the Turkish side of the border, became more and more. The bodies of the fighters from this border town who joined the fight against the IS have been buried and the funeral ceremonies were accompanied by loud protests. The relatives and the compatriots of the deceased were apparently furious at AKP government and President Erdogan for the government neither supported nor protected the Kurdish people in the region. On the contrary, they believed that the government showed sympathies towards the IS. Consequently they expressed their anger with chants slogans against the authorities.

BIOGRAPHY Natalia Evelyn Bencicova (4.12.1992) is 22 years old visual creative exploring mixed media with the use of photography. Grew up in Bratislava, Slovakia currently studying in Vienna. Her first contact with photography was nearly 2 years. She is working mostly with digital photography, in which she is trying to pursue a point in which the commercial and artistic meet.

BIOGRAPHY Duarte Sol was born in Funchal, Madeira in May 1977 and began photographing in 2009. Autodidact began by acquiring a “crop” sensor machine and subsequently evolving to “Full Frame” with he photographs today. The move to full frame SLR marked the assumption of a commitment for life to photography. Islet birth is passionate about landscape photography but even more for sea photography where he really feel the passion for the art of photography. Passionate by nature sees the various photographic outputs as moments of escape from professional day-to-day. Self-taught and passionate about the composition evolves mainly analyzing the work of other photographers and sharing knowledge and expertise with other photographers. Constantly looking for energetic compositions already presents a very unique trait in his works reveal a very own identity.

On the Edge of a Dream

Path to the unknown

THA N K YOU ALL 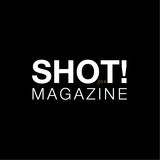