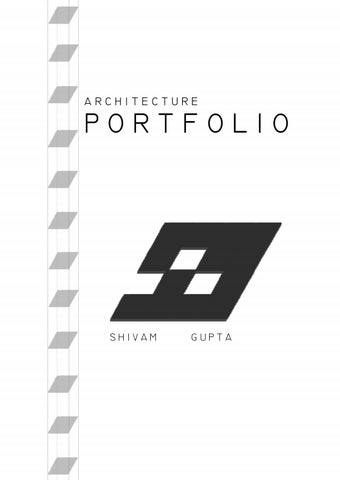 THESIS Rebuilding a city identity , Revolt Memorial in a town near Delhi which is famously known for the event of first war of independence. Apart of the design to serve the function there was a lot of study in understanding the allegory and the development of the form for this Cultural complex.

DESIGN PROBLEM 5 Star hotel in Aerocity , Delhi . The objective of 8th semester design problem was to understand the complex services and circulation of a building like hospital and hotels , and design a high end 5 star hotel understanding the need of the site and demand of the industry.

FURNITURE DESIGN Steel and Glass , The two most versatile materials and a simple modern center table .

O CREATE A CULTURAL LANDMARK WHICH SHOWCASE THE HISTORY OF THE REGION AND A TRIBUTE TO THEUNSUNG HERO AND THE SACRIFICES OF THE PEOPLE OF INDIA IN THE FIRST WAR OF INDEPENDENCE.

Great Revolt of 1857 The Great Revolt of 1857 (also Indian rebellion of 1857, the Great uprising of 1857, the Great rebellion, Indian Sepoy mutiny) is regarded as India’s First War of Independence against the British rule. It was the most remarkable single event in the history of India after the establishment of British rule. It was the result of the century-old British rule in India. In comparison to the previous uprisings of the Indians, the Great Revolt of 1857 was of a greater dimension and it assumed almost an all-India character with participation of people from different sections of the society. This Revolt was initiated by the sepoys of the company. So it has been commonly termed as `Sepoy Mutiny‘. But it was not simply a revolt of the sepoys.

ARCHITECTURE IS AN ART WITH A MEAN-

ING , ALLUSION , AND SYMBOLICITY. HERITAGE CENTER ARE LEARNING CENTER IN 21ST CENTURY TO PREACH THE COMING GENERATIONS ABOUT THE CIVILIZATION , CULTURE AND HISTORY.

“There is always a war of being superior and the greed of powerful exploits the weaker ones , I dedicate my work to those who took the courage to become rebel and demanded the right of equality , fraternity and sovierginity . Their revolt was however was not successful but it leaves a message that if we people are united than no power can humilate us . The region has suffered lots of communal riots despite of being one of the finest example of communal unity which rose against britishers . I feel that that such monument will not only enrich the historical context of the city but also will have a deeper impact on the cultural climate and with which its citizen can alwas relate itself”

ite is Located on Delhi Dehradun National Highway in the heart of city near meerut tehsil. Thousands of people passes through unnoticing the history of the place , The ashok ki laat which was made in the remembrance of the soldiers and citizens who raised their voice against britishers observe barely a dozen or two visitors a day , a crore of rupees of was spent building a museum near the pillar but like any other 4 room museum it failed to attract visitors . Therefore the aim was to make the monument so symbolic that it leaves an impression on every eye that looks on it and invites to end the curosity .

MUSEUM OF REVOLT DEH RAD U

existing site has a stone pillar of ashoka , this pillar is the identity of the site hence removing it will be a disaster to the identity of the site neither any big massive structure should dominate the stone pillar.The solution of the challenge could be by building it around the existing stone pillar such that it create a enclosure and it remain as a major public gathering space around it.The public space on the surface is a public plaza which is the large open to sky podium on which the pillar was present , also it serves as a connecting zone between the museum and the exhibition halls. The museum floor is situated aboove the ground such that it increases the security and also increases space available for public at lower level , food courts and retail zone is situated at lower level to increase the footfall on the site . Since this project will require quite a big amount to be invested various alternate source of income to assure the ROI is considered during the designing of the programme of the building in its initial stage . The Auditorium of capacity of 600 people which not only runs the culture oriented programmes on a regular basis but also can be rented for some private function too . Since Meerut is also a major industrial city and also a hub of various small scale industry , a seperate retail zone is connected this will not only generate some additional income but also will boost the economy of the region also.

SECTION The Structure is cladded with copper sheets as copper gives a flame like visual when light strikes over it and the edgy shapes spoke the language of anger of oppression on indians which will remain frozen with time shall passed . The torch like shape around the ashoka pillar is the symbolicity of the freedom and the spirit of the free indian people who shall not compromise its integrity and shall fight for it . The memorial is a tribute to all the unsung heroes of the war of independence and will shine to glorify their heroic tales and will inspire the future generations.

roject brief is to propose A 5 star hotel in Aerocity delhi . The objective was to study the current trend of the hospitality sector and make a design programme that would understand the need of the industry . After doing a thorough case studies of various hotels like Crowne Plaza , Trident Gurgaon and Radisson Blu Noida design programme need was to maximise the customer experience and since a huge investment is at stake the design programme of these buildings are very crucial in determining the success of a project .

orous yet controlled movement is needed for the hotel in a way such that the visitor can go in any part of the function yet it does not create a problem to the activity of the zones . A visitor comes to attend a marriage from banglore or a business man coming from new york , all the need from shopping to liesure are kept in mind . Visitors are divided majorly in 3 types , Retail or short time visitor , Banquet visitors and a Accomodation visitor .Seperated movement helps in smooth movement of traffic during peak hours , also since banquets have a huge traffic at a short span of time maximum seggregation is created by lowering the zone of banquets so the chaos will be restricted .

Hospitality industry scenario have changed a lot in recent years due to the change in a lifestyle and the trade trends of the world . Now apart of lodging Hotel serves a mixed menu of services to fulfil every wish of his client . Large meeting rooms , Confrence rooms , Temporary office spaces are now part of every business hotel , The hotel being situated in Aerocity , it would be attracting a huge business clients who will come on 3-4 day stay and wants all their meetings or confrences at one place hence would save thier time and money .

As there are a lots of business hotels in aerocity , Hotel should have some more additional economic activities so to generate a good revenue throughout and stand out of the crowd of other hotels. As lots of people are now scattered here and there throughout the planet in this globalisation , People wants wedding destination close to airports . The hotel can accomodate 3 wedding simulataneosly in its 3 halls and a large kitchen and each wedding hall is naturally ventilated and lighted .

The facade of the hotel is cladded with tranparent galss and a skin of pink color solar voltaic louvre is framed over it so that it can generate power and as well provide a jali screenin to the habitor of the hotel rooms. Circulation cores are at the end and the center of the corridoor providing maximum efficiency and flexibility . Service floor is provided below the recreation floor such that the trees and swimming pool are getting the required depth without wasting any extra space for them .

Both north and south facade has solid wall cladded with mud brown stone which subtly goes with the background and weather of delhi .

Thank You for your time and consideration. 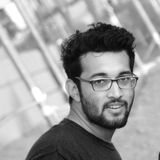 A selection of my academic work completed between 2015 and 2016

A selection of my academic work completed between 2015 and 2016