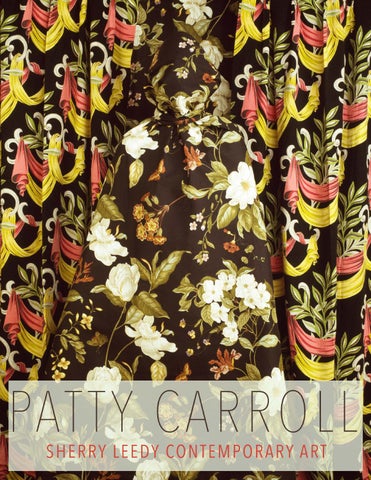 “I believe everyone has a hidden identity formed by personal traditions, memories, and ideas that are cloaked from the outer world. Cultivating these inner psychological, emotional and intellectual worlds is perhaps our greatest challenge as people, wherever we come from or wherever we live.” - Patty Carroll In Patty Carroll’s photographic series, Anonymous Women, each densely patterned image focuses on a lone woman that is practically invisible. Each is merged, concealed, overwhelmed and seemingly taken over by her surroundings. Carroll grew up in the suburbs of Chicago at a time when the prevailing myth of suburban life was idealized and home depicted as a place of perfection and harmony. It was a time when a “woman’s place was in the home” and it was her job to create this upwardly mobile refuge characterized and affirmed by obsessively matched décor. Carroll has created a photographic world using the artifacts of that time to critique and satirize this stereotype of the feminine and the myth of happiness gained through claustrophobic perfectionism. The photographs of Patty Carroll are held in the permanent collections of the Museum of Contemporary Photography, Chicago, IL; The Museum of Modern Art, New York, NY; Library of Congress, Washington, DC, Museum of Contemporary Art, Chicago, IL, Smithsonian Institution, Washington, DC and numerous others. Carroll maintains a studio in Chicago and splits her time between Chicago and Kansas City.