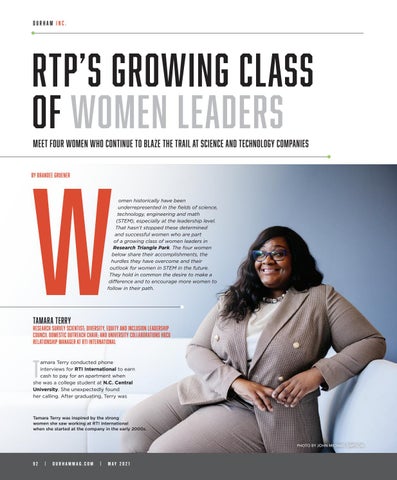 omen historically have been underrepresented in the fields of science, technology, engineering and math (STEM), especially at the leadership level. That hasn’t stopped these determined and successful women who are part of a growing class of women leaders in Research Triangle Park. The four women below share their accomplishments, the hurdles they have overcome and their outlook for women in STEM in the future. They hold in common the desire to make a difference and to encourage more women to follow in their path.

amara Terry conducted phone interviews for RTI International to earn cash to pay for an apartment when she was a college student at N.C. Central University. She unexpectedly found her calling. After graduating, Terry was

Tamara Terry was inspired by the strong women she saw working at RTI International when she started at the company in the early 2000s. 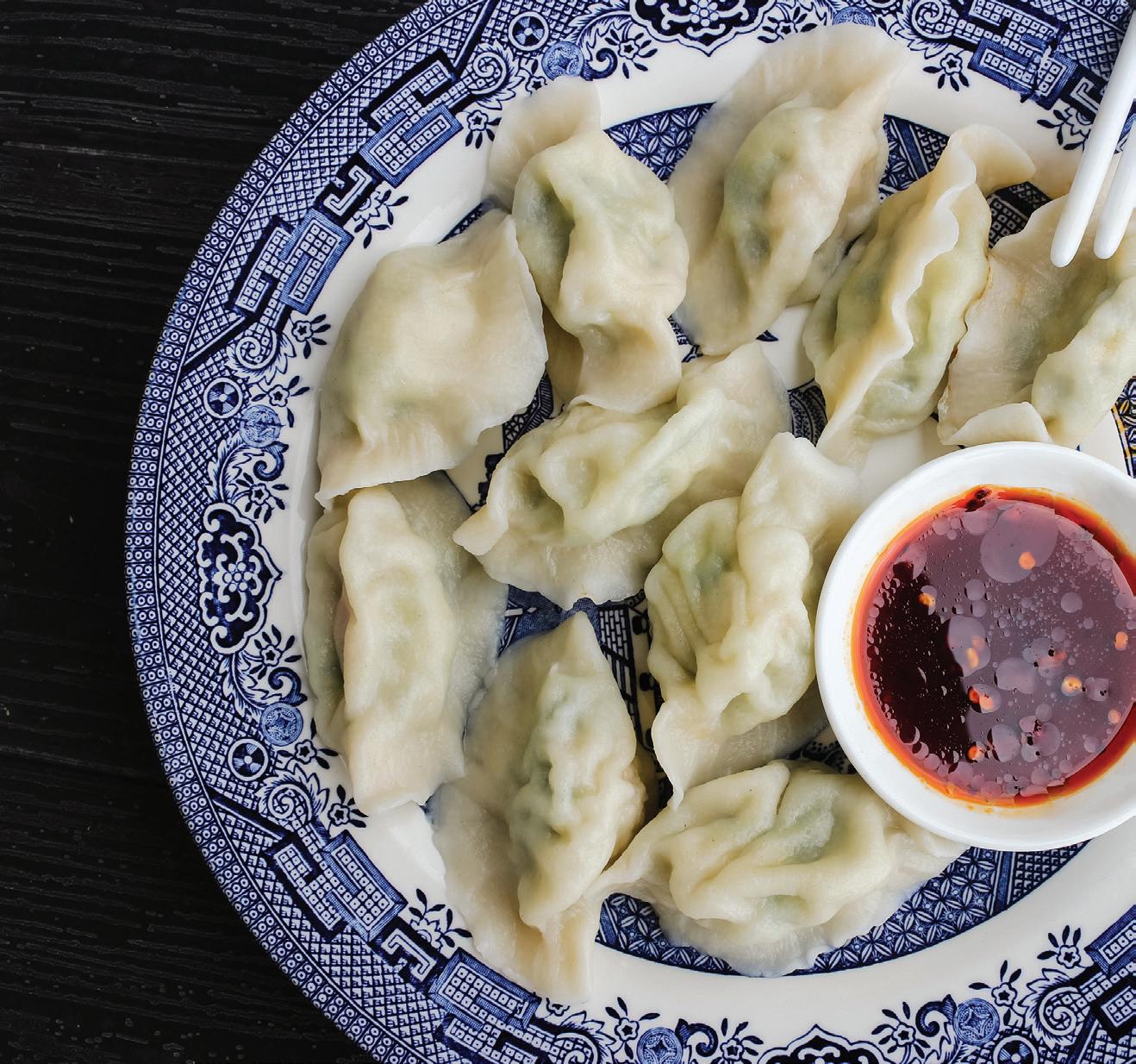 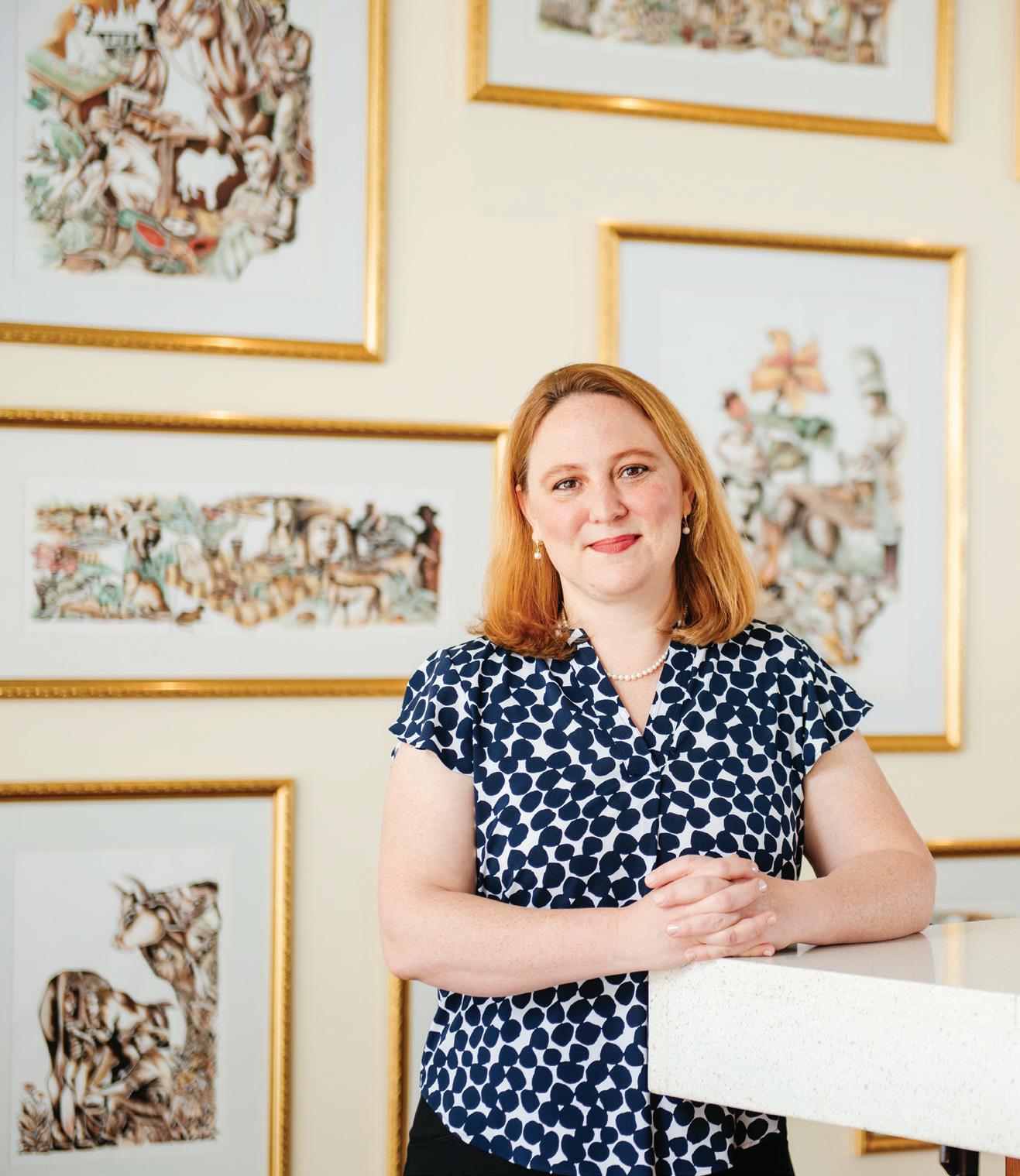 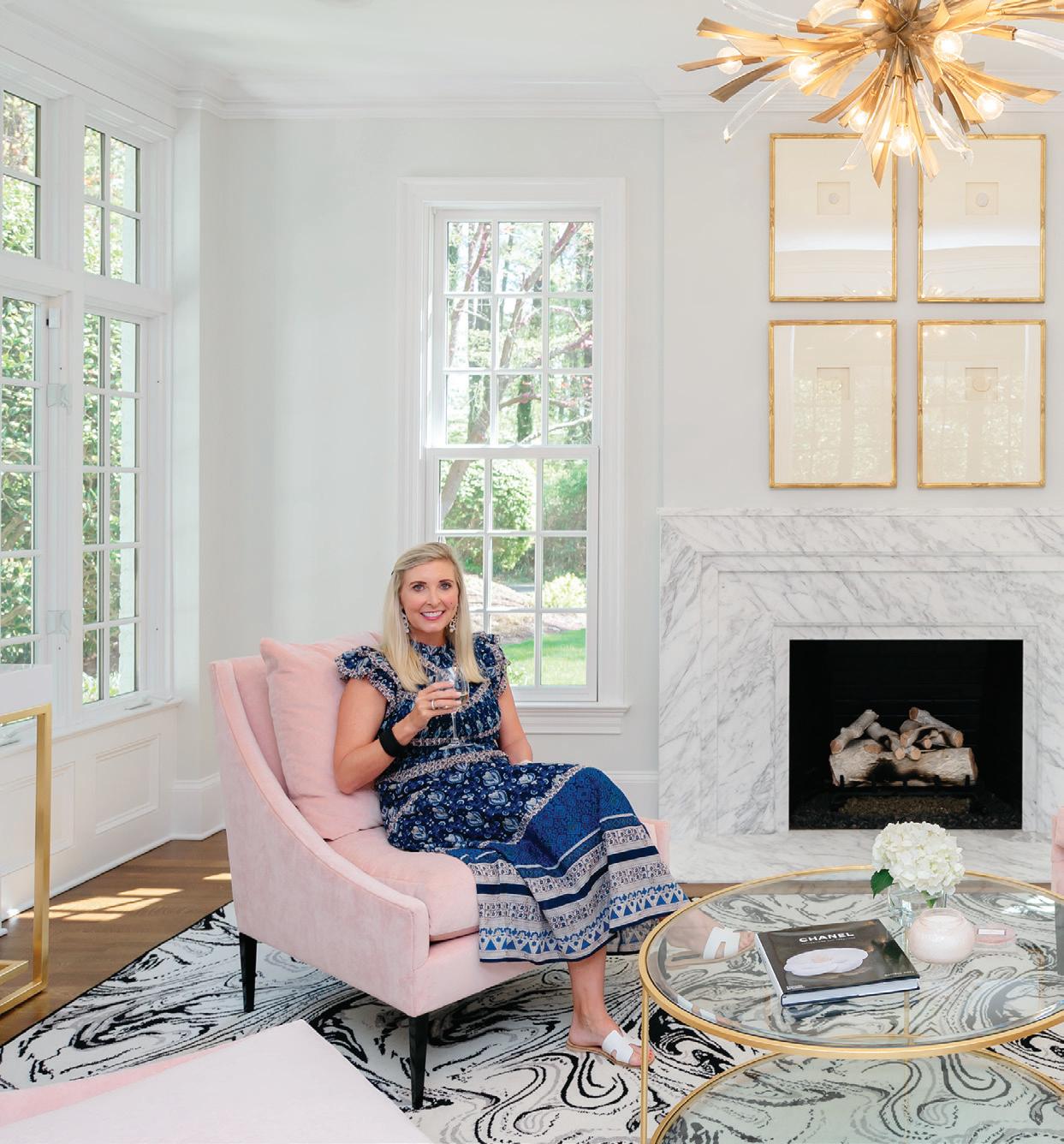 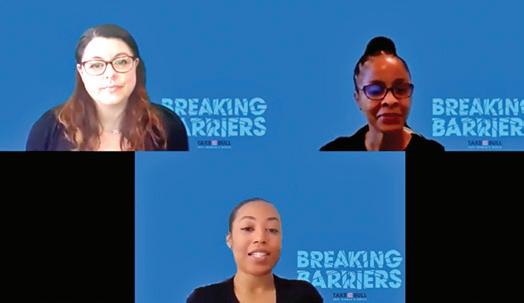 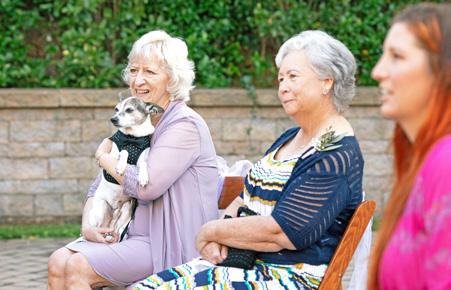