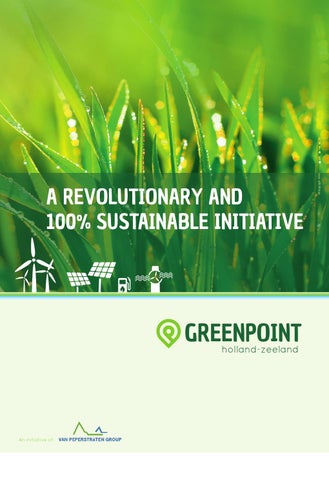 A REVOLUTIONARY AND 100% SUSTAINABLE INITIATIVE

A UNIQUE PROJECT, NEVER SEEN BEFORE IN THE WORLD Van Peperstraten Group has existed as a family business for five generations on Goeree-Overflakkee. The farm grew into a large producer under the leadership of grandfather Tone Peperstraten. Once farmers wanted to parcel out their plots – sometimes spread out over several polders – and wanted to work towards scaling-up their plots, his son Kees van Peperstraten noticed a need for a new market. He decided to enter the world of property mediation. As a farmer he didn’t only know the market, but he, as no other, knew the need for personal and discreet mediation in the purchase and sale of complete farms, land, plots and when leasing.

Meanwhile, Tonnie van Peperstraten is continuing his father Kees’ work. In a new era in which nature and landscape play an important role. Initially the early parcelling out of the land was at the expense of existing nature on the island, but now new spectacular nature areas are emerging on the island. In the polders new trees are being planted and old creeks are getting more space. The growing awareness of sustainable solutions also fits within this perspective.

Tonnie looks at his family business, the Van Peperstraten Group, with a new vision and brings all work areas together logically and effectively. His farm, covering 300 acres and where for example onions, potatoes, sugar beet, wheat and tulips are grown, has been made completely CO2-neutral thanks to state-of-the-art technology and he is also launching a sustainable gas station which uses alternative fuels: Greenpoint Holland-Zeeland. By looking further than his own discipline, Van Peperstraten connects his private initiative with citizens, governments, the European Union, the industry and business sector and science. A unique project, never seen before in the world.

Greenpoint Holland-Zeeland In the middle of the island Goeree-Overflakkee in Zuid-Holland, the Van Peperstraten Group is developing a unique total concept concerning sustainable energy. Greenpoint Holland Zeeland is a revolutionary initiative that brings agriculture, technology and innovation together to produce energy with natural resources without producing damaging waste.

Focal point Greenpoint Holland-Zeelandâ&amp;#x20AC;&amp;#x2122;s location, at the foot of the Grevelingendam, is no coincidence. The local and provincial authorities are investigating the possibility of a tidal power station on the Brouwersdam. This initiative, together with the arrival of 200 megawatts of wind power, is an important step towards the national target to generate twenty percent of all energy in sustainable ways by 2020. The energy from this power station, the windmills and the Greenpoint is helping Goeree-Overflakkee in its efforts to be completely energy neutral by 2020.

The tidal power station and Greenpoint Holland-Zeeland can help make the area around the Grevelingendam and the Brouwersdam the focal point of a new Delta export product.

An important step towards the national target is

BUT WE GO FOR

STORAGE SHED FOR THE FUTURE The storage of agricultural products such as potatoes, onions, wheat and carrots uses a lot of energy. It is still customary to cool or heat storages with fossil fuels. Even though the facilities themselves offer very different solutions. For example, the roof of the sheds is ideal for installing solar panels and for catching rainwater.

Also the rinsing water (rainwater and wastewater) that ends up on the surrounding yard is easy to store in cellars under the shed. Even the water that is formed through a process of dehumidification of the stored products flows into the storage cellar. Previously all this water would disappear into the ditches, unused.

A CLEAN, HONEST AND INEXHAUSTIBLE SOURCE TO:

OPTIMAL USE OF SOLAR PANELS AND THE INTELLIGENT COLLECTING OF RAINWATER BREAKS THE CHAIN OF POLLUTION AND DEPENDENCE ON COSTLY FOSSIL FUELS SUCH AS DIESEL AND NATURAL GAS.

CO2-NEUTRAL IN ALL RESPECTS All the water that is collected is a source of opportunities. After purification, it is useful for the production of hydrogen. It is also suitable to irrigate the crops, a much less expensive and a more environmentally friendly alternative to tap water, for this clean water saves at least fifteen percent on costs for pesticides. The purified water is suitable for the carwash and wash-boxes at Green Point. The collected water is also useful to heat or cool the storages using a heat pump. This pump and all the needed equipment operate on the energy that is generated by the solar panels.

GREENPOINT HOLLAND-ZEELAND Greenpoint Holland-Zeeland is going to get a sustainable petrol station with alternative fuels: BP station Oude-Tonge. Besides offering the regular fuels*, the petrol station will also offer two types of natural gas: a version that retains its original gas form (CNG) and a version that through extreme cooling takes on a liquid form (LNG). The Greenpoint will itself transform LNG into CNG.

Furthermore, there will be two charging stations for hybrid and electric cars, boats, scooters, segways and bicycles. Through electrolysis, the petrol station will produce hydrogen as a fuel for passenger cars, buses, tractors and trucks. In the near future, the hydrogen will also be used for the storage of solar energy and wind energy in hydrogen.

The Van Peperstraten Groupâ&amp;#x20AC;&amp;#x2122;s farm collects more water and produces more energy than it needs. This excess energy and purified water gets sent directly to Greenpoint Holland-Zeeland by pipes and cables. Therefore, all electrical equipment runs on solar energy. The charging stations for electrical cars work thanks to the solar panels attached on to the petrol station and the storage buildings. The same applies to the shop, restaurant, meeting room and the hotel. Moreover, the carwash drains water from six jet wash-boxes filled with purified rainwater.

NATURAL GAS Natural gas is the cleanest of all fossil fuels. There is even a biological variant.

Bio-LNG is created by the fermentation of organic material. The Van Peperstraten Group is momentarily exploring the possibilities of using waste products for this fermentation process. This would be the last step for completing the circle between the farm and Greenpoint Holland-Zeeland. * There will be no LPG-pump

THE FARM COLLECTS MORE WATER AND PRODUCES MORE ENERGY THAN IT NEEDS.

HYDROGEN PRODUCTION Together with governments, the industry and scientists, the Van Peperstraten Group is researching the feasibility of hydrogen production with alternative energy. Through electrolysis, water can be separated into hydrogen and oxygen (see below). Hydrogen is suitable to generate electricity in a fuel cell to drive electrical motors.

Another possibility is the use in an internal combustion engine, in which hydrogen is injected into the cylinders, and thereby powers the motor (the same as with natural gas or LPG). In both cases, the hydrogen comes in contact with oxygen, because of that a reaction takes place: hydrogen is converted into energy and water â&amp;#x20AC;&amp;#x201C; pure products that donâ&amp;#x20AC;&amp;#x2122;t damage the environment.

ELECTROLYSIS OF WATER Electricity splits water molecules, making pure hydrogen and oxygen. This process is so simple that you could make hydrogen with water and electricity wherever you are. It seems contradictory: using electricity to release the electricity stored in hydrogen. Because solar energy is free, the energy loss of fifty percent is no problem.

DRIVING ON HYDROGEN At the moment there are hardly any vehicles that run on hydrogen. Although manufacturers are developing prototypes, consumers cannot ‘fuel’ sustainable hydrogen anywhere in the Netherlands. To break this deadlock, Greenpoint Holland-Zeeland is getting an electrolysis system that produces sustainable hydrogen. The Van Peperstraten Group is working on plans to build similar stations in other places. At the same time there is a detailed plan – in cooperation with the municipality of Goeree-Overflakkee and the province of Zuid-Holland – to drive six hydrogen buses on the Flakkee-Rotterdam bus line. This plan is part of a request at European level to develop hydrogen buses that are intended for Rome, Grenoble and Flanders.

the supply of CNG and LNG. Of course, Van Peperstraten is exploring the possibilities for the deployment of an LNG and hydrogen tractor for the work on their own farm.

Manufacturers and importers such as Mercedes, Scania, Fendt and New Holland monitor the developments made in this project closely. In addition, there is contact with a waste management company to start using trucks that run on CNG and LNG for collecting household waste. Also, several transportation companies in the nearby area have shown their interest in

HYDROGEN CAN... SUPPLY ENERGY FOR ELECTRICAL MOTORS SERVE AS FUEL FOR INTERNAL COMBUSTION ENGINES SAVE SUSTAINABLY GENERATED ENERGY FOR USE AT LATER PEAK MOMENTS

WINDMILLS In hydrogen you can save energy that can be released again by using electrolysis. This principle makes hydrogen suitable for the storage of energy that has been produced by sun panels and windmills when the need for energy is low. Using hydrogen as a buffer allows managers of wind farms to save the generated energy for moments that the demand for energy peaks. The Van Peperstraten Group is exploring the possibilities with Deltawind and Eneco.

TIDAL POWER STATION The provinces of Zuid-Holland and Zeeland and the municipalities Goeree-Overflakkee and Schouwen-Duiveland are exploring the possibilities for a tidal power station on the Brouwersdam and a test centre for turbines on the Grevelingendam. A passage in both dams will let the tide back in to the Grevelingenmeer.

The water that will flow through both dams will produce enough green power for all 50,000 households on Goeree-Overflakkee and Schouwen-Duiveland. Again, hydrogen can be an excellent way to temporary store this sustainably generated energy.

GREEN ENERGY FOR ALL 50.000 HOUSEHOLDS ON SCHOUWEN-DUIVELAND AND GOEREE-OVERFLAKKEE

“ A UNIQUE PROJECT IN WHICH A FARM PRODUCES SUSTAINABLE ENERGY AND THEN INVOLVES A WIDE RANGE OF SECTORS WITH IT.” University of Wageningen, partner

Greenpoint is an initiative of:

“ GREENPOINT IS A REAL GAME CHANGER. NOWHERE IN THE WORLD DOES ONE PARTY GENERATE HYDROGEN FROM ALTERNATIVE ENERGY AND FROM WASTEWATER, TO THEN USE IT FOR SO MANY DIFFERENT VEHICLES AND ALSO TO STORE ENERGY IN FROM OTHER SUSTAINABLE SOURCES.”

In the middle of the island Goeree-Overflakkee in Zuid-Holland, the Van Peperstraten Group is developing a unique total concept concerning sustainable energy. Greenpoint Holland Zeeland is a revolutionary initiative that brings agriculture, technology and innovation together to produce energy with natural resources without producing damaging waste. 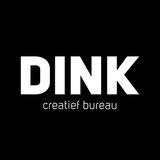