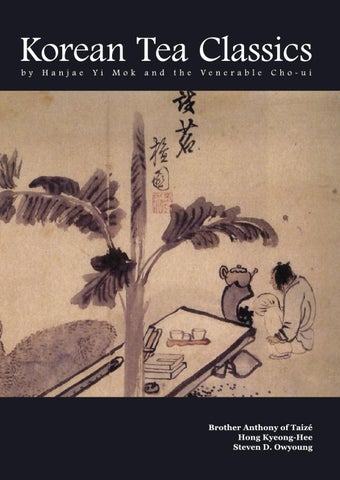 李氏自文學 愛書不愛金 爺孃己白首 吾汝猶靑衿 鶴夢嚴松老 茶煙洞月陰 慇懃求道處 且莫看雲岑 Our Yi clan has long been a studious one loving books, not wealth. Our elderly parents are already white-haired while you and I are still active gentlemen. The crane dreams of a pine on a cliff and the steam from tea fills the moonlit valley. While you tirelessly advance in quest of truth, do not look up at the clouds on the mountain peaks.

Hanjae Yi Mok (1471-1498) was born in the seventh month in the second year of the reign of King Seongjong 成宗 (r. 1469-1495) in Gageum-ri, Haseong-myeon, Gimpo city in Gyeonggi Province, the second son of Yi Yun-Saeng 李閏生 (dates unknown) who had the title of Chamui 参議, Third Minister. His clan was the Jeonju Yi clan. In a poem to a younger brother, Mi-Ji 微之 (dates unknown), he wrote:

He began schooling in his eighth year, and in his 14th year became the pupil of the scholar Jeompiljae Kim Jong-Jik 佔畢齋 金宗直 (14311492). It seems that his teacher was a tea lover who communicated his enthusiasm to his pupils. In 1489, he passed the First State Examination (Jinsa-kwa 進士科) and entered the Confucian Academy (Seonggyun’gwan 成均館). At that time, the scholar Sayun Kim Su-Son 士允 金首孫 was teaching there and, recognizing his qualities, arranged for him to marry one of his daughters. While he was studying, the king fell sick and his mother, the queenmother, ordered a shaman to pray for his recovery. As Confucians, the students disapproved strongly; they went and drove the shaman away with clubs. The king, furious, ordered a list of the students to be made and all but Yi Mok ran away; impressed by his sincerity, the king is said to have praised him and sent a gift of wine. However, Yi Mok was later sent in exile to Gongju for a time, returning to Seoul in his 21st year. In his 25th year he went to study in Beijing for a short period. While he was in China he may well have been in contact with scholars who introduced him directly to the Ming dynasty practices of tea and to the main Chinese texts about tea, which clearly influenced his writing. On returning, he took the Daegwa 大科 (Higher State Examination) in 1495 and was awarded the highest place. In his 26th year he was appointed to a junior administrative position over the military in what is now South Hamgyeong Province (North Korea) but in the following year he was given leave and continued his studies in private; in this year his son Yi Se-Jang 李世璋 (1497-1562 ) was born. In 1494, the ill-fated Prince Yeonsan 燕山君 (r. 1494-1506) came

The graves and memorial hall of Yi Mok and his immediate descendants in Gimpo.

to the throne and 1498 saw the Muo Sahwa 戊午士禍, one of twelve violent “literati purges” caused by a power struggle between differing factions that characterize this period of Korean history. In the Muo purge, the deceased Kim Jong-Jik was Yeonsan’s prime target, because Kim had written a veiled attack on the prince’s great-grandfather, King Sejo 世祖 (r. 1455-1468), who instituted the purges of 1453-1455. The body of Kim was exhumed and decapitated and on the 26th day of the 7th month in 1498 Hanjae Yi Mok was executed. He is reported to have behaved with great courage, writing a final poem, then calmly going out to execution as if nothing special were happening to him.

Among all the things that people possess, sometimes enjoy and sometimes savor, if there is one that pleases a person through a whole lifetime, without ever growing tired of it, that will be because of its essential quality. Li Bai’s1 moon or Liu Bolun’s2 wine are different things but, in terms of the enjoyment they give, they are the same. I was not familiar with tea, but after reading Lu Yü’s3 Classic of Tea I discovered something of its true nature and came to value tea immensely. L o n g a g o, Z h o n g s a n 4 e n j oy e d p l a y i n g t h e z i t h e r and composing rhapsodies, while Pengze 5 delighted in chrysanthemums and sang songs; each made the mysterious qualities of their art better known. Although the merits of tea are the highest of all, there has been no one so far to celebrate it. This is like mistreating a worthy person; what could be worse? Therefore, as I examine the names of various teas, list the districts producing them, grade their qualities, I compose my rhapsody. Someone said: “Tea means taxes, which are harmful to the people, so why do you want to praise it?” to which I replied: “That may well be the case, but Heaven ordained no such rule, that is entirely man’s fault, not tea’s. Besides, I have such an immense fondness for tea that I have no time to waste in such quibbles.”

in the Tang Dynasty, said to have drowned after reaching for the watery reflection of the moon. 2 Liu Bolun 劉伯倫: Liu Ling 劉伶 (221‐300), a poet and one of the “Seven Sages of the Bamboo Grove” 竹林七賢 of the Three Kingdoms period. A famous wine drinker with the sobriquet Bolun, he wrote a hymn praising its virtues. 3 Lu Yü 陸羽 (733-804): the great “Saint of Tea” and author of the ChaJing 茶經

(Classic of Tea), the founding text of the Way of Tea.

4 Zhongsan: Xi Kang 嵇康 (a.k.a. Shuye 叔夜 and Zhongsan daifu 中散大夫, 223-262), a legendary Chinese musician and poet of the Wei dynasty. He is said to have composed the QinFu 琴賦 (Rhapsody on the Qin) which he performed a last time just before being executed during a factional conflict. 5 Pengze: Tao Yüanming 陶淵明 (365-427), a poet of the Eastern Jin, who was briefly the magistrate of Pengze 彭澤 in Jiangxi and was inordinately fond of chrysanthemums.

2. The Names for Tea

1 Tea in many forms: Steven Owyoung notes that here Yi Mok is paraphrasing the Classic of Tea, Part One, “Origins”: 其名一曰茶﹑二曰檟﹑三曰蔎﹑四曰茗﹑五曰荈. “The names of tea are 1) cha, 2) jia, 3) she, 4) ming, and 5) chuan.” But Yi Mok replaced two of the names of tea with han 寒 and bo 菠. Han 寒, cold, is a reference to the medicinally cold property of tea. Yi Mok took the medical notion from “Origins” as well: “As for the herbal use of tea, its effect is cold 茶之爲用

the using tea grown on “shaded mountain slopes and valleys.” As for bo 菠, leafy vegetable, this is a reference to the use of tea leaves as food that Yi Mok read in the the Classic of Tea, Part Seven “Writings on Tea”: “晏子春秋 嬰相齊景公時 食脫粟之飯 灸三戈五卯茗萊而已” “According to the Spring and Autumn Annals of Master Yan, when Yan Ying 晏嬰 (died 500 BC) was minister to Duke Jing 景公 (r. 547-490 BC) of the State of Qi, he only ate coarse grain and three roasted fowl. On the fifth watch between fifth and seventh hours of each morning, he took only a meal of mingcai 茗菜, tea and herbs.” The following notes on the names of tea owe everything to the scholarship of Steven Owyoung, especially the identification of certain teas as having originated in a particular Chinese dynasty: Tang (618-907); Song (960-1279: Northern Song 960-1127, Southern Song 1127-1279); or Yüan (the Mongol Dynasty, 12711368). 2 Immortal’s Hand 仙掌: a caked tea from the region of Yüquan Temple 玉泉寺 near Jingzhou 荊州; also a Tang, loose-leaf tea from Dangyang, Hubei 3 Thunder‐clap 雷鳴: a caked tea from Zhongding Mountain 中頂山 near Yazhou 雅州; a Tang tea from Mount Meng in the Ming mountains of Yazhou (modern Ya’an, Sichuan) 4 Bird‐beak 鳥嘴: a Tang and Song loose leaf tea from Hengyuan 橫源 in Shuzhou 蜀 州,

An ancient copy of the DongChaSong

The text consists of the poem itself, divided into 17 stanzas of varying lengths,

and a series of notes by Cho‐ui inserted after the relevant line. Each new stanza is indicated by a number in the Chinese text. ❖

The title reads “Eastern Tea,” which indicates Korea as seen from a Chinese

law of King Jeongjo and a great lover of tea. He and his brothers were close to Cho‐ui.

Heaven and Earth1 wed together a beautiful tree and the virtues of the tangerine. It obeys their command, invariably living in the southern regions. The thickly-growing leaves struggle with sleet to stay green during the winter, its white flowers blossom splendid in autumn, bathed in frost.

Although the great Tang dynasty enjoyed every kind of delicate food, the only plant recorded in the Qinyüan Garden1 was Purple Beauty.2

In the Classic of Tea the taste of tea is said to be “satisfying and lingering.”4

Whenever Emperor Dezong of the Tang dynasty sent delicacies and beverages to Princess Tongchang,3 the tea was always Green Flower and Purple Beauty.

1 Qinyüan Garden: Qin Yüan 沁園, a wooded park on the estate of Liu Zhi 劉致, Princess Qinshui, the daughter of the Emperor Mingdi 明帝 (r. 58‐75) of the Eastern

Han Dynasty (25‐220 AD). 2 Purple Beauty: ziying 紫英, “russet or purple beauty [flower]” has no particular literary or botanical meaning; the color purple, however, is a potent Daoist hue, and when descriptively used, it adds a spiritual dimension. 3 Princess Tongchang: Tongchang gongzhu 同昌公主, no such person is recorded among the children of Dezong (742‐805). A Princess Tongchang (died 870) was the favorite daughter of Emperor Yizong 懿宗 (r. 859‐873). Cho‐ui apparently wished to link the Han Dynasty plant Purple Beauty with the Tang Dynasty tea by making reference to Princess Qinshui and Princess Tongchang, both of whom were doted on by their emperor-fathers. Cho‐ui seems to have substituted the emperor Dezong for the emperor Yizong, but he is historically incorrect. 4 Satisfying and lingering: Qüanyong 雋永, a term that refers to the rich taste of the finest meats. In defining aesthetics of tea, the Lu Yü used the term qüanyong in the ChaJing to evoke the quality of a beautiful and enduring flavor.

About the Authors Brother Anthony was born in 1942 in England and entered the Community of TaizĂŠ in France in 1969. He has been living in Korea since 1980, teaching at Sogang University where he is now an emeritus professor. He has published many English translations of modern Korean literature, mostly of poetry. He and Hong Kyeong-Hee coauthored The Korean Way of Tea, published by Seoul Selection in 2007. He has been a Korean citizen since 1994, with the name An Sonjae.

Steven D. Owyoung was born in San Francisco in 1947. After a museum career as a curator of Asian art, he retired and now pursues studies in the history of tea in East Asia. He has given university and museum lectures on Chinese and Japanese tea for the last twenty years and written extensively on the Chinese history, literature, and poetry of tea. He is currently writing a book on the ChaJing, Book of Tea, by the tea master Lu Y眉 of the Tang Dynasty.

Hong Kyeong-Hee was born in North Jeolla Province in 1957. He has given presentations and performances of the Korean tea ceremony within Korea as well as in Japan, China and several European countries. He has also taught courses on Korean tea culture in a number of universities. He instructs others in the Way of Tea in the Hyodang tradition, in the Hwachon section of the Panyaro Institute for the Way of Tea. He makes his own tea on the slopes of Jiri-san Mountain every springtime. 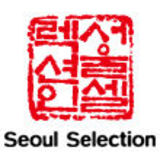 This volume offers an English translation of these three remarkable works, with explanatory notes and biographies of the two great masters o...

This volume offers an English translation of these three remarkable works, with explanatory notes and biographies of the two great masters o...