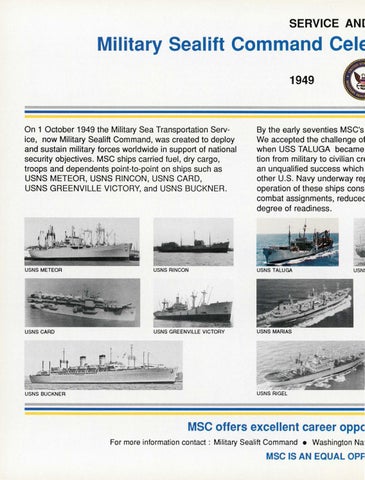 By the early seventies MSC's We accepted the challenge of when USS TALUGA became tion from military to civilian en an unqualified success which other U.S. Navy underway ref operation of these ships cons1 combat assignments, reducec degree of readiness.

MSC IS AN EQUAL OPP