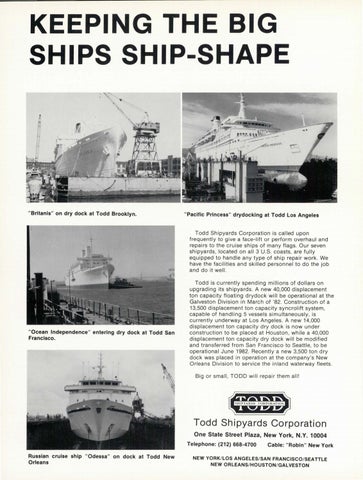 &quot;Pacific Princess&quot; drydocking at Todd Los Angeles Todd Shipyards Corporation is called upon frequently to give a face-lift or perform overhaul and repairs to the cruise ships of many flags. Our seven shipyards , located on all 3 U.S. coasts , are fully equipped to handle any type of ship repair work . We have the facilities and skilled personnel to do the job and do it well.