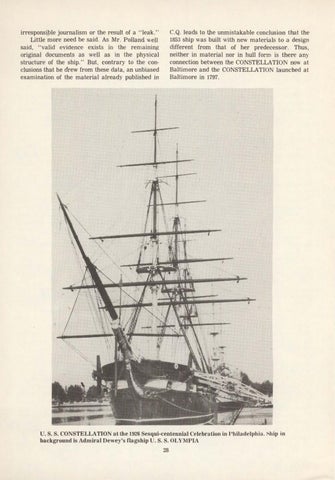 irresponsiJ:>le journalism or the result of a " leak." Little more need be said. As Mr. Polland well said, " valid evidence exists in the remaining original documents as well as in the physical structure of the ship." But, contrary to the conclusions that he drew from these data, an unbiased examination of the material already published in