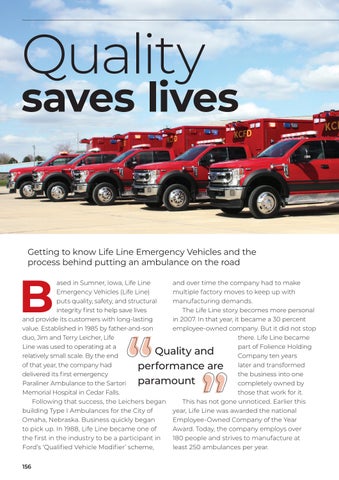 and over time the company had to make multiple factory moves to keep up with manufacturing demands. The Life Line story becomes more personal in 2007. In that year, it became a 30 percent employee-owned company. But it did not stop there. Life Line became part of Folience Holding Company ten years later and transformed the business into one completely owned by those that work for it. This has not gone unnoticed. Earlier this year, Life Line was awarded the national Employee-Owned Company of the Year Award. Today, the company employs over 180 people and strives to manufacture at least 250 ambulances per year.

ased in Sumner, Iowa, Life Line Emergency Vehicles (Life Line) puts quality, safety, and structural integrity first to help save lives and provide its customers with long-lasting value. Established in 1985 by father-and-son duo, Jim and Terry Leicher, Life Line was used to operating at a relatively small scale. By the end of that year, the company had delivered its first emergency Paraliner Ambulance to the Sartori Memorial Hospital in Cedar Falls. Following that success, the Leichers began building Type I Ambulances for the City of Omaha, Nebraska. Business quickly began to pick up. In 1988, Life Line became one of the first in the industry to be a participant in Ford’s ‘Qualified Vehicle Modifier’ scheme,

Quality and performance are paramount

The latest edition of Manufacturing Today 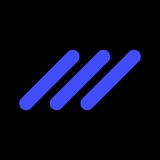