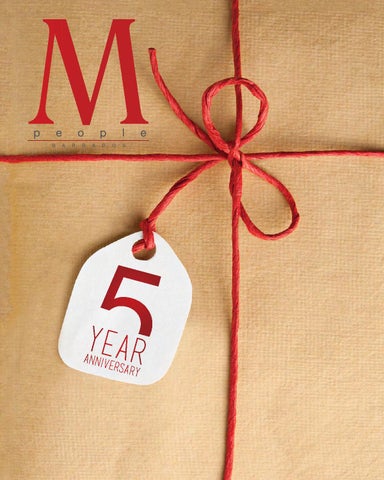 Adrian Gill is one of those people whose accomplishments are accumulating while he is following his passion. He is Barbadian and a Harvard graduate, former Global Vice President of the footwear division at Puma, a distinguished entrepreneur and the man behind the Barbados Tourism Authority’s (now Barbados Tourism Marketing Inc.) Global Brand Campaign

For a brand to succeed it must have each of the following: desirability, differentiation and design!

Adrian Gill makes unflinching, almost intimidating eye contact with me as we discuss his life and achievements over tea at a local coffee shop. “My path is very clear but I don’t know exactly where it is going.” He looks at me and smiles, cup in hand, revealing immaculately groomed hands and a stylishly ringed finger. I interpret Adrian’s words to mean that he has allowed his passion and creativity to navigate the path of his life. He is directed by short term goals, but does not have an end-result in sight. It appears that this strategy has worked. Having attended Northeastern University and Harvard, where he received his MBA, and having held senior positions at companies such as PriceWaterhouse Coopers, A.T Kearny and Puma, where he served as Global Vice President of the footwear division, Adrian made the risky decision to begin his own creative marketing and strategic advisory business four years ago. During this time, he has helped an impressive number of U.S. businesses to succeed and has more recently set his sights on nurturing local talent and assisting the Caribbean to compete on a global scale. Adrian learned the true value of persistence, hard work and entrepreneurship through very humble beginnings growing up as the eldest of four children on a four-acre poultry farm in St. George. “You know what it means to pick beans? Now that is child labour!” he looks at me and laughs. Adrian was instilled with a positive work ethic and a foundation of solid values by his parents. His father Andrew, was an accountant and Deborah his mother, ran the family farm. Deborah’s passion for the family business resulted in her winning a United Nations Food and Agriculture Organisation (FAO) silver award for women entrepreneurs in the Caribbean. In fact, the farm was such a success that Andrew eventually quit his job to help out. It was through their commitment to the family business that his parents were able to afford to put all four of their children through school and to support them until they became successful in their respective careers. In addition to a positive family environment, athletic and physical pursuits made a significant contribution to Adrian’s development. Body building was particularly

influential in this regard. As a body building champion at the age of 16, he was the first secondary school student in Barbados to win the annual interschool body building championship two years in a row, on behalf of his alma mater, Harrison College. This victory would not have come without some initial personal failure. The very first time that Adrian took part in the championship he did so against a field of competitors, one of whom suffered from an obvious physical disability. “I thought at the very least, I absolutely could not come last,” says Adrian. Unfortunately, he did place last in his first competition but the failure became the key to his success. “My loss taught me about persistence, competitiveness and strategy. I also learned about the necessity of presenting myself favourably.” But that was not enough. “I always wanted to do one more thing,” says Adrian. “I chose to go to the United States. I wanted to see how far I could go; to compete on a global scale.” Upon completion of his undergraduate studies in Accounting at Northeastern University, Adrian joined PriceWaterhouse Coopers but found that accounting was not an adequate outlet for his creative disposition. He was also frustrated with the industry specialisation track of traditional accounting firms. Adrian suffered with inner conflict. He often told himself, “I’m doing this thing; I am good at it, but I hate it”.

He was accepted to Harvard Business School the following year. Upon graduation, he decided that regardless of remuneration, he would not accept offers that did not feed his creative passion. This was initially very difficult, as he was being aggressively pursued by companies that most recent business school graduates would have been thrilled to join. He finally understood what he was meant to do. “I did not know what I wanted until way too late but maybe if I had known what I wanted I would not have ended up where I did.” He was now on a mission to prove himself to the world. This was initially difficult because, according to Adrian, “No one believed that an accountant from Harvard Business School could be creative.” Eventually he joined the Consumer Goods Division at A.T. Kearny which led him to a position at Puma, where he began in strategic planning and very quickly advanced to the position of Global Vice President of the $2 billion footwear division, which formed 60 per cent of the company’s business. During this period, Adrian learned about the inefficiencies of the creative process, the disconnect that often occurred between creative people in his company and those in the advertising or marketing agencies. He cringed at the wasted money and resources that had no connection to the creative process. He felt that he had something to offer something that was fresh and different.

This is when he decided to apply to Harvard Business School. It was the only institution that he wanted to attend, and true to his “all or nothing” disposition, it was the only place to which he applied. He was rejected.

In 2010, Adrian started Ad Hoc Industries - an out-of-the-box creative company that focused on worthwhile projects that were driven by the mutual passion of client companies and the Ad Hoc creative teams and consultants that helped them to succeed.

Rather than feel sorry for himself, Adrian decided not to give up. He asked his friends who had been accepted to Harvard to show him their personal essays. He was amazed at what he saw.

He refers to his business model as “cost effective and nimble”. The members of his team have the luxury of cherry picking projects, based on their skills and interests.

Says Adrian, “This was a big lesson for me. I learned that you have to sell yourself unapologetically. I had to present myself better. This is a problem for Bajans - we are not like that.”

Says Adrian, “If there is any conclusion that I have made, it is that if there is a problem with a brand, it is usually due to one of three factors. For a brand to succeed, it must have each of the following: desirability, differentiation and design. If you can help a company to develop its brand and its products in each of these areas, then it doesn’t matter what industry you are in.”

This success is due to not only Rihanna herself, but in the many international strategic partnerships she brought to the table. The strategy to include her in plans for tourism growth is a smart move for the Barbados brand and her impact shouldn’t be underestimated

I learned about the inefficiencies of the creative process, the disconnect that often occurs between creative people and those in the advertising or marketing agencies

Ad Hoc’s most recent project brought Adrian back to his roots. His client, The Barbados Tourism Marketing Inc. (then BTA) retained him as Chief Marketing Officer and creative and strategic architect of the 2013 Global Brand Campaign, which featured Rihanna, with the goal of rebranding the island and building awareness and visibility. “Everyone wants return on investment, but you first have to make sure that Barbados’ target audience is aware and listening to the brand message. That’s why reaching and engaging them at scale is important.” The campaign was 100 percent digital and in one year garnered over 1 billion media impressions. These impressions were earned impressions, generated from major global media publications writing about the campaign, not paid media impressions. If Barbados’ tourism bought that many impressions via traditional media it would cost in excess of US$20M. “This success is due to not only Rihanna herself, but to the many international strategic partnerships she brought to the table. The strategy to include her in plans for tourism growth is a smart move for the Barbados brand and her impact shouldn’t be underestimated.” A video a couple minutes long featuring the singer to promote Barbados was viewed by millions and this is directly proving its purpose: “Rihanna was very easy to work with on the Barbados shoot. The only

thing her creative director said was that she wouldn’t do anything “corny”. She works really hard. On the shoot we did four locations and 10 different set-ups in two days. She made it look easy, but that was a very aggressive plan to execute. I think that applies to everything she does. She didn’t just arrive on the international stage; she’s embraced it, carved her own, very large, unique space and owned it…for 10 years.” In the 27 years since he left Barbados, Adrian has spent 24 of them trying to give back to his country. “I am now in a much better position than ever, especially with regards to helping entrepreneurs in the tech space. I feel that I am in an ideal place to help people because I can merge business with creative.” He is very active as a mentor at the Harvard Innovation Lab, and is a judge at the Harvard Business School’s Annual New Venture Competition. Adrian’s path has indeed been clear. He has been driven by the philosophy that passion should be the primary driver in business rather than money - as the former, will usually produce the latter. Says Adrian: “Success is not all material but it is definitely through measurable achievement. If I am doing what I am supposed to, then everything else will follow.”