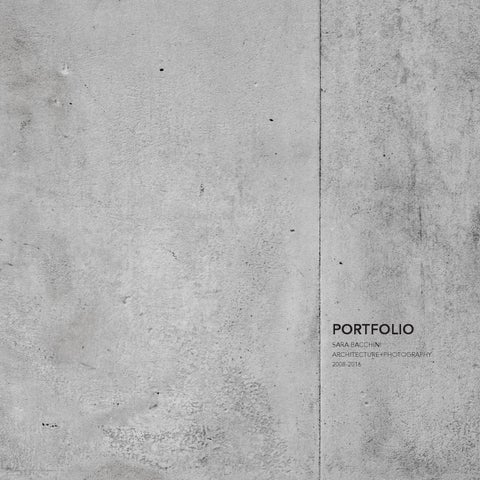 The entrance to the archeological site is driven by a circular pedestrian path, which walks the visitors trough the building. Entering from the northern side, the central corridor leads the visitors to the different functional areas distributed along two concentric bands, and provides an exit to the southern side to complete the visit around the Cromeleque. The double circular shape, which â&#x20AC;&#x2DC;embracesâ&#x20AC;&#x2122; the site, aims to establish a direct dialogue with the megaliths, while integrating itself with the environmental context, which can be fully appreciated from the roof terrace and from the glass walls running both sides of the building.

The separation between the reception/ wine bar area and the cultural area creates a hierarchy of functions, emphasized by different proportions in the height, and at the same time provides noise insulation. The gap between this two consecutive functional volumes becomes a confined and protected space, opposed to the bright and wide interiors of the lateral wings. Here are located all the distribution facilities: ramps, stairways and lifts. These appear as monolithic blocks, which stand out from the terrace level, resembling the Cromeleque pattern to create fascinating light effects.

The former slaughterhouse of Meldola, in the region of Emilia-Romagna, belongs to a group of buildings with high historical and environmental value, which were built before the scientific seismic classification and the technical regulations for constructions in high seismic zones. The complexâ&#x20AC;&#x2122;s original core, built between 1912 and 1914, is formed by three main blocks and a small annex for the hygienic facilities. These three blocks, constructed in masonry with exposed brick walls and artificial stone moldings, were associated to different functions with specific architectural styles: the forepart, which allowed the entrance to the building, consisting of three floors facing the main street. It is the most refined of the three blocks and contains the accommodations of the veterinary and of the guardian, and some public facilities. The central block, where the activities of the slaughterhouse took place, was composed by wide and well lit rooms. The back block was equipped with the stable for the animals, the observation shed and the tripery. The main pattern of the slaughterhouse remained essentially unchanged over the years, except for the pediment, originally situated in the front of the forepart and demolished in 1942, and for the borehole, added in 1940. Abandoned for at last thirty years and without a constant maintenance, the conditions of the buildings are not good: the roof ceded, and the weathering compromised the walls and the iron beams of the slabs. Other damages are located in correspondence of the openings: the lintels are damaged and, in most cases, inadequate.

The former slaughterhouse is located in a small town near to the city of ForlĂŹ, in the region of Emilia-Romagna. Meldola can be defined as a satellite town, despite the historical city-center and the strong territorial identity, as the most of its population works in ForlĂŹ. Furthermore, the former slaughterhouse itself is located in a sensible spot of the city, in between of the historical center and the residential suburb, on an high-speed and often congested road, so that it is perceived mainly as a place of transit. The main objectives of the project are the restoration of the building as a dialectical space between the historical and the contemporary periods, and the provision to the community of Meldola of a meeting space, a comfortable place to stay.

The existing buildings are reorganized as the main spaces of the new library: the forepart, as lobby and administration offices; the central one, as reading and reference areas; the back part, as childrenâ&#x20AC;&#x2122;s library. The new volume, with a steel structure and glass walls with brick shaders, wants to recall the pattern of the original facade, and hosts those functions that, for technical and lightning reasons, need appropriate spaces, such as the auditorium, the media area, the cafe and the depot. The new and the original volumes are connected each other through a structure of iron beams and glass panels.

The structural interventions involve the horizontal structures and their connections with the masonry, to improve the synergetic motion of the global structure under seismic stress. A wall footing is added to the foundations, to stabilize the lower part of the building and to increase the friction surface, inducting a more stable connection with the soil. On the ground floor, in place of the existing ballast, a suspended joist-and-hollow-blocks slab is provided, in order to realize a crawl space and avoid the rising damp.

On the first floor, the iron-beam slab is maintained: the decayed elements are substituted and a reinforced topping, connected with the masonry, is added. On the second floor, the wooden slab is maintained and strengthened with a double wooden deck; the connection with the masonry is obtained through an iron curb. A bond beam is accomplished on the roof level, to bind the structure together horizontally; the wooden structure of the roof is maintained and strengthened with the addiction of a double wooden deck; a waterproofing membrane is inserted.

Bromley-by-Bow is located in East London, close to the Olympic area and to the financial district of Canary Wharf. In the last decades, it has been subject

The aim of the project is to create a land mark, a center of attraction for the whole East London, to stimulate the local economy and to give back to the

of a massive immigration, especially from Bangladesh, with a considerably high rate of child poverty and social exclusion. It is divided in several sub-areas, badly connected each other by the Blackwall tunnel, the railway and the river Lea, a navigable subsidiary of the Thames. The river Lea is the main reason for the presence of several â&#x20AC;&#x153;industrial archaeologyâ&#x20AC;? settlements, like the gasometers, built to store high quantity of gas mainly used for public lighting up to the World War II.

community a sense of membership. The existing cast iron structures are maintained and recovered, while the new spaces are obtained underground. The convention room protrudes from the ground, as the old tanks, to capture light from outside. The pathway on the ground floor passes through the gasometers and leads to the foyer, located in a central position, in the empty space left by a removed gasometer. The auditorium and the administration area are on ground floor.

The foyer is the core space of the en-

The six convention rooms are arran-

The distribution through the building

Every space of the complex is desi-

On the ground floor of the complex a

ged along the same corridor and are

is managed by two different ramps:

gned to provide the maximum flexi-

long pathway is located between the

from both directions. It differs from

designed to ensure the maximum

the descending one, that lead to

bility: each room is totally free-stan-

the other emerging glass volumes

flexibility: they are free of encum-

the stage level, and the ascending

for its full concrete pattern and for

one, that lead to the administration

located in a central position, in order

the absence of the cast iron structure.

solutions. They also provide own re-

offices, located on the first floor. The

to create two independent groups of

while, on the other side, there is the

Here the visitors are led through the

strooms and ramps, to host in each

spiral development of the ramps is

rooms that can host different events

exalted by the design of the facade.

at the same time.

king, that faces a secondary street.

The design of the building is based on the artwork by El Lissitzky â&#x20AC;&#x153;Beat the Whites with the Red Wedgeâ&#x20AC;?, where pure and strongly-characterized forms are perfectly integrated in a unitary composition. The shop for local products is located in the parallelepiped, while the cafe, with a panoramic view on the Montalbano hills, is inside the cylinder. The connection between the two areas is the prism, where the hygienic facilities are located. The cube represents the public space: outside it takes the shape of a porch, while inside it splits the public area from the restricted one. This gap is emphasized in the facade, where the restricted areas have different proportions in height.

The tv program “Blob - di tutto di più” by Enrico Ghezzi inspired the concept of this project. It makes a critical analysis of contemporary Italian society, contextualizing and recomposing several video clips, broadcasted by various tv stations. A completely new meaning is obtained through the new editing. The title of the program is related to the homonymous sci-fi horror movie, where a mysterious gelatinous substance invades the world; for the author, this is a metaphor of the contemporary situation of the Italian culture. The project is based on the simultaneous projection of several video installations from several different

ch the single units and seeing the video one by one. Involving the river Arno was one of the commitments of the project, so a floating installation was chosen. Through the utilization of the open space offered by the surface of the river, it is possible to have a wide and complete view of the installation and to be close to the historical city centre, to give a different meaning to the classical urban landscape, often stereotyped, and to reach a large number of visitors. Each floating unit is provided with an interior and an external screen, projecting the same video. In this way, videos can be seen either individually, reaching the unit through floating boardwalks and having the possibility to watch them sitting on a sofa, or global-

spots, called units. It’s possible to have a global view from a certain distance, but it’s also possible to rea-

ly from the Lungarni, where visitors can get the new, wider and more complex message. 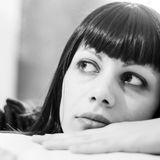