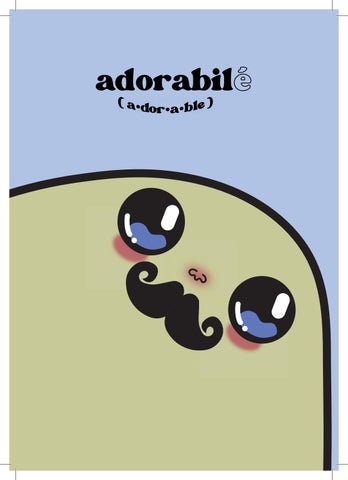 IS IT STILL CUTE?

Cute puppies, innocent children, monkeys behaving badly or even Baby Yoda sipping some tea while witnessing his protector fight for his life to save him. Why do we find these things cute? I am almost certain that each person has found something cute within at least the last month, it’s almost like we’re hotwired to find things so profoundly adorable that it overrides our brain to just say “awwww! I wanna squish your little face and bury you with a hug!”. Well unfortunately or fortunately? that might actually be the case… Mortin L. Kringelbach Profess≈sthetic qualities act as a crucial mechanism to influence us and draw us in’. Now I thought Pikachu was cute and all however I didn’t know I was unconsciously drawn into his cuteness! So aesthetic qualities, what are those? Research shows (Morten L. Kringelbach, 2016) that due to our ‘nurturing instinct’ we are drawn to animals with juvenile features. A good example of this would be large expressive eyes or huge oversized heads and their skin (of course) squishy! But why juvenile or infant-like looks? And does this translate across other animals or even older humans? Again, science says yes indeed.

I have been thinking about the iconic characters that are very cute and that are loved by us as we have grown up watching those specific cartoons and seen as a pop culture figure for us now. For example Hello Kitty, Baby Yoda, Baby Groot and Pikachu. I asked myself what they have in common? Big/rounded face, spaced forehead, big eyes but wide apart, very small nose, ears and the lips are small too considering that some japanese cute characters don&#39;t even have any lips. The lips usually are so much closer to the eyes. The head is usually larger than the body, but somehow they have this rounded body figure which can also be fluffy too. If you think about all of those characteristics, it sounds like I am describing a baby. This was outlined by austrian zoologist Konrad Lorenz who created the theory called ‘kindchenschema’ his theory (which when translated means ‘child form’.) basically outlined all what we have been saying. The big eyes, small jaw it&#39;s all there but at least you know the history

Has anyone watched an advert on Youtube or Tv where a charity asks for a donation and you feel guilty through seeing poor people or animals in disadvantaged positions or in pain and so you donate out of guilt? I am not saying donating out of guilt for a good cause is bad nor am I saying that these charities are doing something malicious, I truly do not believe that. What I am speculating upon however is on the other side of this coin, the darker, more devious and malicious side; what if companies do the same thing as in order to coerce money out of us without me or you even noticing? Remember when I mentioned the charities? Do you also notice that within the adverts innocence is juxtaposed with poverty or pain? It creates a pretty heavy response from you right? Well the marketing team tends to use children or puppies to emotionally ‘influence’ us into donating, Bernard Ross (2008), author of The Influential Fundraiser says that it is a “knee-jerk reaction” although it does not extend to long term awareness.

You know what does have a long term awareness? Baby Yoda, why am I saying that we are so infatuated by baby yoda? Because of how cute it is. It isn’t about the show but also the concept of merchandise and selling physical capital AKA toys of the character! Whitten (2021) a journalist wrote about the revenue and what was the most popular toy/merchandise of the year by Hasbro. Hasbro&#39;s annual earnings for 2020 was $5.47B, while 12% of their other intellectual properties was down one was up by 70%... that being there Star Wars line, the most common item sold by far? Grogu/Baby Yoda, which the CEO described as ‘trouble’ when referring to their in stock catalogue. The Mandalorian, also known as the guy who looks after Grogu well he was in permanent stock, I wonder why? What I am trying to say is that you should be careful of the commercials and how companies can use what you like to sell you the product that they think you want. Think of it in this way; you are a part of an extremely complex process where part of your tactical rationality is robbed or more accurately manipulated, you are not only a product responding to ‘art’ or commercials but your attention and money are also valuable. You are an asset and so a company will by any means, attempt to not sell you a story like The Mandalorian but they will invest, meaning instead of selling you something like ‘guilt’ as in the charity commercial philosophy they will “extend long term awareness” as to ‘minimise risk’. To clarify, why take the risk of investing when you can plant a seed that is almost certain to grow into a profit? That is the way this could be viewed, they aren’t selling you a product they are investing in ‘art’ to sell you as the product, they are investing in future profits. Behavioural modification at its finest, and subtle! 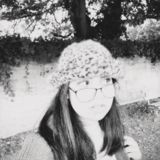